Toyota knows its Tacoma fanbase is a rabid one. More folks buy its midsize pickup than any other in the country, and it’s not even close. That means Toyota can find specialized slices of the Tacoma pie everywhere. There are three levels of TRD models for off-road enthusiasts, multiple engine options, and you can even get it with a manual transmission. That means there’s a very good chance you’ll find a 2021 Toyota Tacoma with the exact set of factory equipment and off-road performance you’re looking for. Then again, if you can’t, there’s always the lively aftermarket scene, too.

That desire to modify is what led Toyota to introduce a TRD Lift Kit earlier this year. It’s a complete factory solution to fill a gap normally filled by aftermarket companies. Toyota tossed us the keys to a Tacoma TRD Off-Road with this TRD Lift Kit fitted to it so that we could get an idea of what owners should expect were they to drop $1,450 for the gear.

The big draw to this particular lift kit is that it’s a little more than your typical lift. TRD engineers designed and tested it to be compatible with the full suite of Toyota Safety Sense features that come standard on the Tacoma, making it the only lift kit that is validated to work properly with those systems. That means your adaptive cruise control, automatic emergency braking, lane departure warning and more will work exactly as they’re intended to from the factory.

Toyota made this possible by including a new grille with a new radar sensor and camera designed to fit its special grille (that it will not sell you separately). You’ll notice that it looks just like the TRD Pro grille with the “TOYOTA” lettering spelled out. Badass. There is one slight disappointment, though. Instead of redesigning the lower fog lights (or re-aiming them), Toyota simply took them out and installed black bezels to cover the holes up, citing regulations. It looks and feels lazy, especially given the efforts made elsewhere. 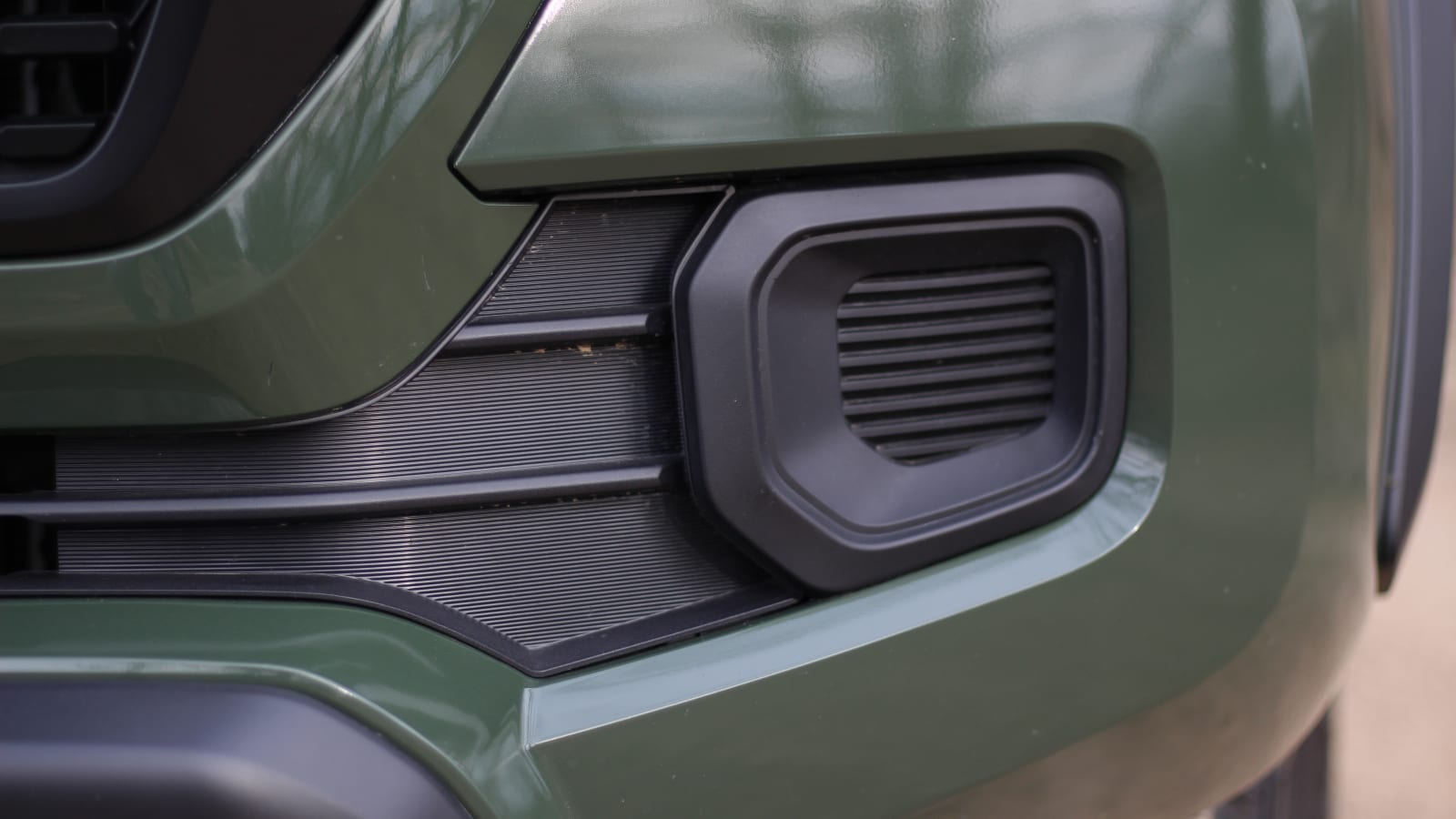 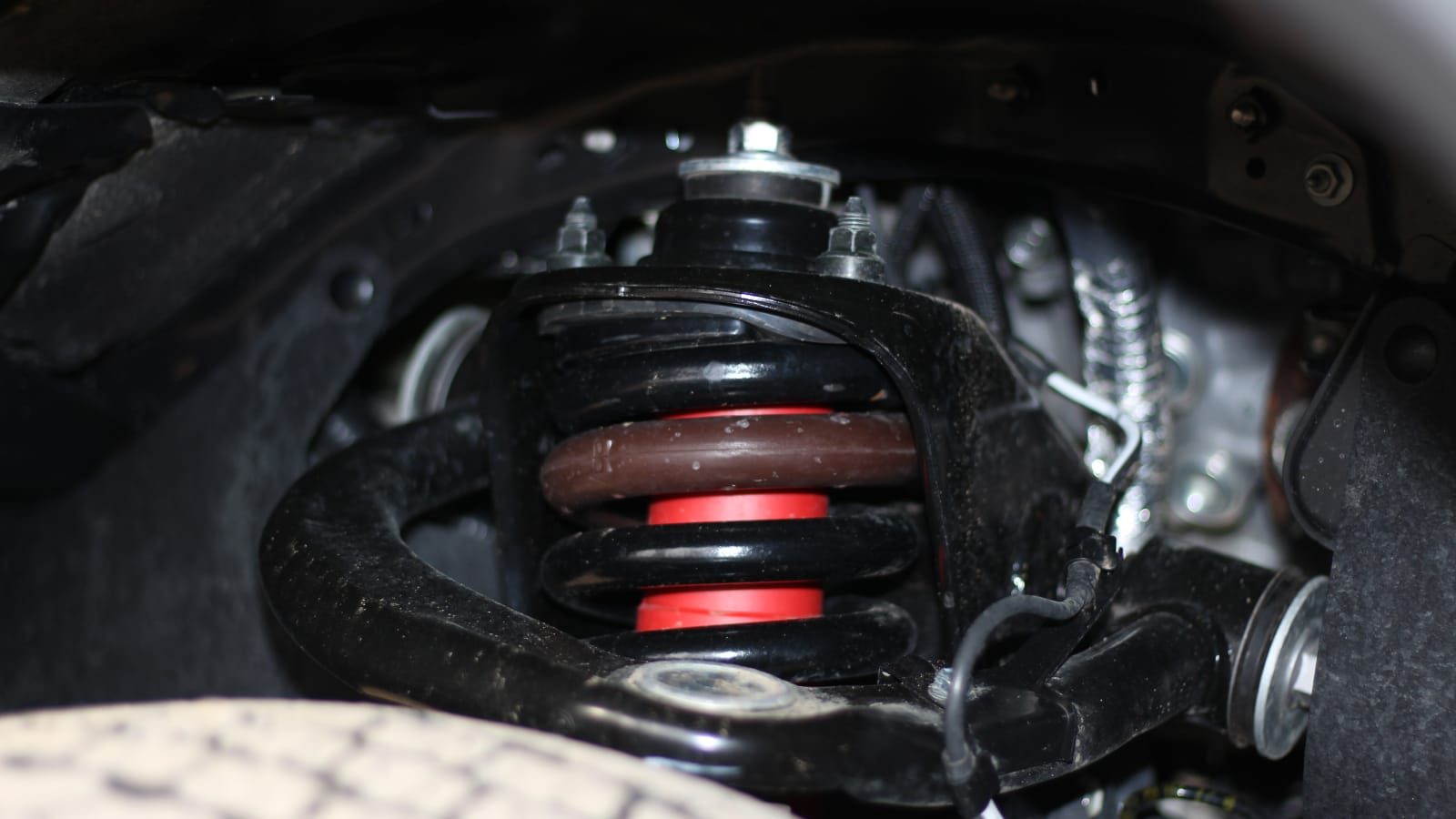 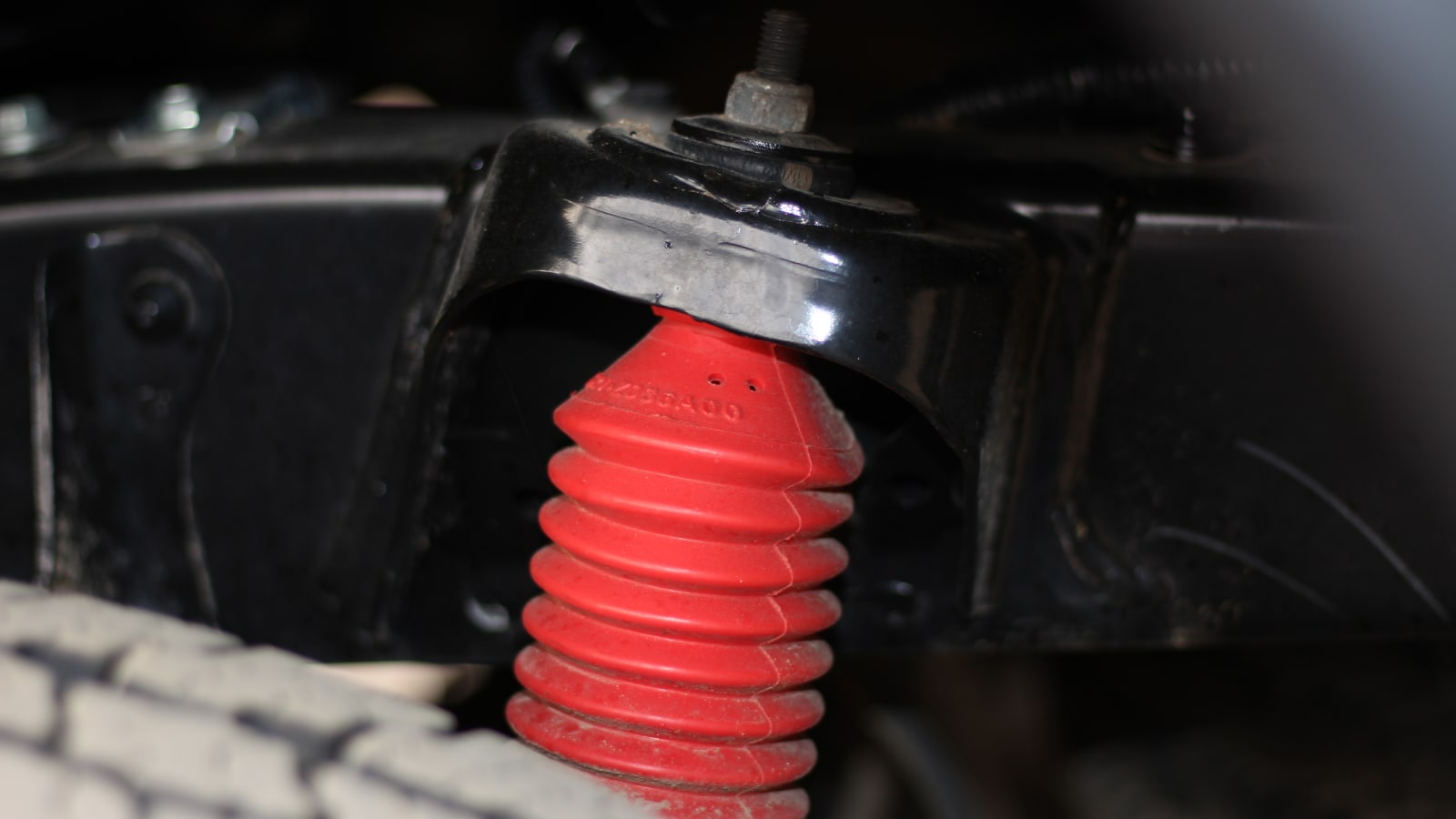 But about the actual lift. The kit brings the Tacoma’s front up by 2 inches and the rear by 1 inch, essentially leveling the truck out. New Bilstein shocks designed for this lift are designed to improve off-road vehicle dynamics and on-road drivability. The front shocks have an extended rebound stroke to take advantage of the extra suspension travel, and the rear shocks have a larger shock body (2 inches versus 1.5 inches) with additional oil volume for better heat dissipation. Those rear shocks also have larger pistons and piston rods for increased strength. If you peer into the wheel wells, you’ll notice TRD red dust boots on the shocks and “Tuned by TRD” graphics to make them stand out.

What does this new suspension get you in terms of numbers and capability? Well, the frame ground clearance goes up by 1.7 inches to 10 inches. The approach angle increases by 3.5 degrees to 35.5 from the TRD Off-Road and by 3.1 degrees to 32.1 for all other models; the departure angle goes up by 0.5 degrees to 24, and the breakover angle by 1.6 to 22.6 degrees. That’ll let you get just that little bit more off the beaten path when off-roading. It’s similar to the TRD Pro lift in height and leveled stance — that model is 1 inch taller than the Off-Road. Plus, the Tacoma TRD Off-Road wears the lift handsomely. With the TRD Pro-inspired grille, you could fool folks into thinking your lesser Tacoma TRD Off-Road is the pricey and highly-capable Pro at first glance.

How the Tacoma responds to this lift is as predictable as it gets. It drives much taller (shocker!) on the road. Some of the Tacoma’s charming agility and small-truck feeling is diminished, as it rolls and wobbles back and forth from quick steering wheel movements. Despite its smaller size, the dulled reflexes make it drive more like a full-size pickup. You’re still obviously piloting a narrower and smaller truck (it’s very livable on city streets), but there’s a handling price to pay when you jack a truck up. 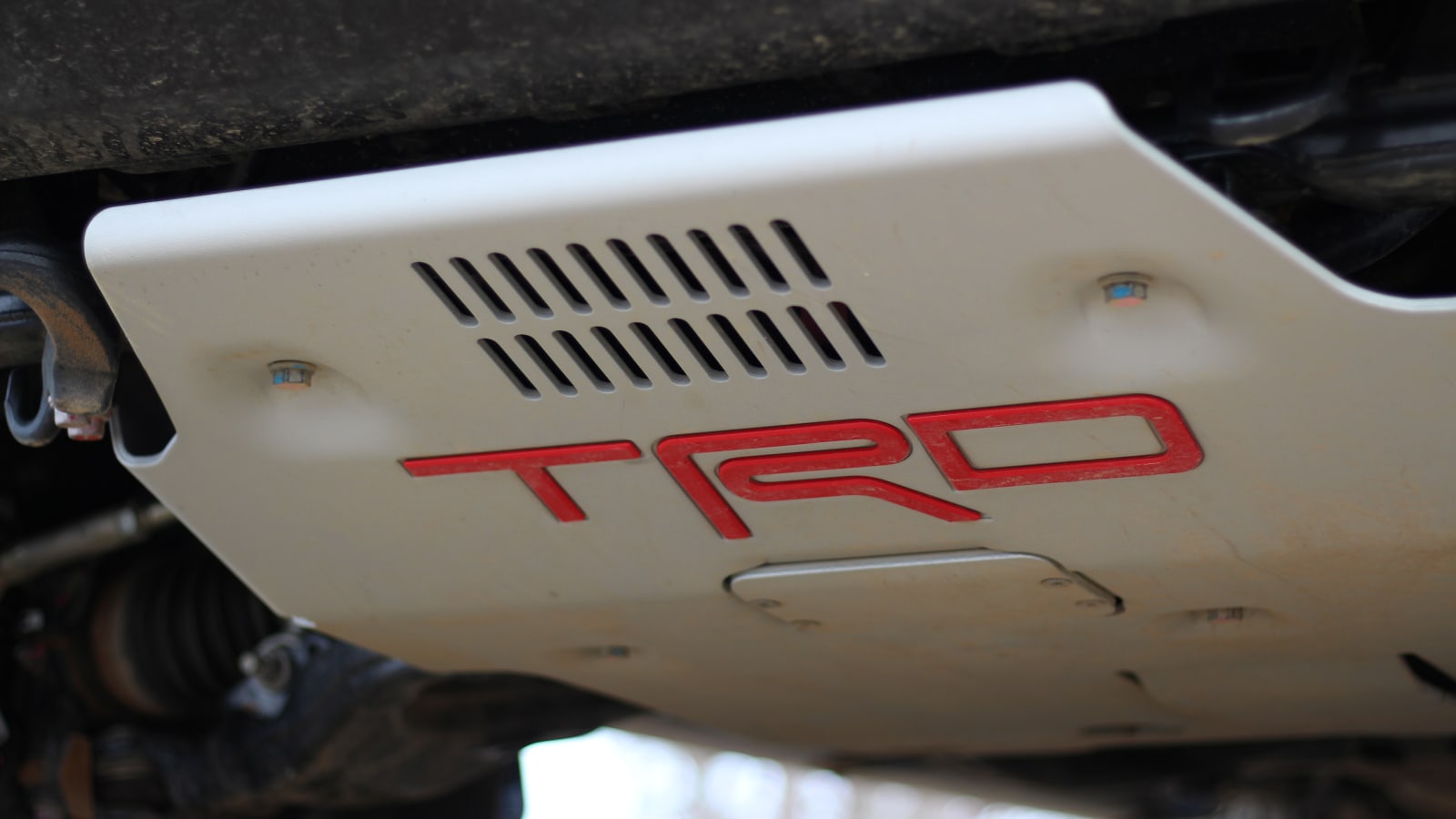 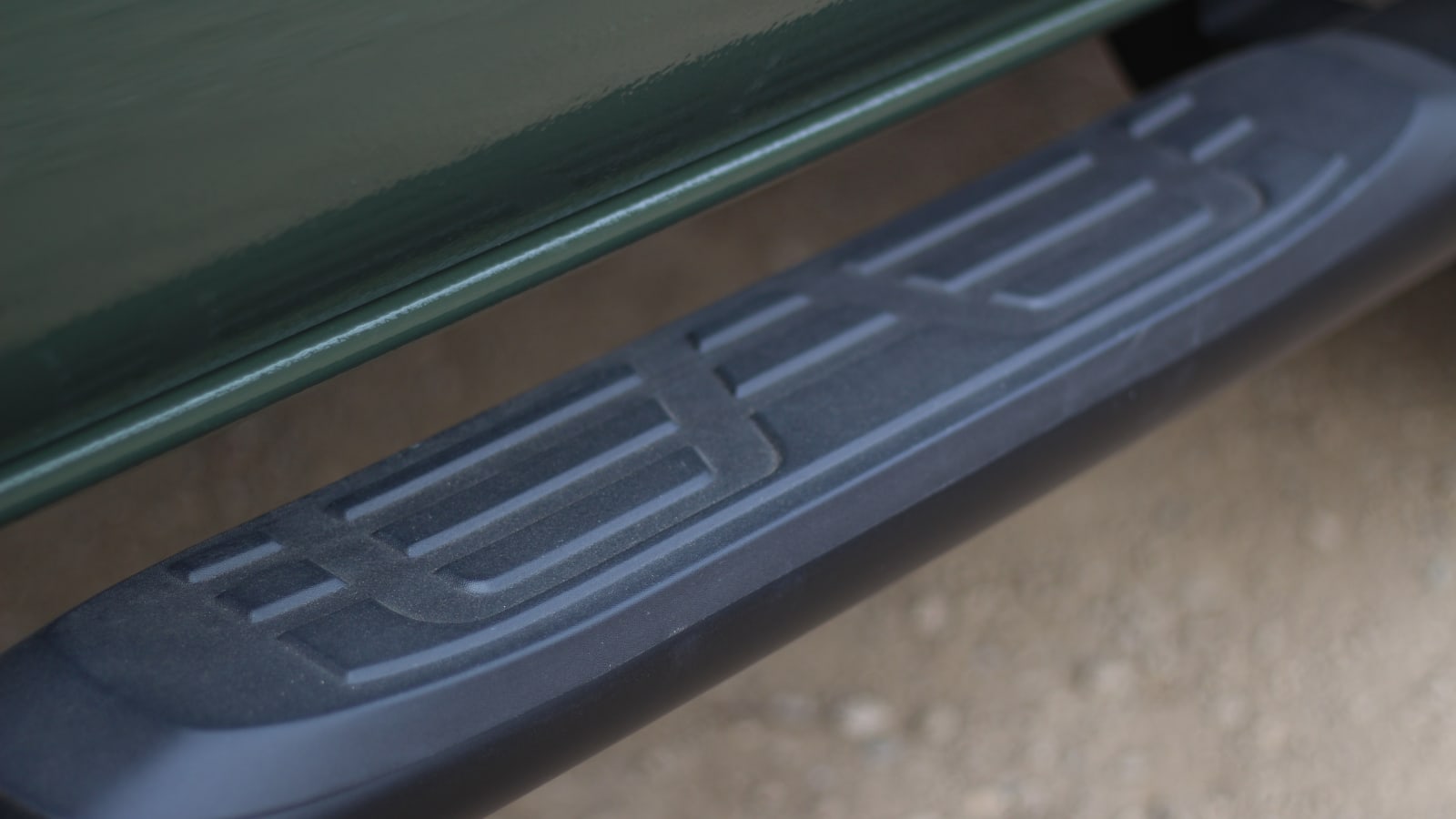 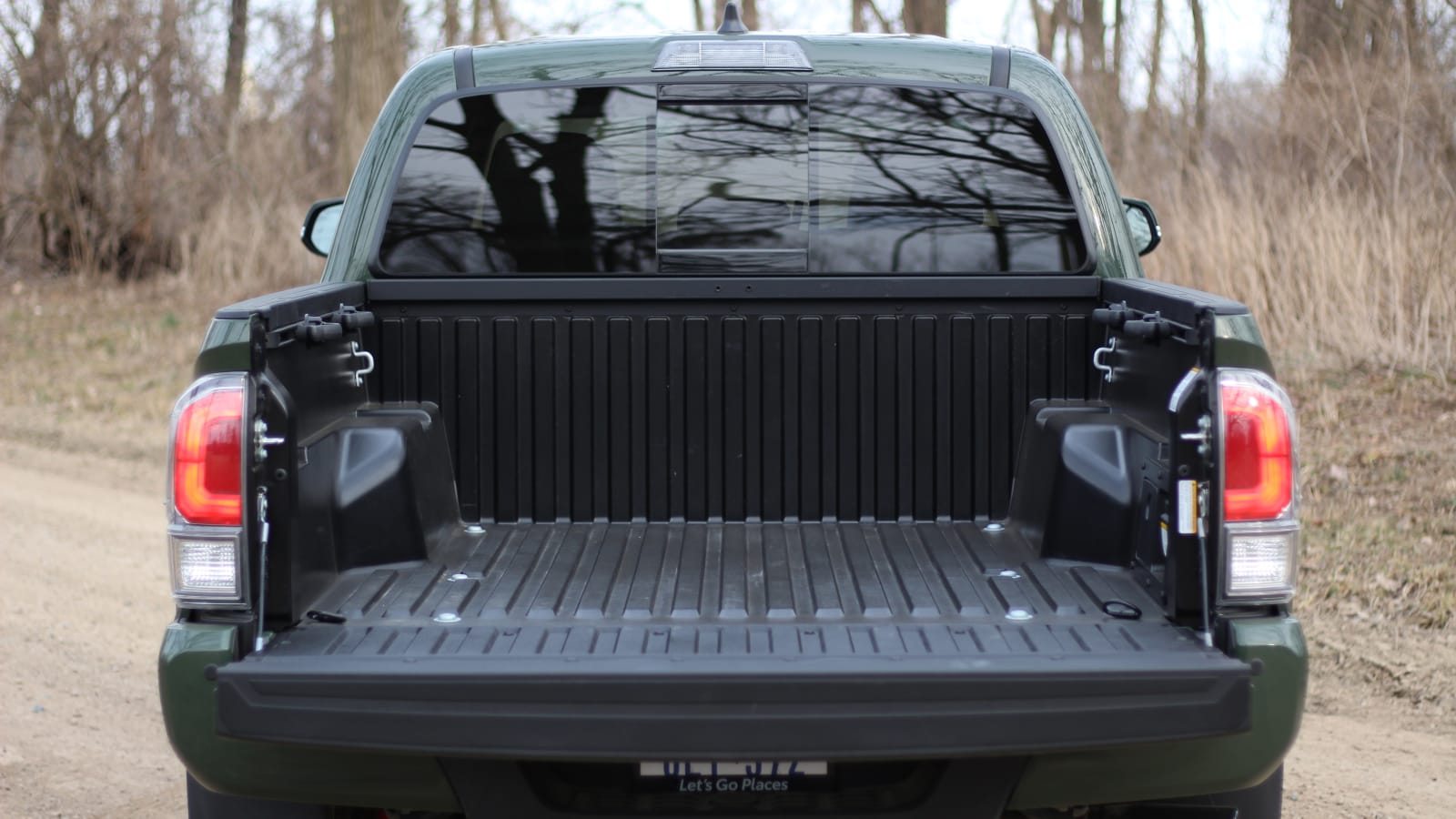 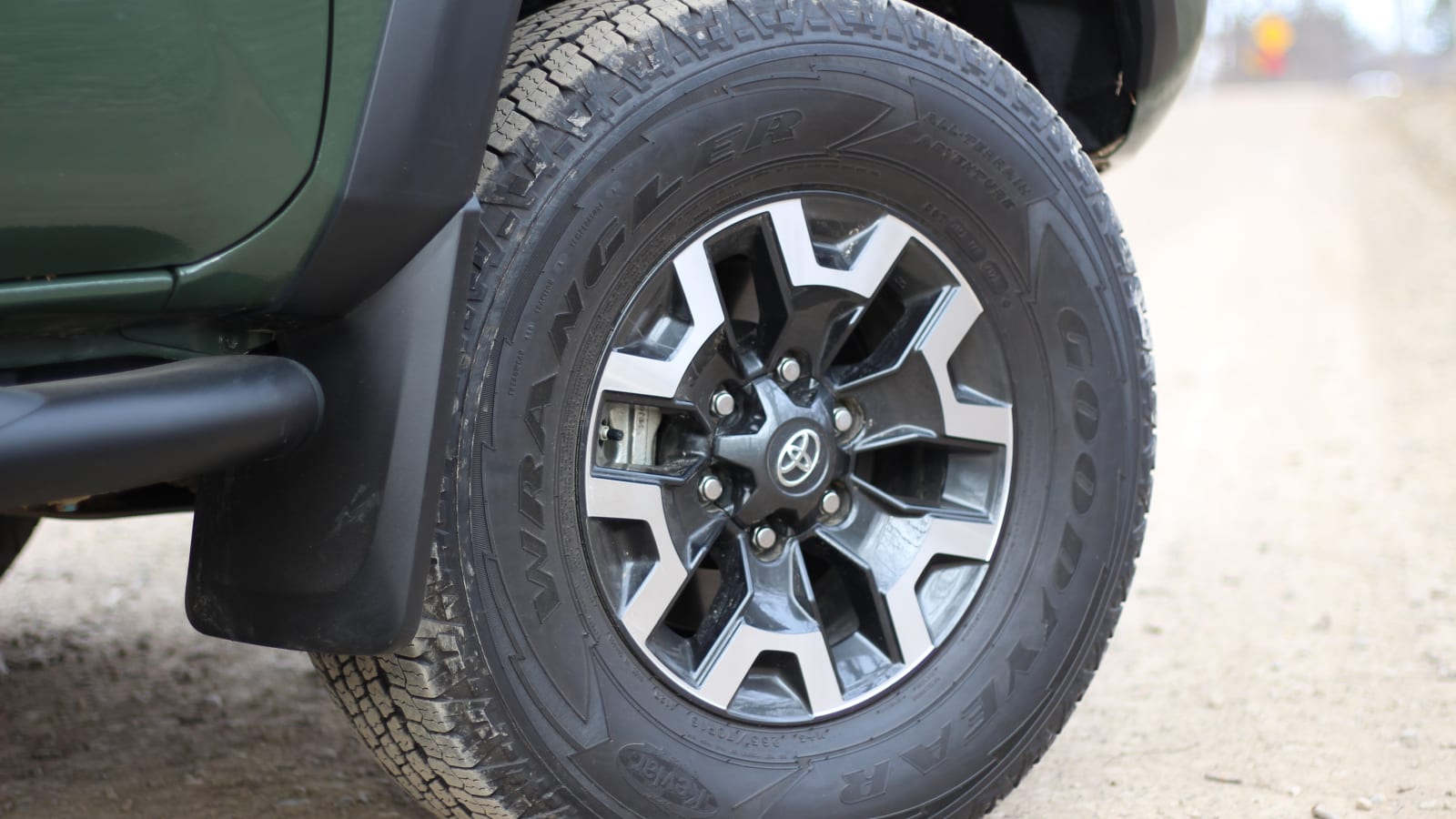 The ride quality isn’t any better than what it was from the factory. Toyota’s TRD Off-Road trim is the mid-level Tacoma model, sandwiched between the TRD Sport and TRD Pro. The Off-Road uses Bilstein dampers already, the lift kit really just swaps out one set of Bilsteins for another. Unlike the TRD Pro’s magical and pillowy internal bypass-design Fox shocks, these don’t transform the truck into a jacked-up luxury boat on poor pavement. Instead, it crashes over bumps and noticeably steps in and out of every pothole. It’s a truck, and it rides like one. The rear end will occasionally step out when flying over poorly-kept dirt roads, but there’s nothing unexpected about that.

RELATED:  Book club gets employees on the same page

To really feel like you’re taking advantage of the lift, you’ll need to head into the wilderness. We chucked it down some winding and rutted one-track trails, and the truck responded with glee. It stays buttoned down and predictable over craggy terrain, plus fear of bottoming out is assuaged by the lift. One especially tall berm that we climbed looked like it may test this truck’s height, but it clambered up and over without a whiff of scraping. We didn’t visit any challenging off-road parks with this lift, but you’ll need to find yourself on some especially demanding trails to push the limits. The TRD front skid plate and oval tube steps pictured on our test car don’t come with the kit, but if you’re buying the lift for off-road duty, they’d be recommended boxes to check.

Once we got back on pavement, Toyota’s work to retain functionality of its safety systems proved itself. Adaptive cruise control worked without a hitch, and the lane departure sensing accurately read the road lines. We can’t attest to how these systems react on a lifted Tacoma without modified sensors, but would definitely prefer a truck with all of them dialed in for the truck’s new height by Toyota engineers.

As for the rest of the truck, it drives like any other Tacoma TRD Off-Road does. The 3.5-liter V6 that makes 278 horsepower and 265 pound-feet of torque belts out a slightly menacing (but ultimately annoying) bellow from its TRD exhaust. You end up hearing that exhaust droning away far too loudly on the highway whenever you wind it up past 70 mph, and the sound isn’t exciting enough with your foot down to make up for the excessive noise. Fuel economy likely ticks down with the lift. Toyota doesn’t quote revised EPA numbers for lifted Tacomas, but we couldn’t crack 20 mpg on the interstate — our test truck is officially rated at 22 mpg on the highway from the factory.

The question remains then: Should you buy the TRD Lift Kit for your Tacoma? First, you’ll need to make sure it’s compatible. You can only fit this kit to 2020 or 2021 Tacomas that are equipped with the V6 and four-wheel drive. It also can’t be fitted to Double Cab Tacomas with the six-foot bed. That said, most V6 4×4 Tacomas will allow it. The $1,450 includes parts, but you’ll need to pay to have it installed, too. Toyota is estimating four to five hours of labor at the dealer, and the work will have to be done there, because this kit is exclusively being offered as a dealer-installed option. Your final price will vary by dealer (shopping around is therefore recommended), but expect the total out-the-door price to ring in above $1,800 installed, and as much as $2,300-$2,400 after tax if your dealer is one of the more expensive out there.

If you have the kit installed when buying a brand-new Tacoma, the warranty is good for three years or 36,000 miles. Installing the TRD Lift Kit on a used Tacoma limits the warranty to just a one-year/12,000-mile period. 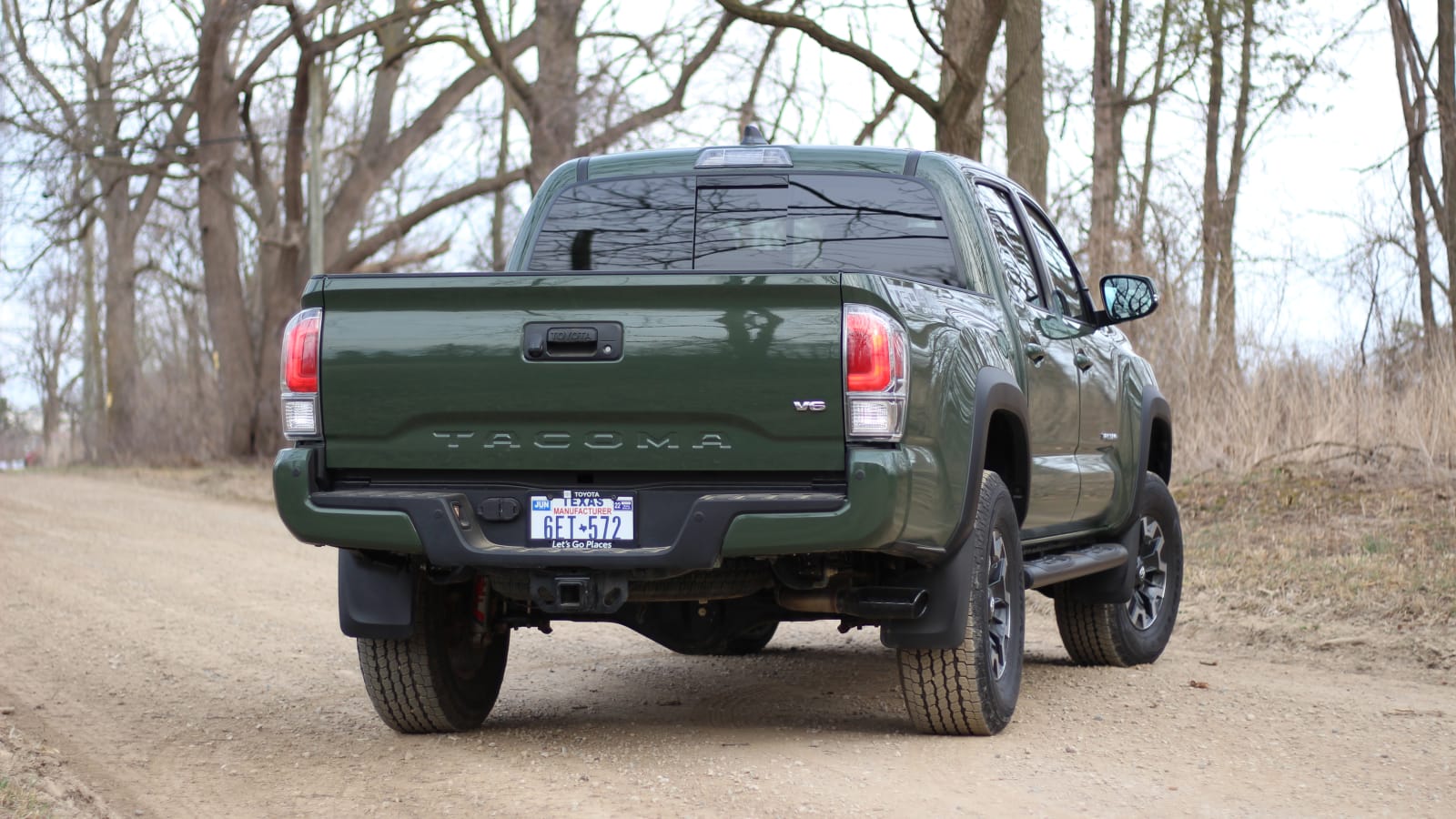 Assuming you plan on getting your Tacoma dirty (frequently and on more difficult trails), this TRD Lift Kit could make a ton of sense. You might save money by purchasing an aftermarket lift, but there’s a sense of safety, quality and reliability that comes from buying a TRD-engineered and factory-backed product. Plus, if you use your Tacoma as a daily driver, retaining fully functioning adaptive cruise control is a huge boon.

Even if you’re just into the lift for aesthetic reasons, the TRD Lift Kit remains an attractive option by virtue of its TRD Pro-like grille and aggressive stance. The handling drawbacks are an unfortunate byproduct, but that’s inevitable with a lifted pickup. Ultimately, we’re happy to see TRD offering a factory solution to something that folks often go straight to the aftermarket for. It’s a trustworthy and much-safer-than-usual lift kit — that’s something worth celebrating. 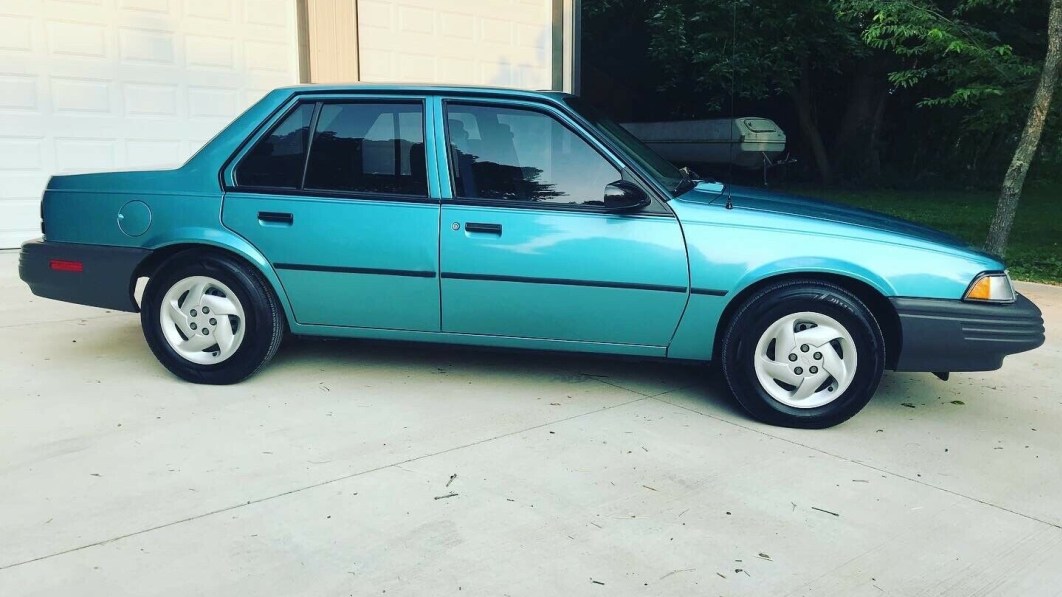