We think it’s likely that there are a lot of automobile or motorcycle enthusiasts — some may be reading this right now, in fact — who are always dreaming of what they’d build if only they had the time, skills and money required for such a project. And we get it; most of us who write about vehicles for a living fall into the same camp. But there are also a very select few who decide to stop dreaming and break out the tools. Marek Foltis belongs in that latter group.

We’ve exchanges a few emails with Marek, and before we go into the details of his incredible Bistella 500 motorcycle, it’s helpful to understand what might possess a person to set about with such a monumental task. “Honestly, I don’t know what kind of devil possessed me,” he told us before breaking his real motivation into two parts. He said he had been “tinkering with motorbikes for 15 years” and wondered “what I should do to test the limits of my ability.” 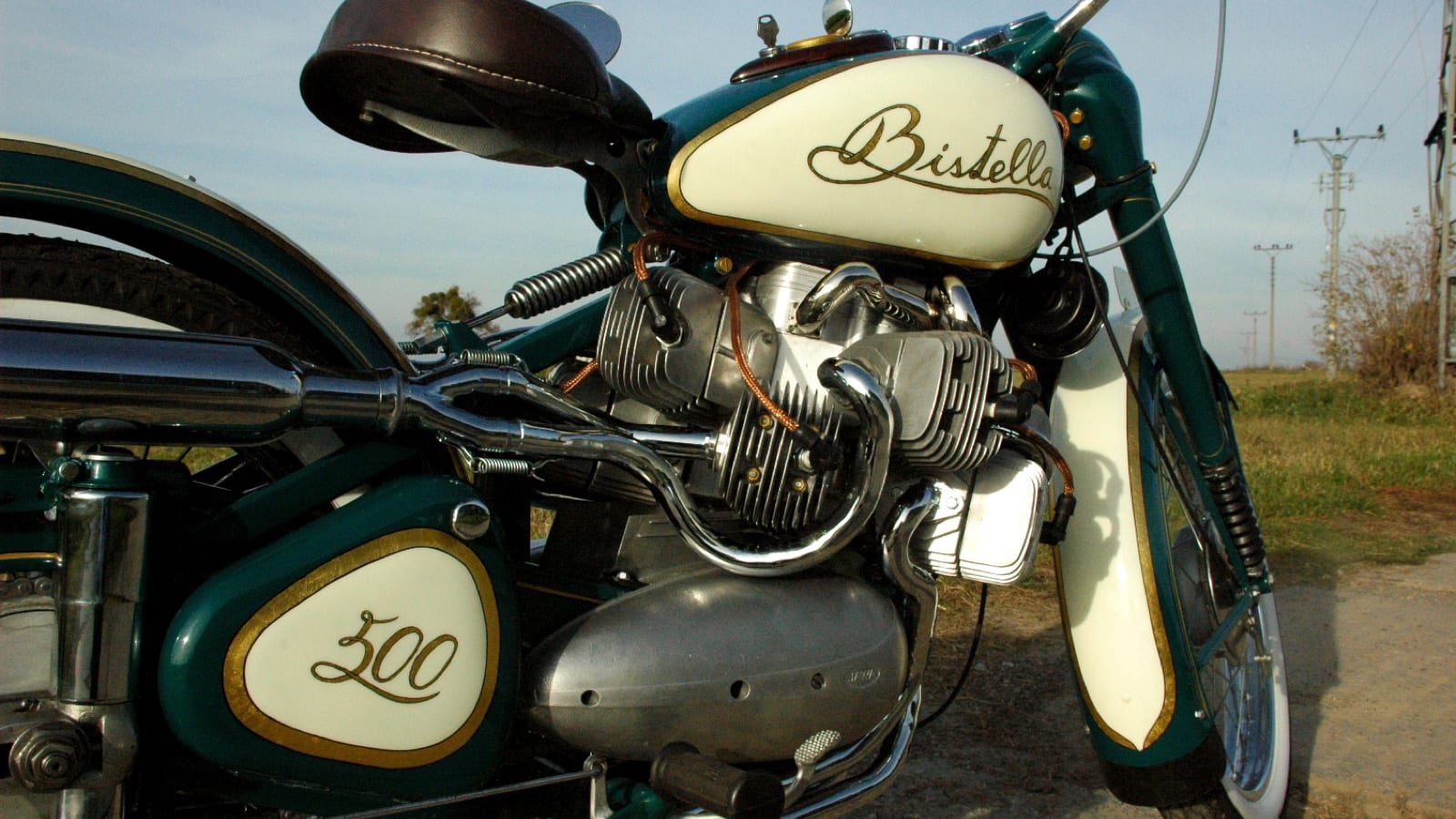 By setting a bar higher than the set of skills he had when he started ensured that he would fail. And that was the entire point. “With failure comes experience,” Marek explained to us, and “with experience your ability rises higher. So I knew that I will fail a lot. I knew it even before I started. So I wasn’t surprised when it happened … every time I failed I knew that was necessary to gain a little bit of extra experience. So it did not cost me emotional drain, that’s how I got persistence needed.”

In a more matter-of-fact secondary answer to our seminal question, Marek told us he wanted to build something that would truly be one of a kind. He set out with a clear set of parameters: It must be road-legal, it had to be built using parts made by Jawa but with an engine of his own design, it would be inspired by ’50s and ’60s motorcycles but invoke a certain shock-and-awe kind of response and be free from too many modern gadgetry. 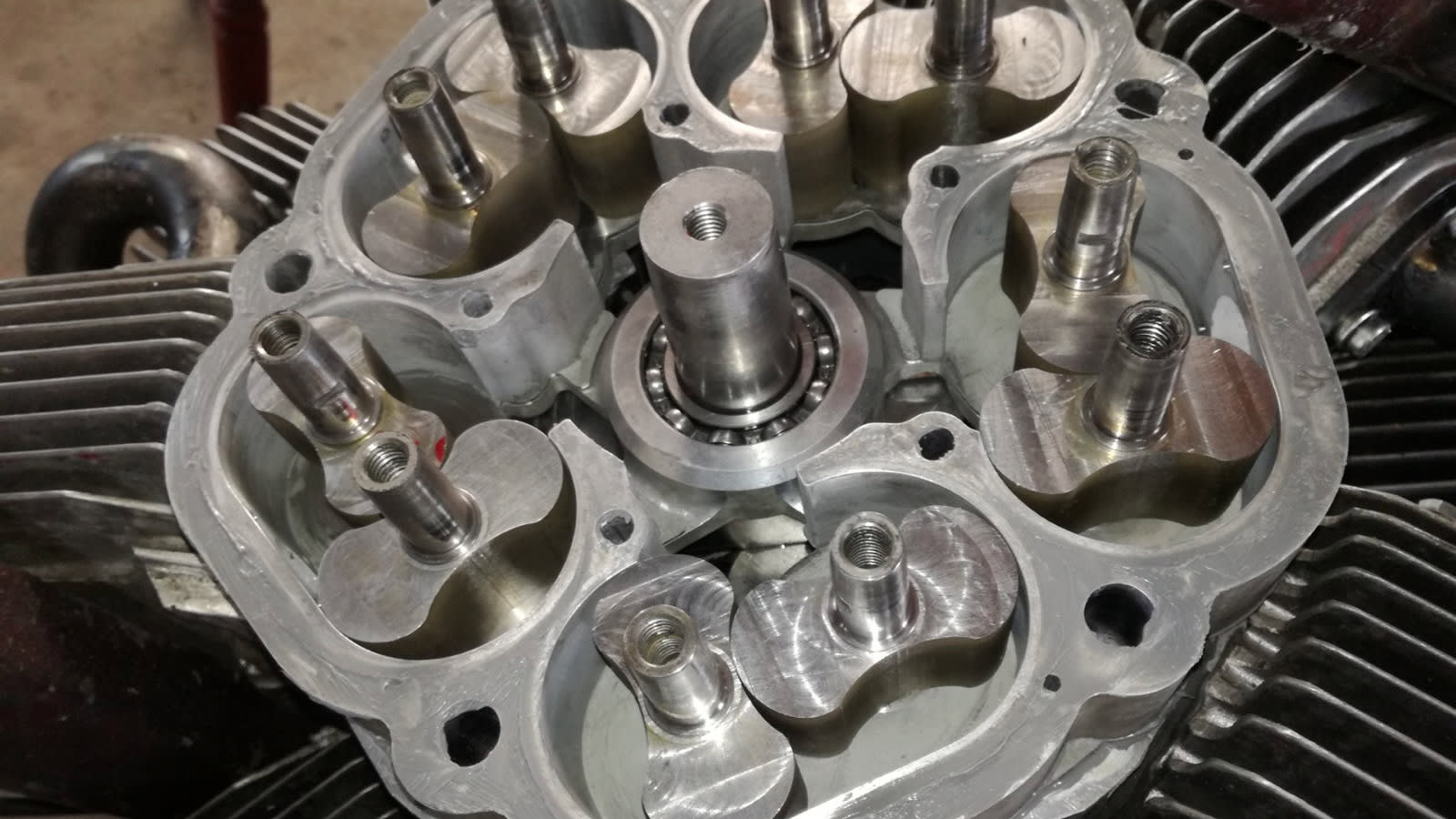 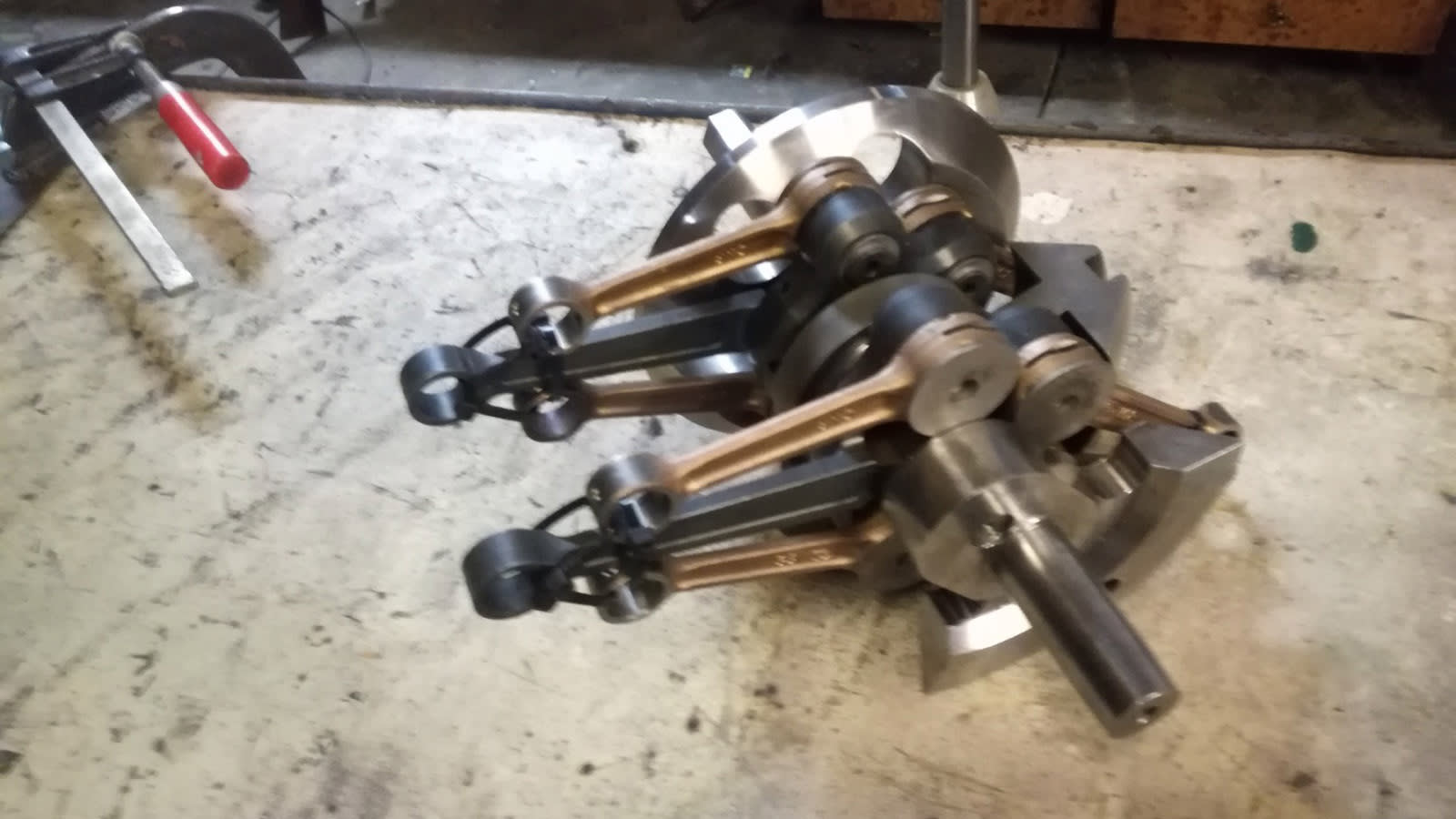 Because Jawa only made two-stroke engines, Marek’s bike would be two-stroke too. His desire to be unique led him to design a one-off radial two-stroke with integral superchargers. He settled on 10 cylinders because 8 would have been more difficult with his crank design and 12 wouldn’t fit into the exceedingly small Jawa frame he used for his machine.

Lest you think this is nothing more than a museum piece, here’s video proof that it runs and that Marek, the builder, rides it. As you can see, the oversized engine is a tight fit into the little Jawa frame, but everything sits right where it’s supposed to and looks amazing.

Not that the process of turning the Bistella dream into reality wasn’t without incident. “I blew the engine five times,” Marek told us. “Keeping my mind positive was the hardest, I was not sure if this concept will work,” he said. “I wasn’t sure it will work until the first start.”

But start it did. In its current form, Marek explains that the Bistella 500 produces a relatively low 12 horsepower, but that’s just because he had to tune it that way to get it road legal. “EU bureaucracy is so rigid,” Marek explained to us. “I had to go through multiple safety inspections, tests, and homologation it took me a year of stamp hunting. But finally, it’s legal and insured.”

RELATED:  TuSimple's self-driving trucks to use Ryder sites as terminals

Marek calculates that the Bistella’s 10-cylinder supercharged radial two-stroke engine can spin out 120 horsepower when fully uncorked, though it’s set up for a limited 60-horsepower tune in non-road-legal guise. No matter its state of tune, though, it sounds awesome, as you can hear in the video up above. 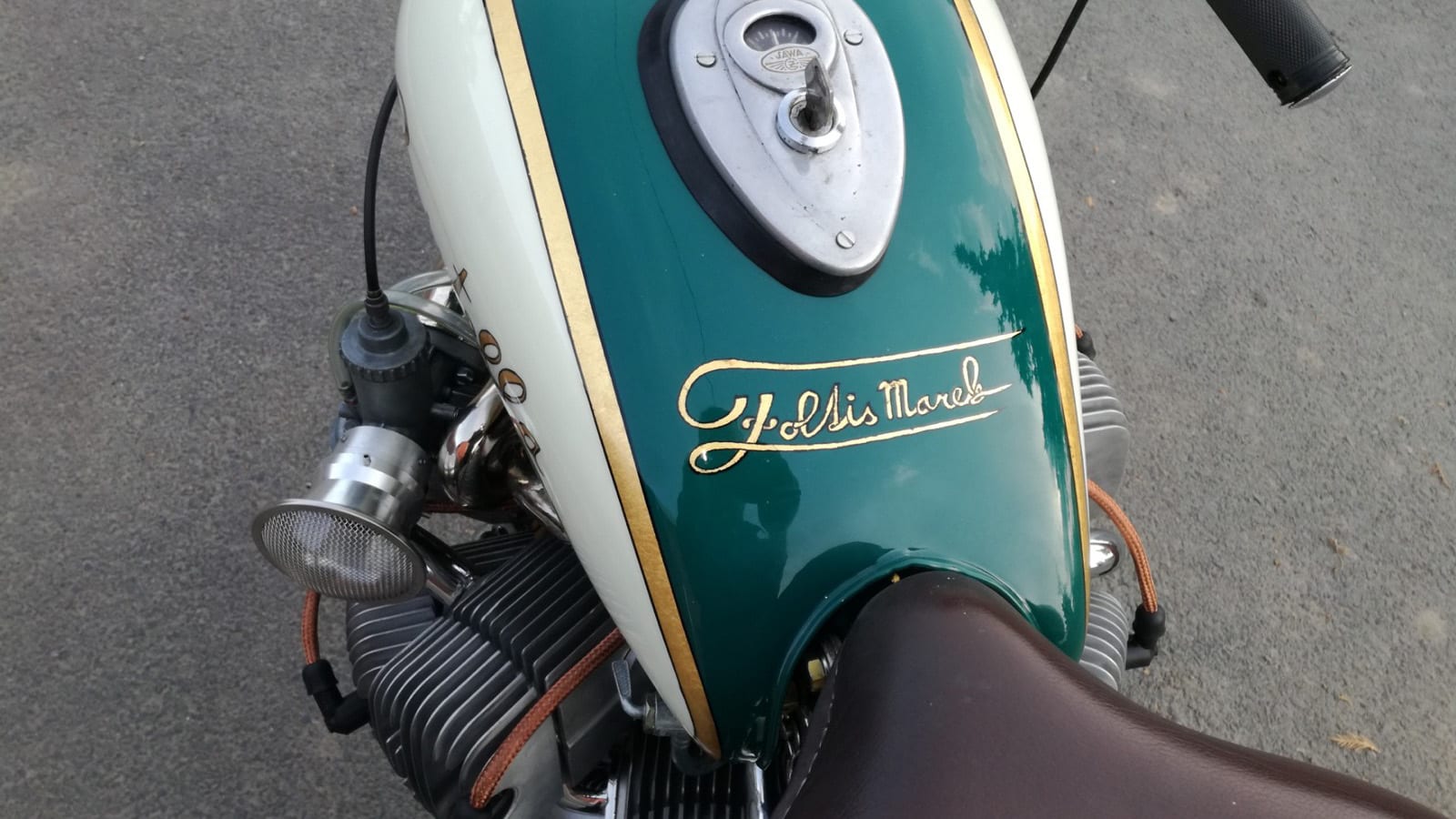 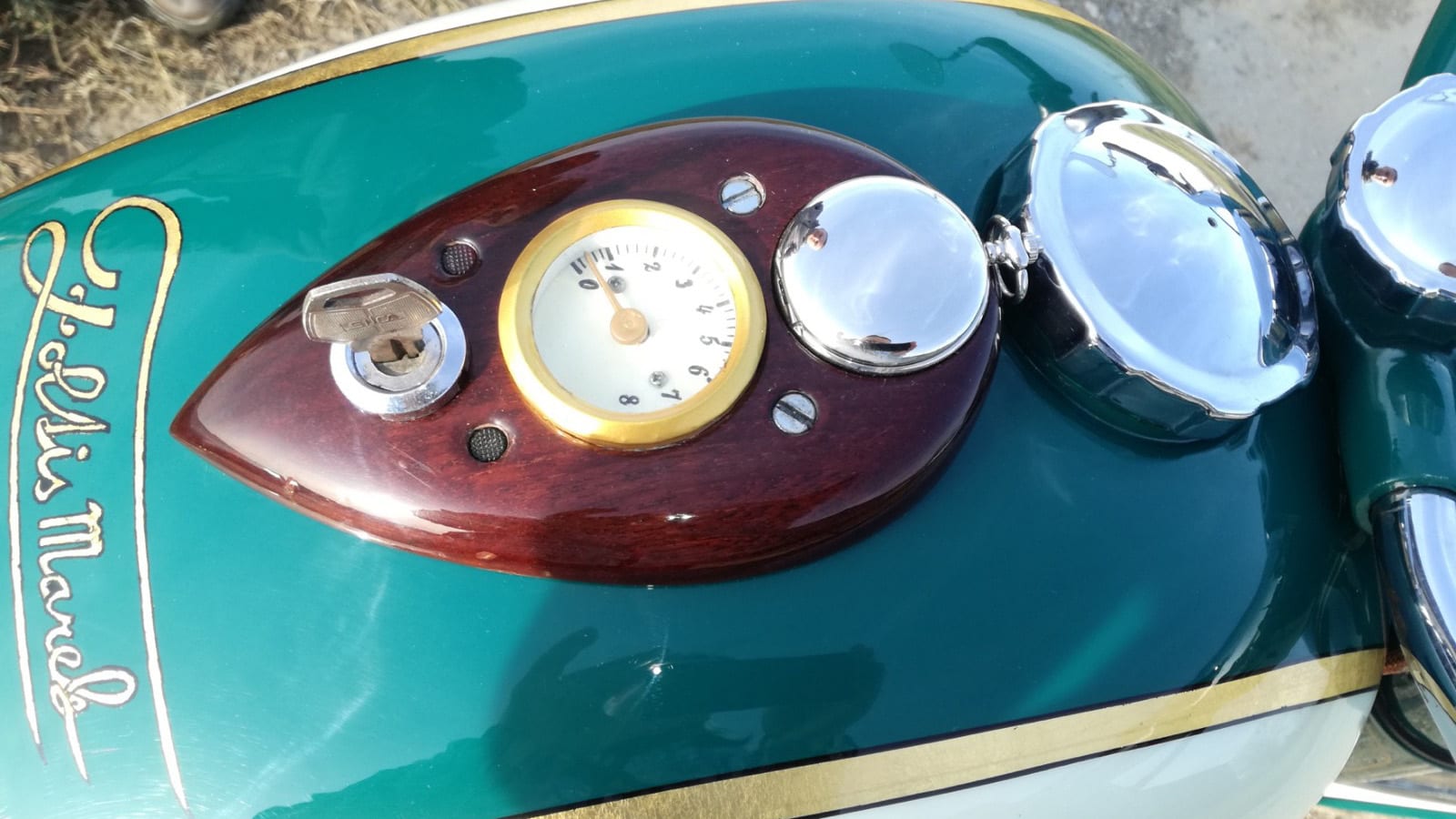 What’s next for Marek? He tells us he’s considering a few options, one of which is a rotary radial where the cylinders spin around a stationary crankshaft. Sounds crazy, but we wouldn’t put anything past him. And he wouldn’t put anything past you, either. “Anyone can make these things happen,” he says, crediting his persistence instead of his intelligence or education for the Bistella 500’s success.

“I’m convinced that there are thousands of projects like this in garages waiting to be done, and the only missing part is encouragement,” says Marek. “That is the message I would love to convey with this project.”

Consider that message sent, Marek. And congratulations on a truly impressive build.

Proposed law would change some of the rules overseeing Manitoba police 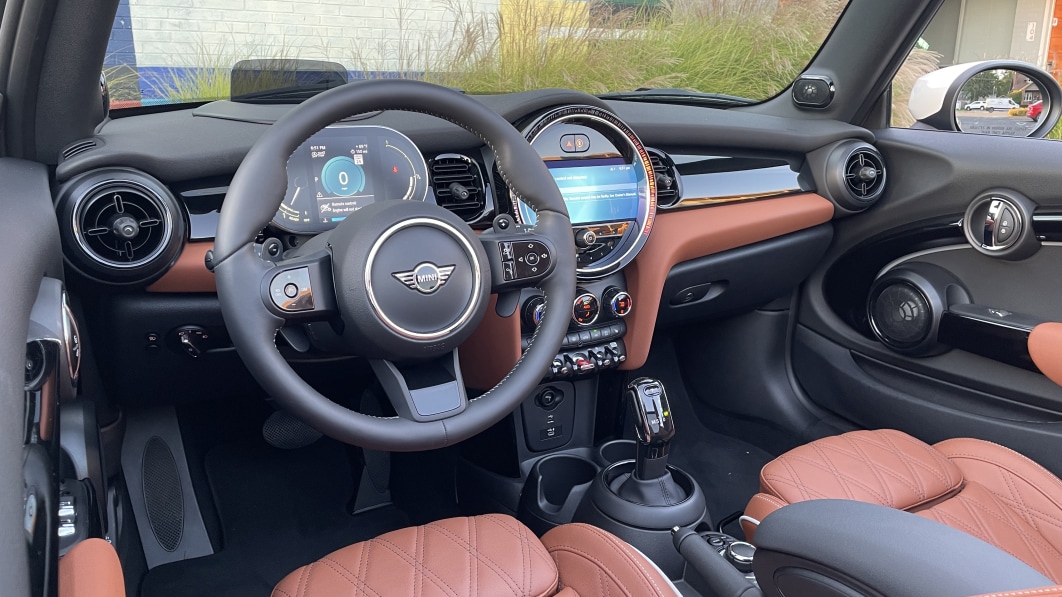 Silk-FAW names veteran FAW exec to board of directors