(Bloomberg) — U.S. equities have been sitting on top of the world for years, first by surfing their technology companies’ dominance into the pandemic, then by leading the way in distributing vaccines that allowed businesses to reopen. The “America-First trade” helped the S&P 500 Index notch a five-year winning streak against its European counterpart — the longest run in history.

It looks like the streak is about to end.

Despite having finally escaped a two-month slumber to reclaim its all-time highs last week, the U.S. benchmark has lagged behind the Stoxx Europe 600 since January. Investors have been attracted to the European index’s greater number of value and cyclical stocks and lower share of tech, which has been bruised by concerns over the impact of rising inflation.

European economies are also just beginning to emerge from the pandemic lockdowns, so investors see more of an upside in sectors, such as energy, that could benefit. And the European Central Bank is determined to provide plenty of monetary stimulus to grease the recovery wheels.

Meanwhile, beyond its tech’s woes, U.S. stocks are facing possible corporate tax hikes and the specter of a less friendly Federal Reserve. The change in fortunes has played out in exchange-traded funds. Over the last three months, European ETFs have attracted money at the fastest pace since 2017, while inflows to U.S. funds dwindled, Bloomberg data shows.

“It’s consistent with the notion that the U.S. is already in its peak recovery phase,” Gina Martin Adams, chief equity strategist at Bloomberg Intelligence, wrote in a note. “The U.S. has become expensive, with forward earnings growth likely to trail the rest as it contends with heady inflation and a slow yet impending reversal of policy support.”

Take a look at how economic data stacked up relative to analysts’ expectations. While U.S. economic surprises briefly turned negative last month, readings in the euro zone stayed elevated. Meanwhile, with inflation crushing expectations, there are fears that Fed policy makers might be forced to tighten should lofty consumer prices persist.

The U.S.’s relatively small exposure to cyclical shares, which helped it fare better during the lockdown, is now backfiring. Commodity producers and banks — companies roaring back from the recession — account for 17% of the S&P 500, compared with almost 30% for the Stoxx Europe 600 Index.

That helped put the U.S. squarely behind when it comes to corporate earnings. S&P 500 income will probably grow 35% this year, trailing the 46% forecast rate for Europe, according to analyst estimates compiled by Bloomberg Intelligence. And yet, based on price-earnings ratios, the S&P 500 is more expensive, trading at a 25% premium.

“The earnings profile particularly in Europe is actually quite a bit stronger,” said Liz Ann Sonders, chief investment strategist at Charles Schwab. “You’re getting a bigger pop in things like overall earnings growth because of that more cyclicality associated with those economies compared to the U.S. Plus, valuations are lower.”

Against the benign backdrop for Europe, bears are quickly converting into bulls. Among them are DoubleLine Capital LP founder Jeffrey Gundlach, who said this month that he turned positive European equities for the first time in 12 years. From valuations to charts, the S&P 500’s decade-long edge over the rest of the world is nearing its end, he said on a June 8 webcast.

Yet even as demand picks up, exposure to Europe is not stretched. As a percentage of global equity assets, allocation is stuck near a decade low. And the region remains the most under-owned market for Goldman’s hedge-fund clients.

“Given low initial allocations to European stocks, these flows may have room to continue over the coming months,” Goldman strategists led by Zach Pandl wrote in a note to clients.

The tilt away from the U.S. makes sense from a fundamental point of view, according to Michael O’Rourke, chief market strategist at JonesTrading. It’s not that the U.S. is suddenly in trouble. It’s just that the recovery, buttressed by early vaccine adoption and massive policy stimulus, is no longer exceptional as others catch up.

“So investors make that rotation of ‘OK, I took the U.S. trade and I’m going to go into Europe because they have more time until a full recovery,’” O’Rourke said. “They basically have a longer runway before they reach the point where the U.S. economy is today.”

WordPress 5.8 Beta 1 has been released 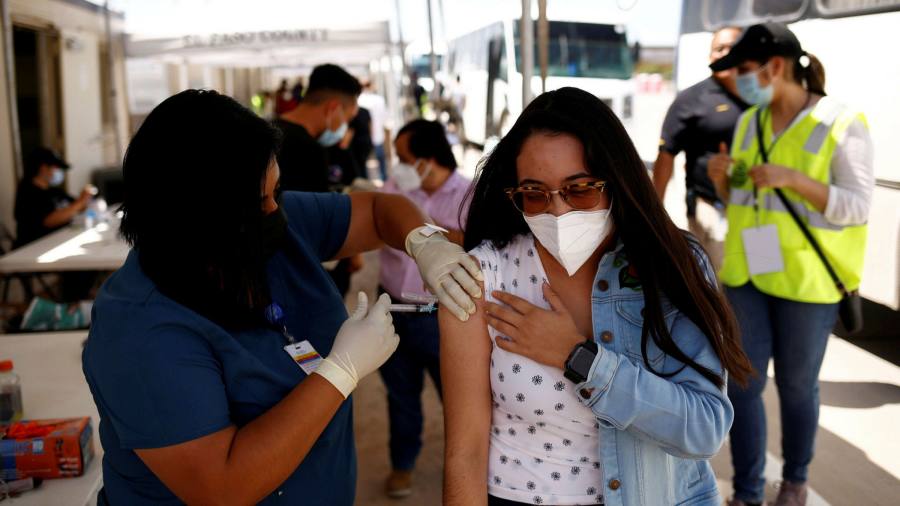