The spread of Covid-19 slowed in Germany on Sunday, with the number of people newly infected rising by 7,345 — some 3,108 cases less than a week ago.

China’s National Health Commission sent a special team to a city in Fujian province after Covid-19 cases were reported, with the latest outbreak coming less than a month after the country quelled its most widespread resurgence since the initial one in Wuhan.

With plans to keep Covid-19 under control over the winter, British Prime Minister Boris Johnson is expected to announce Tuesday he may drop the need for vaccine passports that would be required for entry to nightclubs, cinemas and sports grounds, The Times reported.

The tourism-dependent nation of Mauritius plans to roll out a booster-dose vaccination campaign from next month after taking into account recent studies and situation prevailing in other countries, Le Dimanche/L’Hebdo reported.

An additional dose is imperative for better efficiency and protection, the report said, citing Catherine Gaud, a senior advisor at the health ministry. Vaccines used in the Indian Ocean island so far are AstraZeneca’s Covishield, Sinopharm, Covaxin, Sputnik and Johnson & Johnson.

Spread of the Coronavirus Slows in Germany (2:01 p.m. HK)

The spread of the coronavirus slowed in Germany on Sunday. The number of people newly infected rose by 7,345 — some 3,108 cases less than a week ago. The death toll fell to eight on Sunday, compared with 21 a week ago. The country recorded in total 4,077,640 Covid-19 infections.

Students in Bangladesh returned to in-person classes on Sunday after a shutdown of more than a year.

Those in higher grades will have classes five days a week, while others will return once a week, according to Education Minister Dipu Moni.

“The government will shut the schools again if the coronavirus cases surge,” she said. “But there are little chances of Covid infections going up again.”

Bangladesh on Saturday recorded 1,327 new virus cases, the fewest daily count since May, taking the tally of infections to more than 1.52 million. The death toll climbed by 48, the lowest since June, to 26,880.

Hong Kong plans to launch a door-to-door vaccination drive in a bid to increase inoculation rates among the territory’s elderly, according to the South China Morning Post.

Patrick Nip Tak-Kuen, Secretary for the Civil Service who oversees the vaccination drive, said on a radio program that government workers will go door-to-door to visit seniors and promote appointment-free vaccination days, according to the SCMP. He said that Hong Kong’s elderly are the group with the lowest vaccination rates.

Fewer than 30% of residents over 70 have gotten their first dose, while about 64% of Hong Kong’s eligible population have received them, according to the report. The vaccination program targets to inoculate at least 70% of the eligible population.

So far enough doses have been administered to cover 42.3% of the population, according to Bloomberg’s vaccine tracker. News of the agreement came as New Zealand recorded another 20 local cases of Covid in the past 24 hours.

Separately, Australian Prime Minister Scott Morrison said the nation has secured 1 million doses of the Moderna vaccine from European Union countries. The Australian Technical Advisory Group on Immunisation now recommends Moderna for everyone aged 12 years or older, according to a government press release. The vaccine was approved for use in the country last month, where Pfizer and AstraZeneca shots are also available. So far, enough doses have been administered to cover 44% of the population.

Australia’s New South Wales recorded 1,262 new Covid cases over the past 24 hours, lowering the seven-day moving average for the first time in a week, according to Bloomberg calculations based on government data. From Monday, lockdown restrictions will ease somewhat for fully vaccinated people in most parts of the country’s largest state.

Victoria recorded 392 new local cases. Authorities are concerned about the spread of the virus in regional parts of the state, after some restrictions were eased on Friday. No new cases were recorded in Queensland.

China reported 20 cases in Fujian province, including 19 in Putian city, authorities said Sunday. The National Health Commission has sent a special team to Putian city, according to broadcaster CGTN on Saturday.

Several local areas have been categorized as medium- or high-risk areas, CGTN said. The new outbreak comes less than a month after China quelled its most widespread resurgence since the initial one in Wuhan. Provincial and intercity shuttle buses operating from Putian have been suspended, while public facilities such as libraries and sport stadiums have also been closed, according to the report.

British Prime Minister Boris Johnson is expected to announce his plans Tuesday to keep Covid-19 under control over the winter and drop the need for vaccine passports that would be required for entry to nightclubs, cinemas and sports grounds, The Times reported.

Companies that now require vaccination certification will be able to continue with that, but the new “toolbox” of measures will include elements such as masks if rates soar, according to the report.

Australia’s airports have raised concerns about the government’s travel reopening plans, the Sun-Herald and Sunday Age newspapers reported, warning that insufficient lead time and clarity could lead some international airlines to pull out of the country. The Australian Airport Association has said that some carriers are “already drawing down capacity,” according to the newspapers.

The government plans to ease restrictions on international travel once 80% of the population is vaccinated, allowing travel bubbles with nations including the U.S., U.K. and Singapore. Australia’s current border curbs are among the world’s toughest, with limits on departures as well as arrivals.

A hospital in upstate New York says it can’t deliver babies safely and offer other maternity services after Sept. 24, partly because staff members have quit rather than take a mandated Covid-19 vaccine.

Six staff members in the maternity department at the Lewis County Health System have resigned and and another seven might, the Watertown Daily Times reported. “It is my hope that the (state) Department of Health will work with us in pausing the service rather than closing the maternity department,” Chief Executive Officer Gerald Cayer said at a new conference Friday afternoon, the newspaper reported.

“We would like everyone to get vaccinated but we also understand we live in a country where you get to choose certain things and if you choose not to be vaccinated then now, you can’t work in health care,” Cayer was quoted as saying. “We thank for service, and we each move forward.”

The U.K. government is set to announce plans this week for vaccinations in 12- to 15-year-olds beginning within two weeks, The Observer reports. Vaccinations are believed to begin on Sept. 22.

New proposals for a Covid booster program are also expected to be announced on Tuesday, the newspaper reported.

Hawaii launched a digital proof of vaccination, and almost 20,000 people downloaded it in the first half hour after its release on Friday, the Honolulu Star Advertiser reported. On Monday, proof of vaccination will be required in many businesses and public venues in Hawaii.

Vaccine passes have been contentious with several states banning them outright, but a few, including New York, California and Illinois, have issued ways to store and present proof of vaccination digitally.

Pregnant women make up a third of patients in the intensive care at Mississippi’s largest hospital, the Clarion Ledger reported, quoting doctors. Four of 11 pregnant women with Covid-19 admitted to the University of Mississippi Medical Center in the last three weeks died, the newspaper reported, with 10 of the 11 babies born still alive, though premature.

None of the women were vaccinated, said Rachael Morris, the hospital’s maternal-fetal medical specialist, according to the newspaper.

Lowland gorillas at Zoo Atlanta have tested positive for Covid-19, likely spread through an infected caretaker, the zoo said in a statement on Friday. Zoo workers noticed that some gorillas were showing symptoms like coughing and loss of appetite, and they were tested. The Atlanta Constitution Journal reported that 13 of the 20 gorillas tested positive.

“We are very concerned that these infections occurred, especially given that our safety protocols when working with great apes and other susceptible animal species are, and throughout the pandemic have been, extremely rigorous,” Sam Rivera, senior director of animal health at the zoo, said in the statement.

Zoo animals around the U.S., including other gorillas, have caught Covid-19 and some have been given vaccines.

Hundreds of people gathered in Istanbul to protest against the government’s vaccination campaign and other measures to contain the coronavirus pandemic, including the requirement to wear face masks in all public areas. Maskless protesters at a square in Maltepe district listened to a number of heated speeches, including that of Abdurrahman Dilipak, a columnist at Islamic news outlet Yeni Akit, and called for the resignation of Turkey’s health minister.

The Turkish government took new precautions as the spread of the delta variant pushed daily Covid cases above 20,000. As of Sept. 6, anyone traveling between cities or attending a cinema, concert arena, or theater must show a vaccine card or negative PCR test taken in the previous 48 hours. To date, almost 65% of Turkey’s adult population have been fully vaccinated and more than 80% have received first dose, allowing all businesses that had previously limited or suspended their activities to reopen.

Moscow new daily Covid-19 infections jumped to the highest since Aug. 19 at 1,940 as schools opened in September and vacation season is over, according to the government’s virus response center. Moscow had daily infections record in June at 9,120, but the city administration handled the wave without lockdown.

Adults in England will be told to wear face masks in indoor settings in public if cases surge this autumn, the Telegraph newspaper reported, without saying where it got the information. Boris Johnson’s government would oppose a national lockdown in the coming months because of high levels of vaccination. In addition, such a move is seen as preferable to reimposing social distancing rules because of the impact on the economy, the Telegraph said.

Indonesia recorded 270 Covid-19 deaths on Saturday, the fewest since June 19. Daily infection rates continue to decline by 3.5%, according to the government’s health ministry. The country diagnosed 5,001 new coronavirus infections.

On Saturday, the country received 500,000 doses of the Johnson & Johnson vaccine from the Netherlands, according to a statement from the cabinet secretariat. 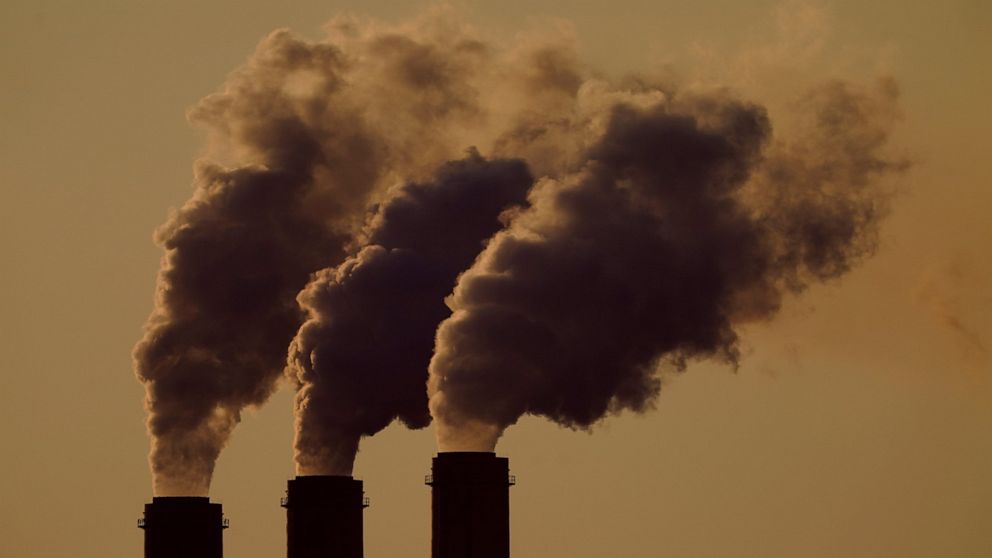