European and Asian stocks fell on Monday following the worst week for global equities in more than a year, as investors weighed the possibility of tighter monetary policy from the US Federal Reserve.

Shares in technology companies that have thrived during the pandemic led the declines, as investors continued their shift out of the sector due to concerns global central banks will begin more aggressively reducing stimulus measures later this year.

Investors are focused on prospects of the Fed turning more hawkish at its rate-setting meeting this week to combat surging inflation.

Goldman Sachs said at the weekend that it expected the Fed to signal it would begin raising interest rates from historic lows in March. The Wall Street bank also warned clients of a “risk that the Federal Open Market Committee will want to take some tightening action at every meeting until that picture changes”.

Futures markets have priced the Fed raising its benchmark interest rate to more than 1 per cent by December, after tethering it close to zero since March 2020.

The yield on the benchmark 10-year US Treasury note, which underpins global debt pricing, was steady at 1.742 per cent on Monday but has climbed from just over 1.5 per cent at the end of last year.

While higher interest rates raise borrowing costs for all businesses, they also make companies’ projected profits worth less in investors’ valuation models, with the effect magnified for tech and other growth companies whose peak earnings are not expected for years to come.

In the US, an index of unprofitable tech stocks collated by Goldman has lost around a fifth of its value this year. The Tokyo Stock Exchange’s Mothers market for high-growth start-ups has dropped around 18 per cent.

Technology shares had become overvalued during the pandemic era, Morgan Stanley strategist Michael Wilson wrote in a note to clients.

The sell-off, he said, “is appropriate in our view, not just because the Fed is pivoting but because these kinds of valuations don’t make sense in any investment environment”.

The FTSE All-World equities index shed more than 4 per cent last week in its heaviest fall since October 2020, with a warning on subscriber growth by streaming giant Netflix casting a pall over the start of quarterly earnings season.

On Monday, futures trading implied investors might start hunting for bargains on Wall Street, with contracts on the tech-heavy Nasdaq 100 and those on the broader S&P 500 adding about 0.5 per cent each. US retail investors have turned cautious, however. A survey of members of the American Association of Individual Investors found 47 per cent were “bearish” in the week to January 19, compared with a historical average of 31 per cent.

The global cryptocurrency market stabilised on Monday after the price of bitcoin, the largest by market value, plunged to a six-month low on Saturday as investors moved out of speculative assets. 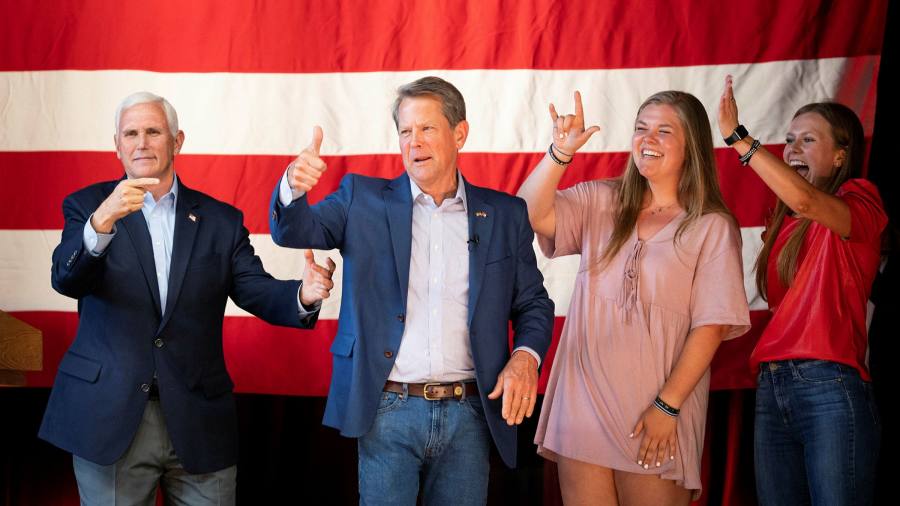 No recession ahead: Evercore ISI predicts S&P 500 will jump 22% from current levels