Anthony Fauci said U.S. booster shots against Covid-19 are likely to start only with the vaccine by Pfizer Inc. and BioNTech SE, while the Moderna Inc. shot may be delayed. White House Chief of Staff Ron Klain pushed back against criticism that the Biden administration is rushing booster shots ahead of scientific evidence.

The Group of 20 are set to pledge to do more to tackle the impact of the pandemic on mental health as ministers meet in Rome this weekend.

The U.K. is looking at requiring vaccine passports for entry to big venues by this month, though has yet to make a decision on shots for healthy schoolchildren. Italy will decide by the end of the month whether vaccines will become mandatory.

An Ohio judge is set to issue a ruling involving ivermectin, a drug often used to treat parasites in livestock. The case is one of a handful around the U.S. involving the use of the drug to treat Covid-19 patients.

At issue is whether a hospital must continue, against its wishes, to administer the drug to a 51-year-old man who contracted Covid-19 and was placed on a ventilator. His wife sued to force the treatment.

Michael Oster, a judge in Butler County, temporarily let stand an order that UC Health must administer the medicine, though almost all medical experts warn against it as ineffective as an anti-viral and possibly harmful.

Oster ruled on Friday that the hospital could discontinue the treatment if the patient suffered negative side effects, and that he would make a final decision by Monday.

The U.S. is “well past” the point where unvaccinated Americans are going to listen to a government official and take the vaccine because of it, Kentucky Governor Andy Beshear said Sunday on NBC’s “Meet the Press.”

“We’re probably past even the point where a local official, a pastor or others” could do so, he said. People are “going to have to call or go see that person they love and care about that is unvaccinated and they’re going to have to put their relationship with that person on the line,” Beshear said.

The Democratic governor has gone head-to-head with the state’s Republican-led legislature on the subject of masks. State officials in Kentucky, which is currently battling one of the worst outbreaks in the U.S., have limited the governor’s emergency powers. Almost 58% of people in Kentucky have gotten at least one shot, compared with the U.S. average of 62.3%, according to the Bloomberg Vaccine Tracker.

President Joe Biden’s chief medical adviser said U.S. booster shots against Covid-19 are likely to start only with the vaccine by Pfizer Inc.and BioNTech SE, while the Moderna Inc. shot may be delayed.

“The bottom line is very likely at least part of the plan will be implemented, but ultimately the entire plan will be,” Anthony Fauci said Sunday on CBS’s “Face the Nation.”

Fauci’s comments may lead to more clarity on the administration’s stance after Biden ran into resistance by medical experts who advise U.S. regulators over what they view as political interference in the review process.

The delta variant wave is showing signs of peaking in the U.S. south, where it has driven infections and hospitalizations to records, Ashish Jha, dean of the Brown University School of Public Health said.

The spread in the Midwest is unlikely to be as bad, largely because of higher vaccination rates and tools such as more testing, he said on “Fox News Sunday.” He also defended President Joe Biden’s drive to widely administer boosters, a plan that has been criticized for getting ahead of scientific evidence.

“It is clear to me that this is probably going to end up being a three-shot vaccine package,” he said, adding that the evidence was stronger for older and more medically vulnerable people than for the young and healthy.

President Joe Biden’s administration remains hopeful that booster shots will kick off in the U.S. in about two weeks, though it will need approval by regulators and the Centers for Disease Control and Prevention, White House Chief of Staff Ron Klain said.

Klain pushed back against criticism that Biden is attempting to rush booster shots ahead of scientific evidence. Officials from the CDC and the Food and Drug Administration were involved in setting the week of Sept. 20 target date, he said on CNN’s “State of the Union” on Sunday.

“We still are hopeful that at least one of the vaccinations could be available that date,” Klain said.

Israel will restart a pilot program on Sept. 19 allowing organized tourist groups of five to 30 people to visit the country. Tourists must have proof of a second Israel Health Ministry-recognized vaccination within the past six months, or have had their third vaccination, to qualify for entry.

They will also have to present a negative PCR test and will undergo a serological test at the airport upon landing. The Tourism Ministry said it hopes to allow individual tourists into Israel in the near future.

The Bank of England has reversed a policy that was scheduled to start in September encouraging staff to return to the office at least one day a week, a person familiar with the matter said.

The BOE has now told staff that there’s no longer an expectation to come in and that they can choose to return on a voluntary basis, the person said. That’s because of a recent surge in Covid-19 cases in the U.K.

“That’s as much as we’ve used in our country so far,” Spahn said on the sidelines of a G-20 meeting of health ministers in Rome.

Italy will decide by the end of September whether vaccines will become mandatory for all people aged 12 and over, Public Administration Minister Renato Brunetta said. A law will be passed if the country hasn’t reached a vaccination level between 80% and 90%, he said. At the moment, the level is about 71.5%, government data show.

The Group of 20 are set to pledge more action to tackle the fallout of Covid-19 on mental health, according to a draft statement seen by Bloomberg. Health ministers meeting in Rome this weekend will acknowledge the consequences from isolation to unemployment to food insecurity, and that the pandemic has exposed gaps in mental health systems.

The impact has disproportionately hit groups including women, older people, persons with disabilities, as well as the poorest and most vulnerable, the draft showed. Ministers will therefore pledge to increase access to services and to better integrate mental health into their broader health care systems.

An Israeli study among 330 actively treated cancer patients found that 88% developed antibodies after two doses of Pfizer’s vaccine, compared with 97% among a control group of healthy patients. The researchers measured the antibody response two months after the second inoculation.

The study at Tel-Aviv Sourasky Medical Center also found no significant side effects among cancer patients receiving active treatment. The proportion who didn’t develop adequate antibody responses was highest among those receiving chemotherapy as a single drug, compared with those treated with immunotherapy and targeted therapy as single drugs.

Germany has now recorded more than four million cases since the pandemic began, according to the RKI public health institute. Health officials registered more than 10,400 infections in the 24 hours to Sunday.

The government is “looking at by the end of September” requiring vaccine certification for entry to large venues where infection risk may be higher, Vaccines Minister Nadhim Zahawi said in an interview with Sky News.

He also said the government hasn’t yet decided on whether to roll out vaccines to healthy 12- to 15-year-olds, but if the move does go ahead, then parental consent would be needed.

Sutton Stracke Slams Lisa Rinna's Behavior as "Obnoxious" and "Rude," Reacts to Erika's Confrontation and RHOBH Costars Talking About Her

Only nervy thing about Scotland win over Moldova was scoreline, insists Clarke 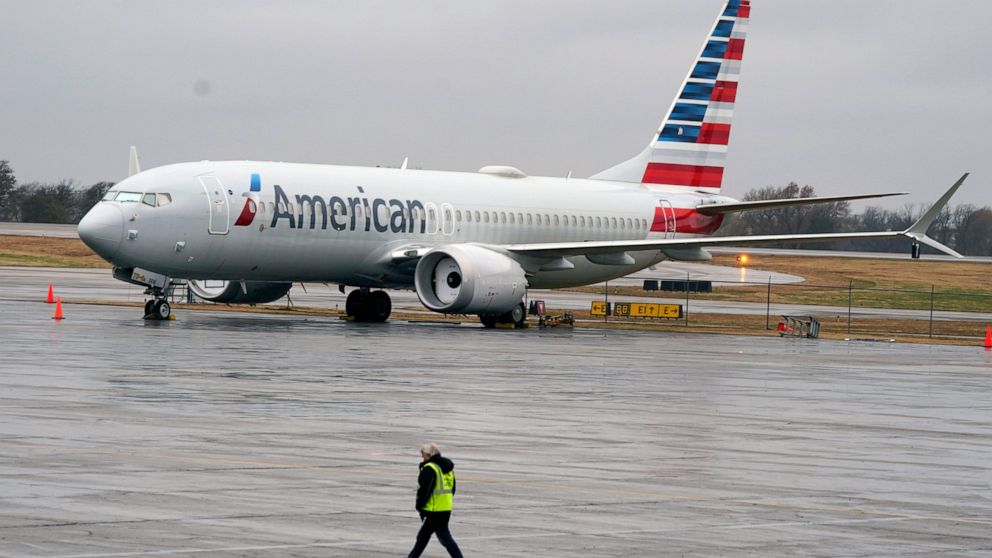 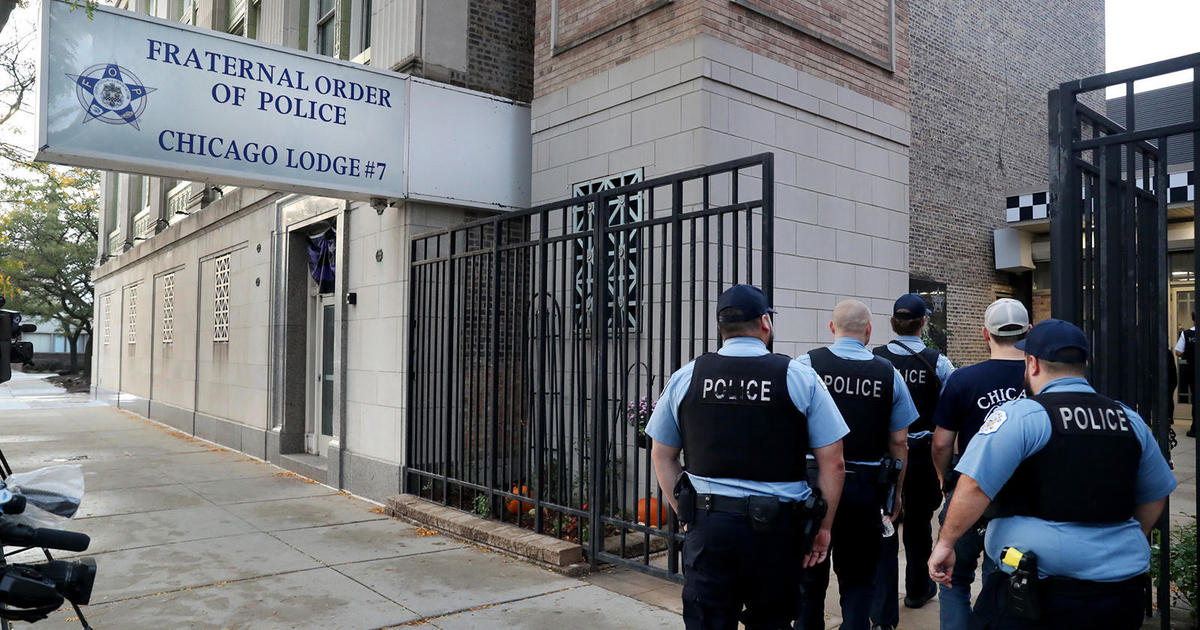