TOKYO — A late burst of buying erased much of an early slide on Wall Street Tuesday. The S&P 500 managed a gain of 0.1%. The tech-heavy Nasdaq lost 0.5%, having clawed back most of an early drop of as much as 3.9%. Facebook, Disney, Netflix and other communications stocks helped drive the comeback. Early drops in Big Tech companies like Apple, Amazon and Microsoft moderated as the day went on. Tesla, which joined the S&P 500 at the end of last year, ended down 2.2% after being down as much as 13.4%. Bond yields held near their highest level in a year.

A late-afternoon burst of buying sent stocks higher on Wall Street Tuesday, reversing most of a sell-off led by technology companies.

Facebook, Disney, Netflix and other communications stocks helped drive the market’s comeback from a sell-off in the big tech companies that had pushed the market significantly higher the past year: Apple, Amazon, Microsoft and Tesla.

Since the pandemic began, investors consistently pushed the prices of these companies’ stocks to stratospheric heights, betting that quarantined consumers would do most of their shopping online and spend money on devices and services for entertainment.

The bet mostly paid off, as big tech companies reported big profits last year. But the pandemic may be reaching its end stages, with millions of vaccines being administered each week in the U.S. and across the globe now. It may cause consumers to return to their pre-pandemic habits.

By late afternoon, however, those tech stocks had erased most if not all of their losses from earlier in the day. Apple rose 0.1%, Microsoft fell 0.3%, Amazon gained 0.3% and Tesla was down just 0.7% after having been down 13.4% earlier. The electric car maker is the second-most heavily weighted stock in the consumer discretionary sector after Amazon.

Investors remain increasingly focused on a big tick up in bond yields and how it affects stock valuations. The yield on the 10-year Treasury note rose to 1.36%, continuing its quick climb up over the last few weeks.

When bond yields rise, stock prices tend to be negatively impacted because investors turn an increasingly larger portion of their money toward the higher, steadier stream of income that bonds provide.

“If you have a 10-year (Treasury yield) which returns something, then all of a sudden you get this situation where investors may want more of a risk-free asset and rotate out of equities,” said Sylvia Jablonski, chief investment officer at Defiance ETFs.

Jablonski expects the sell-off in technology stocks, which have fallen five days straight, will be short-lived, though she adds that a further increase in the 10-year Treasury yield could be “a different story.”

“The 10-year was sort of the news of the week that took some of the fire out of equities, but I wouldn’t be surprised that investors looking for entry points are going to get back in at these levels,” she said. “Stocks still have a future that looks to me to be a lot brighter than the value investors are going to get if they convert to bonds.”

More broadly, investors remain focused on the future of global economies badly hit by COVID-19 and the potential for more stimulus to fix them. The U.S. House of Representatives is likely to vote on President Joe Biden’s proposed stimulus package by the end of the week. It would include $1,400 checks to most Americans, additional payments for children, and billions of dollars in aid to state and local governments as well as additional aid to businesses impacted by the pandemic.

The large amount of stimulus being pumped into the economy has given some investors pause, reviving worries about inflation that have been nearly nonexistent for more than a decade. The inflation worries have been a big driver of why bond yields have risen.

“Overall, the view is this rise in yields is just a reflection of confidence in economy and the vaccine rollout,” said Leslie Falconio, senior strategist at UBS Global Wealth Management.

“Right now, this rise in yields, given the fact that financial conditions are still loose, is not a red flag,” she said. “As long as growth supports the rise in interest rates, then that’s not a concern.”

Federal Reserve Chair Jay Powell speaks to Congress on Tuesday and Wednesday as part of his regularly schedule updated for lawmakers. Powell said the Fed didn’t see a need to alter its policy of keeping interest rates ultra-low, noting that the economic recovery “remains uneven and far from complete.” 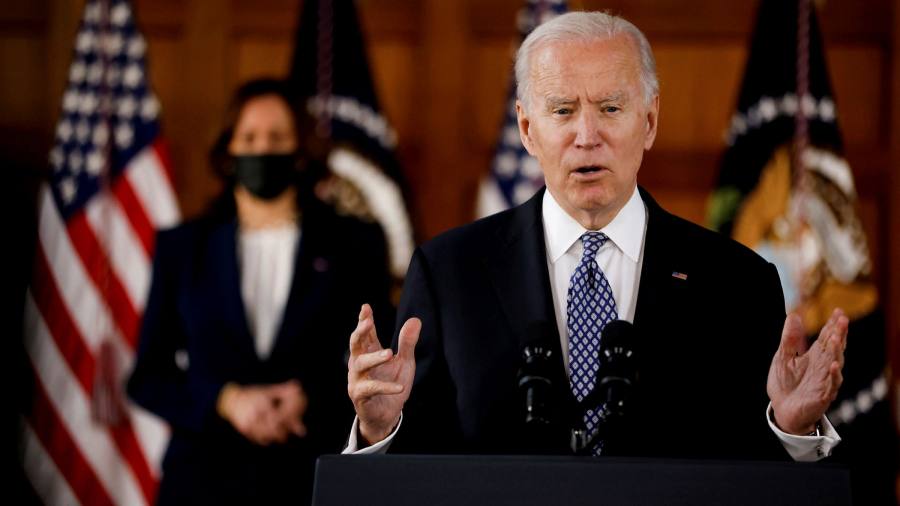