(Bloomberg) — Thousands of demonstrators in major cities across the US from New York to Los Angeles held largely peaceful protests in reaction to the Supreme Court’s decision to overturn the 1973 landmark Roe v. Wade. In many places, crowds picked up after people got off work for the day, with protesters chanting, marching and carrying signs.

Roe v. Wade protected the constitutional right to abortion. Overturning the ruling leaves it to individual states to decide whether abortions are allowed, and in what circumstances. The May 2 leak of a draft opinion to strike down Roe sparked nationwide protests from abortion supporters.

Read More: ‘Let Your Rage be Seen and Heard!’ Here’s Where Activists Have Planned Abortion-Rights Rallies

The Guttmacher Institute, a reproductive health research group, said 26 states are “certain or likely” to ban or limit abortion in the absence of Roe, while 16 states have laws that protect the right to abortion.

Troopers deployed the gas after protesters attempted to break the glass at the Senate building and after some monuments were vandalized, NBC’s local affiliate 12News reported, citing a statement from the Arizona Department of Public Safety. The DPS didn’t immediately Respond to a request for comment sent by Bloomberg News late Friday.

The driver of a pickup truck in Cedar Rapids, Iowa, struck a group of people protesting against the decision, the Huffington Post reported. Videos of the incident were circulating on social media and show the driver maneuvering around several cars and into a group of protesters, some of whom were knocked to the ground. Several women held on to try to stop the vehicle, which kept moving and drove away. One woman was taken to the hospital after the pickup ran over her foot, the Huffington Post said.

About 20 protesters were gathered outside the entrance to a residential community where Justice Clarence Thomas resides in the Washington suburb of Fairfax, Virginia. Several people had megaphones and other noisemakers like tambourines, pans, and a bucket.

Protesters called on Congress and the Jan. 6 Committee to investigate the role of Thomas’s wife, Ginni Thomas, in encouraging the Trump administration to challenge the 2020 election results, followed by chants of “lock her up.”

Protesters have periodically gathered outside the homes of conservative justices since Politico published a leaked copy of the Supreme Court’s draft decision last month.

In sunny San Francisco, a group of people gathered at the historical Ferry Building and marched down bustling Market Street. Just around the corner, the National Mobilization for Reproductive Justice took over the street in front of the Philip Burton Federal building and courthouse.

At the same time, crowds flocked to the intersection of Powell and Market Street at the urging of the Party for Socialism and Liberation. More than a thousand converged on the steps of City Hall, chanting “abort the court” as dozens of police, some in bullet proof vests, watched on expressionless. Local buses in the city center were diverted during rush hour as hundreds of protesters sat down across a busy intersection of Market Street, causing travel chaos.

“I don’t have to worry about reproduction anymore,” said Natalie Kirkland, a sales representative. “But I’m here for the young girls and women who do. After this they’re coming for contraception, gay marriage and women’s healthcare.”

In downtown Atlanta, more than a thousand protesters gathered in response to the ruling. With helicopters hovering overhead and the sun setting on another steamy June evening, dozens of the city’s homeless stretched out on a wall in front of the gold-domed state capitol building. And on the rear stairs facing Liberty Plaza, protesters chanted and cheered. “This demonstrates our country is not a democratic system,” said Kelsea Bond. “Most people did not want Roe v. Wade overturned.”

Protesters converged in New York City’s Washington Square. Several protesters are carrying signs that pay homage to women who fought to preserve abortion rights, like Cecilia Fire Thunder who led an effort to provide abortion care at Pine Ridge Reservation and Dawn Wooten who exposed forced sterilizations at ICE detention centers. Other signs commemorate lives lost to unsafe abortions like Rosie Jiménez, a Texas resident who died after receiving a risky procedure in 1978.

Community groups are handing out shirts that read “stand with Black women” and “ban off our bodies,” while street sellers offer pride flags and pro-choice pins.

Jason Au, a 25-year-old photographer visiting New York from Los Angeles, had already been planning to come to Washington Square Park on Friday to hand out free handmade bracelets to people who agree to call someone they love. In today’s context, he said the initiative is helping making protesters’ day “a little bit lighter.”

Protesters were still joining the crowd outside Washington’s Supreme Court as they headed home from work, even though police blocked off many entrances to the area. People of all age groups — from babies to the elderly — gathered. They held up hundreds of handmade signs and posters handed out by abortion rights groups.

Scott Cecil, who works in the non-profit sector, was among them. “I am never going to have to worry about being forced to be pregnant and give birth, but more than half of the population does have to worry about it, so I feel like it’s my duty to be here and support those people,” Cecil, 40, said.

Hundreds of protesters and lawmakers, mobilized by Planned Parenthood, assembled outside Union Station in Washington, DC, where Representative Ilhan Omar, of Minnesota, delivered a fiery address as commuters drove by. “I am sick and tired of having to stand up to people who hide behind the Constitution to limit our right to it,” she said.

She spoke about the perceived religious motivations of members of the conservative-majority US Supreme Court, as “people who think their god is superior to ours.”

Omar, who is Muslim, spoke about abortion as a separation of church and state, as well as a privacy matter.

A few hundred gathered in Union Square in New York with protesters carrying signs reading “keep your laws off my body” and chants like “not the church, not the state, women must decide their fate.”

“We won’t be silent. That’s what we’re trying to say. We recognize that this fight continues to go on,” said Betty Maloney, a 75-year-old organizer. She added that the action did not focus exclusively on abortion and also called for change related to healthcare, sterilization, and childcare issues.

Jade Runk, a 33-year-old model, wore a white dress splattered with red paint and carried a sign that said “Thousands of people will die.”

“It’s about so much more than abortion. It’s about a persons right to choose to live their own life,” she said.

New York Mayor Eric Adams said the city would welcome people from out of state who were seeking abortion. He said he is reaching out to the city’s businesses to help fund transportation and other needs.

“There’s no reason our corporations can’t come together and put together some form of pot to help those seeking the right to have an abortion,” he said at City Hall.

Adams said the city was also stepping up security following the court decision and ahead of the Pride Parade, which returns in-person for the first time since 2019. That includes working with clinics and other places around who to notify around suspicious packages.

“We are going to remain vigilant at all these locations so no one is in harm’s way or threatened or harassed for a right to have an abortion,” he said, noting there was a scare this morning around a suspicious package.

About 400 spectators gathered around City Hall to listen to Adams’s statements after the Supreme Court’s decision. The steps leading up to the hall were packed, with many saying they stopped by during their lunch hour to express support for New York’s expansion of abortion access to accommodate the expected influx of people.

Emily Kobeley, 22, a recent graduate of nursing school who was visiting New York from Pennsylvania, came to hear Adams speak.

“I don’t think you can go into health care and not believe in bodily autonomy and the right to an abortion. I don’t think those two line up,” she said. “It’s important that all my patients understand that they have the right to do whatever they want with their bodies because that’s what I’m there for, to advocate for that.”

Bans Off Our Bodies, a national campaign led by abortion-rights groups including Planned Parenthood and Women’s March, urged people to join a rally “to demand control over our bodies, our lives and our futures.” Rallies were planned at federal courthouses across the US.

Annie Day, an organizer for the Los Angeles chapter of abortion rights group Rise Up 4 Abortion,  said the group is organizing a protest in front of the US Courthouse in downtown Los Angeles from noon on Friday, and they’ll begin to march through streets in the evening.

“I’m deeply furious. It’s a gut punch,” Day said. “This decision must not stand. We’re going into the streets to fight for legal abortion on demand.”

The group is planning for daily protests.

“People should drop out of their jobs, cancel whatever they’re doing and go into the streets,” Day said.

Also in LA, the Women’s March Foundation plans to wear red and gather at City Hall at 5pm .

“Women and our allies — who make up the majority of the country — will not stand idly by and watch our rights stripped from us without recourse,” Executive Director Emiliana Guereca said in a statement. . We will fight back. We will take to the streets in red to show the blood they have on their hands.”

The crowd continues to grow outside the Supreme Court, largely on the pro-choice side. About two dozen Capitol Police wearing riot gear just showed up.

A major police presence built by noon in Washington’s Capitol Hill neighborhood, by the Court and the Capitol complex. Multiple streets were closed off with barricades, and Metropolitan Police Department squad cars and SUVs were parked on streets.

Progressive US Representative Alexandria Ocasio-Cortez is drawing attention outside of the Supreme Court building. Pro-choice protesters were happy with her arrival, but anti-abortion protesters are yelling at her: “Why do you want babies to die?”

The American Civil Liberties Union urged demonstrators on Twitter to find a nearby rally.

“Today is just absolutely monumental, especially for the pro-life movement that is diverse, progressives like myself, atheists like myself, members of the LGBTQ community, this is huge for us,” said Kristin Turner, executive director of Pro-Life San Francisco and Communications Director for the Progressive Anti-Abortion Uprising. “It shows people it doesn’t matter your religious views, your ideological background, your race, your gender, anything, you absolutely can and should be in support of protecting unborn human beings who are just like us in every considerable way.”

Even before the decision was announced, police officers with bikes and motorcycles created a barrier in front of the Supreme Court building which had previously been fenced off.

Demonstrators opposing abortion rights who were gathered outside announced the result and then erupted in cheers. Solemn protesters supporting abortion rights held signs and used megaphones to criticize the decision after its release.

The crowd of several hundred people remained peaceful after the announcement. 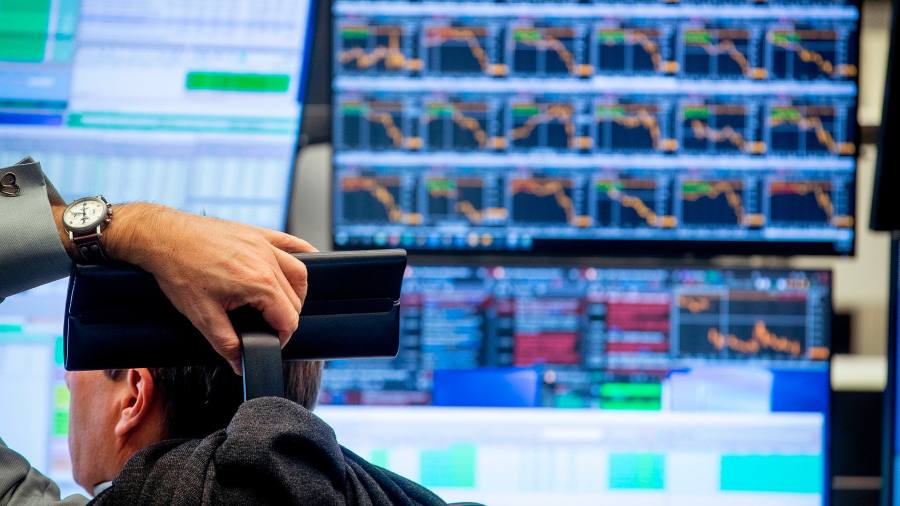