Space companies reported results for the first quarter of the year over the past several weeks – with many CEOs complaining of supply chain disruptions pushing back hardware deliveries and launch schedules.

“Everyone’s getting delayed. I haven’t heard from a single satellite operator in the last 12 months – whether they’re a new entrant, whether they’re longstanding operators – everyone’s kind of getting moved to the right a little bit, mostly for the same reasons … the supply chain issues and whatnot,” Telesat CEO Dan Goldberg said during his company’s earnings conference call.

Many space companies went public last year through SPAC deals, but most of the stocks are struggling despite the industry’s growth. The shifting market environment, with climbing interest rates hitting technology and growth stocks hard, have weighed on space stocks. Shares of about a dozen space companies are off 50% or more since their market debut.

Beyond supply chain hiccups, most of the public companies reported continued quarterly losses, as profitability remains a year away or more for many space ventures.

Satellite imagery company Planet has yet to report its first quarter results. The company uses a 2023 fiscal year calendar that began on Feb. 1.

While the propulsion specialist draws a majority of its $511 million in first quarter sales from defense-related contracts, Aerojet Rocketdyne continues to draw a major portion of revenue from the space sector. The company’s adjusted EBITDA profit for the quarter rose 18% to $69 million, compared to the same period a year prior, with a backlog of $6.4 billion in multi-year contracts. Aerojet Rocketdyne remains embroiled in a board proxy fight between CEO Eileen Drake and Executive Chairman Warren Lichtenstein, which began during the now terminated Lockheed Martin deal.

The satellite-to-smartphone broadband company saw minimal revenue of $2.4 million in the first quarter, with slightly increased operating expenses of $32.7 million from the previous quarter. AST continues to work toward the launch of its BlueWalker 3 demonstration satellite this summer, with about $83 million invested in constructing and testing the spacecraft so far. The company has $255 million in cash.

Seattle-based satellite imagery specialist BlackSky reported first quarter revenue of $13.9 million with an adjusted EBITDA loss of $9.5 million, up 91% and 53% from the same period a year prior, respectively. BlackSky has $138 million in cash. CEO Brian O’Toole emphasized the company sees increasing demand for Earth imagery from both the U.S. and foreign governments, with BlackSky stating it “believes capacity” from the current 14 satellites it has in orbit “will be more than sufficient to support increased customer demand.”

The satellite communications provider delivered revenue of $168.2 million, an operational EBITDA profit of $103.2 million, and 1.8 million total subscribers in the first quarter – up 15%, 17%, and 15%, respectively, from a year prior. Iridium CEO Matt Desch noted the company’s supply chain team is managing issues and “we seem to be doing as well as anyone in getting the parts we need,” but said the “problem is that demand continues to exceed forecasts.” Iridium has “tremendous demand” from Ukraine, Desch said, with the company shipping thousands of devices to provide services such as mobile phones to Internet-of-Things connectivity.

The satellite imagery and space infrastructure company reported $405 million in first quarter revenue, up slightly from a year prior, with an adjusted EBITDA profit of $84 million, a 25% increase. Maxar’s order backlog fell 14% from the fourth quarter to $1.6 billion. CEO Dan Jablonsky said during the company’s call that its long-awaited first WorldView Legion satellite launch is delaying to September due to an issue during testing. Jablonsky added that he is “disappointed that we’ve had another delay” with Maxar’s timeline for getting its WorldView Legion satellites in orbit. It has “been hit with supply chain and COVID-related issues over the past couple of years.”

The spacecraft maker reported no revenue in the first quarter, and an adjusted EBITDA loss of $17.2 million – up from a loss of $13.2 million a year prior. Momentus spent the quarter preparing to launch its Vigoride spacecraft this month to demonstrate its capabilities, and signed agreements to fly on future SpaceX rideshare launches. The company has $136 million in cash on hand.

The laser communications maker announced preliminary results for 2021 in a shareholder letter, with the German company having listed on the Nasdaq late last year. Converted from euros, Mynaric in 2021 brought in $2.6 million in revenue, and has about $50 million in cash. Mynaric’s customer backlog for 2022 has seen it receive about $21 million from contracts for laser communications units.

The space infrastructure conglomerate made $32.9 million in revenue for the first quarter, up slightly from a year prior, with a backlog of orders worth $273.9 million. Redwire has about $6 million in cash, with about $31 million in available liquidity through existing debt.

The small-rocket builder reported $40.7 million in first quarter revenue, up 147% from a year prior – and $34 million of that revenue came from Rocket Lab’s spacecraft business, with the remaining minority from launches. Rocket Lab had an adjusted EBITDA loss of $8 million, down 8% from a year ago, and has $603 million in cash. The company’s CFO Adam Spice said during the earnings call that its “supply chain is relatively intact” due to vertical integration, but buying production equipment for Rocket Lab’s coming Neutron vehicle is “suffering supply chain issues,” as “there’s no amount of money in the world that can accelerate some of that stuff.”

The satellite imagery company announced 2021 results earlier this month, having gone public in January. Satellogic has 22 satellites in orbit, with plans to launch a dozen more this year. The company had $4.2 million in 2021 revenue, with an adjusted EBITDA loss of $30.7 million.

Small satellite builder and data specialist Spire reported first quarter revenue of $18.1 million and an adjusted EBITDA loss of $9.7 million, up 86% and 62%, respectively, from a year ago. The company has $91.6 million in cash. Spire forecast full year 2022 revenue from annually recurring customer contracts between $101 million and $105 million. Spire CEO Peter Platzer said during the quarterly call that the company continues to aim to be “cash flow positive in 22 to 28 months,” with weather data helping customers ranging from the agriculture industry to a Formula 1 team, and its marine data helping support the cargo industry during the global supply chain challenges.

The spacecraft manufacturer reported first quarter revenue of $13.1 million, up 25% from a year prior, with a $222 million backlog – in part thanks to a contract to build satellites for the Pentagon’s Space Development Agency. Terran Orbital saw an adjusted EBITDA loss of $14.7 million, quadruple its loss in first quarter 2021. It has $77 million in cash. Terran co-founder and CEO Marc Bell highlighted supply chain disruptions on the call, but emphasized that the company is increasingly vertically integrating its manufacturing.

The satellite broadband provider is on a different reporting cycle than the calendar year, with the company having reported fourth quarter results Wednesday. Viasat brought in $702 million of fourth quarter revenue, up 18% from the period a year ago, and an adjusted EBITDA of $134 million, down 9%. The company has nearly $1 billion in liquidity, largely through debt. In a letter to shareholders, Viasat noted the end of its fiscal year “had some challenges” due to regulatory delays, as well as increased R&D spending “on attractive growth opportunities.”

The space tourism company reported negligible revenue for the first quarter, and an adjusted EBITDA loss of $77 million – 38% higher than the same period a year ago. The company has $1.22 billion in cash on hand. Although its current spacecraft and carrier aircraft refurbishment program is “progressing well” and expected to be finished in September, Virgin Galactic announced the delay of launching its commercial tourism service to the first quarter of 2023. Virgin Galactic CEO Michael Colglazier said the delay in commercial service was due to “little issues” that pushed the company’s refurbishment schedule back. He added that, “like many companies around the world, we’re experiencing elevated levels of supply chain disruption.”

The alternative rocket launcher reported first quarter revenue of $2.1 million, down 61% from the same period a year ago, and an adjusted EBITDA loss of $49.6 million, up 71%. Virgin Orbit noted the decrease in revenue was due to “launches contracted during early development phase with introductory pricing.” The company has $127 million in cash, with a total contract backlog of $575.6 million. CEO Dan Hart said during the company’s conference call that it still plans to launch between four and six times this year, with one complete so far.

Finding a PlayStation 5 Is About to Get Easier 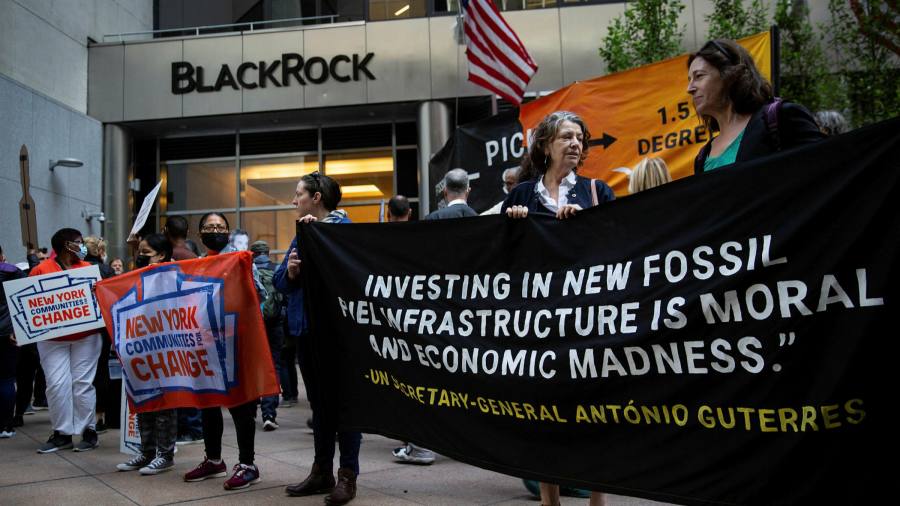 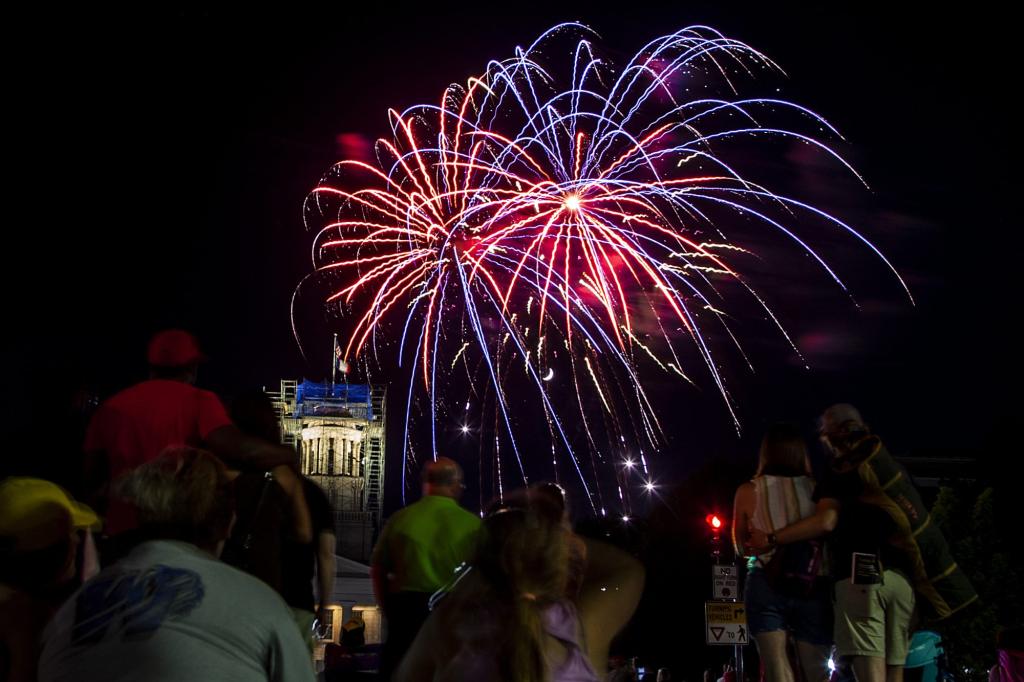