Fueled by Covid vaccines, flexible cancellation policies and people yearning to break free from home, the summer travel season is already booming for some parts of the travel industry.

A survey from research company Toluna indicates Americans are gaining confidence to travel with each passing month, with 27% comfortable to travel in April and 42% by July.

But a sudden surge in bookings shows many people are locking in reservations and rates before it’s too late.

A sharp rise in summer flights

U.S. domestic flight bookings for summer travel sharply rose earlier this month, according to research from the data identity company Adara. Since Feb. 1, domestic hotel bookings have more than tripled.

Domestic flight and hotel bookings for travel between July 1 and Aug. 31, 2021.

International flights originating in the U.S., while fewer in number, followed the same upward trajectory, with bookings rising around mid-February.

International flight and hotel bookings for travel between July 1 and Aug. 31, 2021.

Leisure travel — particularly family travel (which is outpacing bookings by singles and couples) — is driving the growth, according to Adara’s report. The most popular destinations for summer leisure flights are to:

By comparing summer bookings this year against those in 2019, preferences for smaller, outdoor destinations emerge.

“Best Relative Performance” chart for leisure flights booked between Jan. 1 and March 14 for travel between July 1 and Aug. 31, 2021.

We’re forecasting that this will be our highest volume summer on record in the history of the company.

As flights fill, so will terminals, including private ones such as PS at LAX, which caters to Los Angeles’ celebrity and wealthy flyers.

The private terminal, which costs $4,500 per year for membership plus per-use fees, reached capacity several times this month and often has a waitlist.

“We are cautiously optimistic that this summer will be one of revenge travel,” said co-CEO Josh Gausman. “Travelers will spend more on upgrades, luxury services and unique experiences.”

“We project overall travel volumes to remain lower than 2019 but spending per trip to increase,” said PS at LAX’s Gausman.

Courtesy of PS at LAX

Many charter jet companies are expecting a banner summer.

“The pandemic has exposed a lot of people to private aviation who might never have considered or tried it under normal circumstances,” said Megan Wolf, COO of Flexjet. “This has allowed the private jet travel industry to better weather the storm.”

Sentient Jet, which sells “jet cards” for 25 flying hours, is predicting it will fly 30%-50% more volume than in pre-pandemic summers, owing to new customers acquired during the pandemic. Between April and September of 2020, two out of three card purchases came from new clients, a ratio that was reversed prior to the pandemic, said CEO Andrew Collins.

“We’re forecasting that this will be our highest volume summer on record in the history of the company,” Collins told CNBC Global Traveler.

No vacancy: Hotels that are filling fast

Located in New York’s Catskill Mountains, The Roxbury at Stratton Falls opened in February of 2020, just before the pandemic hit the U.S.

“Last year our reservations were dismal for the summer at this time,” said co-owner Greg Henderson. “This year we’re facing the opposite problem …. demand is so high that by mid-April there will be no weekend availability left all the way into October.”

His advice for weekend travelers: “Now is the time” to book.

The Roxbury at Stratton Falls has themed mansion rooms and tower cottages.

Courtesy of The Roxbury at Stratton Falls

Another New York hotel, The Inns of Aurora, is fully booked on select weekends in July and August, said Alex Schloop, the hotel’s creative director. The hotel, comprising five boutique inns in the Finger Lakes region, doesn’t typically have this many summer bookings, he said.

“In the past, we’d usually see summer bookings pick up … closer to end of April or early May,” Schloop said.

Club Wyndham, the member-based vacation company, said three of its resorts in Myrtle Beach, South Carolina are nearly fully booked in July. The beachfront Club Wyndham SeaWatch is 99% full in June, and 95% full in July, the company said.

Club Wyndham Ocean Boulevard resort is 93% booked in July, according to the company.

An uptick in bookings is keeping travel companies busy too.

“InteleTravel experienced several record-breaking days last week where we booked more transactions in a single day than ever in our 30-year history,” said James Ferrara, the company’s president. “In Mexico, we’re … seeing an emerging preference for ‘swim-out’ suites found at some all-inclusive resorts, so travelers have less contact during their vacation.”

Last December, Sandals opened this style of suite at its South Coast resort in Jamaica. These “suites are essentially sold-out for the next 12 months,” Adam Stewart, executive chairman of Sandals Resorts International said.

The Rondoval swim-up suites at Sandals South Coast, which come with river pool access and butler service, are sold out for the next year.

Three Sandals’ resorts in Jamaica are fully booked on various dates in June and July, and all three of the brand’s family-themed Beaches resorts — two in Jamaica and one in Turks and Caicos — are sold out from mid to late June.

The surge in bookings is causing some hotels to raise prices for remaining rooms.

“We feel confident in our rate structure to price both weekdays and weekends at higher levels than usual because of this increase in demand,” she said.

Where home rentals are hottest

Airbnb is reporting travelers are looking to rent homes near small beach towns and state and national parks this summer. Vacationers are searching for patios, backyards and barbecue areas (for Fourth of July gatherings) at higher rates than before.

Though travelers are largely expected to travel domestically this year, Americans are searching summer home rentals in Aruba; the U.S. Gulf Coast; Tulum, Mexico; and Reunion, Florida, according to HomeToGo’s “2021 Summer Travel Forecast.”

Massive availability issues … are going to play out … as the weather warms up.

The travel search engine named Orlando, Florida; the Upper Peninsula of Michigan, and New York City as the most searched “most affordable” locations. With a $234 average nightly rental rate, the inclusion of New York City on a budget list illustrates the lack of travelers to the once-thriving metropolitan areas in the United States.

This year, only 12% of summer travel searches are for urban destinations, according to HomeToGo.

“Hotels with villas are also pacing well, particularly those with strong drive-to markets like Southern California,” she said.

One location was mentioned by nearly everyone who spoke to CNBC for this report — Florida.

Fourteen of the 24 locations with the biggest growth in booking interest (defined as searches and clicks) on VacationRenter are in Florida, the company said. The home rental website, which aggregates home rentals from VRBO, Booking.com and other websites, highlighted Key West and Orlando, as having nearly tripled in booking interest from last year.

Train tour operator Vacations By Rail is expecting Alaska, Colorado and the U.S. national parks to be the most popular destinations for train travelers.

“This is not unusual for us, but the demand is huge,” said the operator’s president Heather Leisman, who added the company “is working hard to add capacity to meet the overwhelming demand.”

Additional departure dates are being added to Mount Rushmore, Yellowstone National Park, Glacier National Park and on the company’s “Great Parks of the Southwest” tour, which includes the Grand Canyon.

Guided tour operator Trafalgar is reporting a 56% increase in travel to Alaska this summer.

Car rental shortages may be a bigger problem.

“Massive availability issues … are going to play out … as the weather warms up,” said Jonathan Weinberg, CEO of rental car website AutoSlash. He said there was a “de-fleeting” by rental car companies (selling of cars or deferring or canceling plans to buy new ones) last year and the difficulty and cost to buy new cars this year due to vehicle production and semiconductor shortages.

Last weekend, 18 out of 20 commercial airports in Florida had zero availability, and off-airport locations “were similarly slammed,” said Weinberg, who said those who could rent cars were paying upwards of $500 a day.

“It’s almost a certainty that it’s going to get worse before it gets better, and it’s likely going to be the back half of the summer into the fall before things truly return to ‘normal,'” he said.

Weinberg’s advice: “Book early – way earlier than you would ever think. You can make a pay-later reservation where you don’t have to even give your credit card.”

Part of the pleasure of camping is getting away from crowds and sold-out scenarios. But, that may change now that outdoor travel is one of the hottest travel trends of 2021.

Reservations for the yurts — or rounded tents — at Snow Mountain Ranch in Granby, Colorado opened in January and are now nearly fully booked, the company said.

“The yurts are very popular for guests as a glamping option, and this year the demand to get outdoors and out of the city is even higher,” Trueman Hoffmeister, the ranch’s general manager said.

Courtesy of YMCA of the Rockies

Campgrounds have more availability, however, ones located near top national parks are filling up, according to booking website Kampgrounds of America. The West Glacier KOA Resort, near Glacier National Park, is mostly full for summer and is already taking reservations for the 2022 travel season, the company said.

Another booking website Campspot said campgrounds in the U.S. Great Plains and Rocky Mountain states are booking the fastest, with reservations for cabins, RV sites and tents all having increased from last year.

2021 NFL free agency: Ranking the five best and worst signings of the offseason 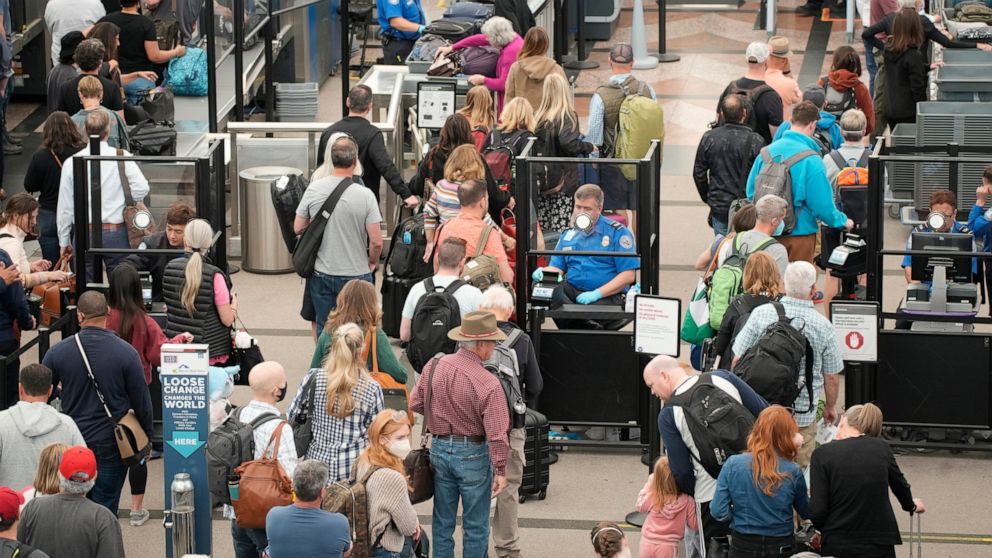 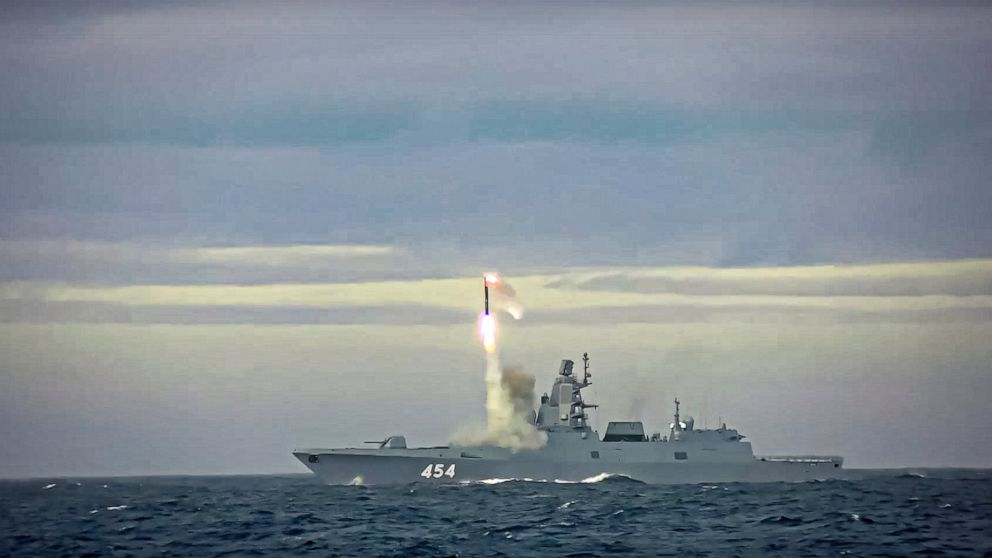