“For the first time this century, among countries with more than 1m people, there are now fewer democracies than there are non-democratic regimes.” This sobering sentence is by the Oxford university historian Timothy Garton Ash in an essay on “The Future of Liberalism”. The observation reflects what Stanford University’s Larry Diamond labels the “democratic recession”. The election of Joe Biden as US president is a relief. But this story is not yet over.

To understand what is happening, one must connect politics to economics. Branko Milanovic, an expert on inequality, did this in Capitalism Alone, published last year. Capitalism has triumphed, he argues. He is right: the market economy is indeed triumphant. But, he adds, capitalist economies go with two distinct political systems in leading economies: the “liberal” model of the US and its allies, which is the concern of Messrs Garton Ash and Diamond, and China’s “political” model.

Mr Milanovic argues correctly that liberal democracy is a good in itself and also allows peaceful self-correction. People do desire freedom and US voters have disposed of Donald Trump. The Chinese cannot do the same with Premier Xi Jinping. The argument for “political capitalism” is instrumental: it works. The rise of China has indeed been extraordinary. Many have noticed, too. A recent survey by the Pew Research Center shows that far more Europeans now think China is the leading economy than believe the US is, though the Japanese and South Koreans disagree.

Mr Milanovic’s dichotomy is useful but simplistic. A third political version of capitalism exists: demagogic authoritarian capitalism. This can arise out of collapsed communism, as in today’s Russia, or out of enfeebled democracy, as in Brazil or Turkey. Demagogic authoritarian capitalism is a hybrid. As in the Chinese system of bureaucratic authoritarian capitalism, the ruler is above the law and democratically unaccountable — elections are a sham. But power is personal, not institutionalised. This is corrupt gangster politics. It rests on the personal loyalty of sycophants and cronies. Often the core consists of the family members, viewed as most trustworthy of all. This is the political system Mr Trump wished to install in the US.

Such rulers are like wasp larvae that eat the spider from within. They manage to win an election and then erode the institutional and political bulwarks against indefinite personal rule. Mr Trump has all the relevant characteristics: the truth is what he says it is; a fair election is one he wins; and a good official is one who is loyal. He wants to be an autocrat. This is distinct from saying that he wants to govern. Nero was not very interested in governing either. But he definitely was tyrannical.

Events in the US have shown two crucial things. First, core American institutions including the courts have resisted his effort to overthrow the elections. Second, a huge proportion of the Republican party has abetted his lie that the election was rigged. This has underlined another reality of the past four years: the Republican leadership showed absolute obedience to their leader, almost to the last gasp.

RELATED:  What Happened When India Mandated Gender Diversity on Boards

This is no accident. It is the logical outcome of the political and economic strategy of the “pluto-populist”. Mr Trump is a natural outcome of the strategic goal of the donor class — tax cuts and deregulation. To achieve this end, they have to convince a large proportion of the population to vote against its economic interests by focusing on culture and identity. This strategy has worked and will continue to work: Mr Trump may have gone; Trumpism has not. Not entirely dissimilar patterns can be seen in Brexit Britain. The focus of the university-educated left on their form of identity politics plays into the hands of their rightwing counterpart.

Mr Biden is a decent man. What he wants to do domestically and internationally makes evident sense. But he will confront an opposition determined to make him fail. Indeed, making government fail is the core of rightwing politics — that and stoking the rage of the base. One has to be blind not to see where this is leading. The donors would not be the first rich and powerful people to believe, mistakenly, that they can control demagogic demons they have helped create.

As the Pew survey shows, the reality of Mr Trump’s US has eroded the world’s confidence in its competence and decency. Mr Biden will find it very hard to regain that trust, not because people do not believe in him, but because they do not believe in his country. And, with the US’s future as a liberal democracy still uncertain, the cause remains in grave trouble worldwide.

Liberal democracy does have one big advantage: its main opponent. As Harvard’s Samantha Power notes, China’s approval rating in Gallup polling is a median of 32 per cent among over 130 countries. It has hardly budged in 10 years. People respect China, but do not like it. China also confronts the challenge of sustaining economic dynamism without a credible rule of law.

None of today’s dominant systems is working well. Capitalism is innovative, but creates huge social, political and environmental challenges. Liberal democracy is corroded, even at its core. But the authoritarian politics that challenge it are vastly worse. Unaccountable rule by gangsters or brutal bureaucrats is deeply depressing, even if the latter are much less incompetent. Those of us who continue to believe in freedom and democracy hope Mr Trump was the warning we all needed. But I doubt it. There is none so blind as rich egotists who will not see.

James Harden threw basketball at teammate in practice, tension rising between Rockets and star, per report

Deaths in U.S. expected to top 3 million for the first time, mainly due to Covid 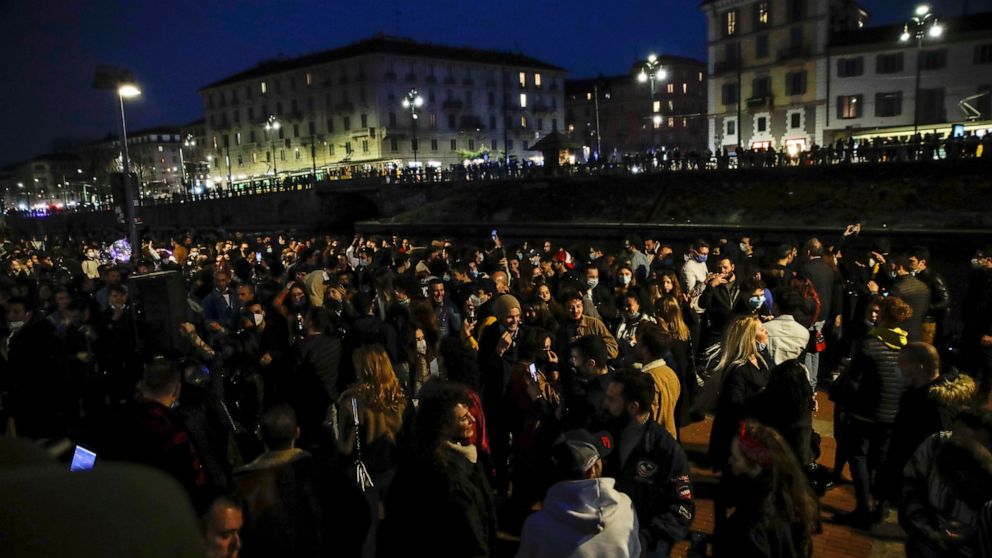 Unemployment benefits end next week. It may be too late for Congress to stop it, experts say