Robotic arm taking a cardboard box in a warehouse

As retailers’ beef up e-commerce operations and invest in faster delivery for customers, the appetite for warehouse space is rocketing higher, according to a new report.

This year, demand among mass merchandisers for logistics facilities to store inventory and pack and ship online orders will be the highest it has ever been, said commercial real estate services firm JLL.

JLL has been tracking pent-up demand among big-box and value retailers including Walmart, Target, Big Lots, TJX and Costco, all of which are vying for warehouse space. Some of these companies are playing catch up to Amazon, which for years has been gobbling up warehouses — big and small — in central locations across the country. More recently, that buying and leasing activity has spread into more densely populated areas including New York City.

“We’ve been on a long-term journey of shifting consumer behavior from buying in stores to online,” Craig Meyer, president of JLL’s Americas industrial division, said in an interview. “That’s the existential driver for demand in the U.S.”

Demand for warehouse space is growing

There are a few key markets in the United States where businesses — including third-party logistics providers such as UPS and FedEx — face much stiffer competition over warehouse space.

Demand has skyrocketed in Columbus, Ohio, JLL found, a market where it says nearly half of the country’s population is within a one-day drive. Industrial real estate demand in Columbus is forecast by JLL to surge 61% in 2021 from 2020, after jumping 13.7% the prior year.

Meantime, as ports along the coast of Southern California experience extensive backlogs, inquiries for warehouse facilities are reaching unprecedented levels in Savannah, Georgia, JLL said. Demand for industrial real estate in the Savannah area has grown by almost 10 million square feet over the past year, the report said.

“Cargo is shifting towards the East Coast. And that’s been going on for a while, but again was exacerbated by Covid,” Meyer said. “There are a lot of companies looking to get there as a staging point, now, as [containers] come off the boat.”

Taking rents, which are the base rents that landlords and tenants settle on, are rising faster than asking rents, according to separate data from the real estate firm CBRE. This is another sign of a hot market. Industrial taking rents rose 9.7% in the first five months of 2021, compared with the same period a year earlier, CBRE found. Asking rents rose just 7.1% over the same timeframe.

“We’ve seen gigantic leases, high-density leases, signed in Brooklyn, Queens and markets around New York City,” Meyer said. “And what’s remarkable about those is there are rents that are equal to office building rents. Because being close to that cluster, for that last mile, is so critical.”

Prologis, the biggest U.S. owner and manager of logistics real estate by square footage, sees a stark disconnect between supply and demand.

“Momentum in the marketplace is really strong, and this is against a backdrop where there’s very high scarcity in our business,” Chris Caton, head of Prologis’ research group, said in an interview. “Vacancy rates in the U.S. are four-and-a-half percent, basically 40-year lows. There has never been less available to lease, at a time when customers really, really need it.”

The long wait is finally over for Chris Paul, plus the Lightning continue to look unstoppable against Habs

COVID-19: PM urges patience over school bubbles as Tory MPs call for policy to be scrapped on 19 July 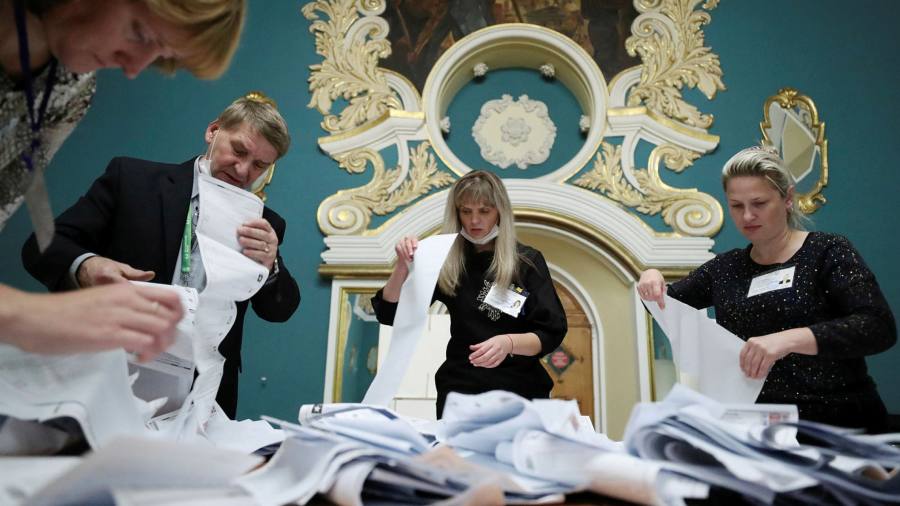 Waspi woman survives on £50 a week. ‘I’d have starved without food parcels and friends’