Miss something this week? Don’t panic. CBC’s Marketplace rounds up the consumer and health news you need.

Want this in your inbox? Get the Marketplace newsletter every Friday.

Ottawa still wants us to stay home. But many travellers are heading to warmer pastures anyway

For many Canadians accustomed to a life of travel, the last year and half has only made their feelings of wanderlust grow stronger.

While the delta variant has complicated plans for a post-pandemic future where it’s safe to travel without reservations, many people are still planning to head south in the coming months.

Air Canada, Air Transat and Sunwing all say the upcoming fall and winter looks promising for travel to sun destinations.

“When looking to the sun market, we are very optimistic about our recovery,” Air Canada spokesperson Peter Fitzpatrick told CBC News in a recent email. He noted the airline is currently “observing demand growth that is above 2019 levels.”

Despite this increased demand, the federal government is still feeling uneasy about people travelling internationally.

In an email to CBC News, Global Affairs Canada said its still advising against non-essential travel outside of Canada and also pointed to practical concerns for those who do choose to go abroad.

RELATED:  Tenn. Nissan plant to close for 2 weeks due to chip shortage

“Additional travel restrictions can be imposed suddenly. Airlines can suspend or reduce flights without notice. Travel plans may be severely disrupted, making it difficult to return home.” Read more

Can a landlord cancel a lease because of tattoos? It happened to this student

A first-year Western University student who arrived in London, Ont., from Saskatchewan says she had a rental agreement cancelled at the last minute by a landlord who said she didn’t like her tattoos.

Kadince Ball, 18, started school at Western earlier this month and secured an apartment ahead of her move. She’d already signed a lease and paid her damage deposit, but shortly after she met her landlord Esther Lee in person, Lee told her that she couldn’t move in.

“A lease was signed and because I look a certain way, I was denied tenancy,” said Ball. “None of my tattoos are offensive. They are works of art. They are somebody’s works of art on my body.”

Lee told CBC News she moved to cancel the lease because she became “scared” after seeing Ball’s tattoos. The day the two first met in person, it was hot and Ball was wearing a tank top that showed her tattoos, which include a snake wrapped around a flower on her forearm, a cherub on one shoulder and a flower on the other shoulder

“It covered almost 70 per cent of her arm,” said Lee. “That’s why I don’t want to rent it to her because it’s scary, so scary.”

Ball eventually found another apartment. She’s more concerned with her studies than pursuing legal action. But a lawyer at the Community Legal Services Clinic at Western says if she chose to bring the incident to small claims court, she likely would have a case. Read more

How much air pollution is too much? The answer is lower than we once thought

The World Health Organization said earlier this week that the harmful health effects of air pollution kick in at lower levels than it previously thought.

As a result, the WHO is setting a higher bar for policymakers and the public in its first update to its air quality guidelines in 15 years.

Exposure to air pollution is estimated to cause seven million premature deaths and affect the health of millions more people each year, and air pollution “is now recognized as the single-biggest environmental threat to human health,” said Dr. Dorota Jarosinska, WHO Europe program manager for living and working environments.

Air pollution is now comparable to other global health risks such as unhealthy diets and tobacco smoking, WHO said. Read more

What else is going on?

Here’s how the housing landscape could change under a newly re-elected Liberal government
Ottawa looks very similar post-election, but there is optimism about affordability — if promises are kept.

Office vacancies are at a pandemic high. Blame the fourth wave
The vacancy rate rose to 15.7 per cent in the third quarter of 2021, according to CBRE Group Inc., a commercial real estate firm.

The EU wants to push all smartphone makers to use the same charging point. Even Apple
EU wants to cut down on 10,000 tonnes a year of e-waste generated by obsolete tech.

Is your device spying on you? CBC Kids News has the answers
Experts say that’s a bit of a stretch.

Are you currently in a fight with your home insurance company over flooding or water damage? We want to hear your story! Email us at [email protected].

Do you get harassing phone calls demanding you owe the CRA money for unpaid taxes? Or callers claiming you’ve got a virus and need tech support? If so, we want to hear from you. Send us a video message detailing your experience so we may use it in our show! And share your phone number so we can get in touch! Email us at [email protected]

Join Charlsie Agro as we investigate the quality of some of the world’s top fast fashion brands. The clothes might be trendy and the price might be right, but you’ll be shocked to learn some of these garments might actually be toxic.

Tune in Friday at 8 p.m., 8:30 in Newfoundland and Labrador on CBC Television and CBC Gem.

You won’t want to miss it.

Catch up on past episodes of Marketplace any time on CBC Gem. 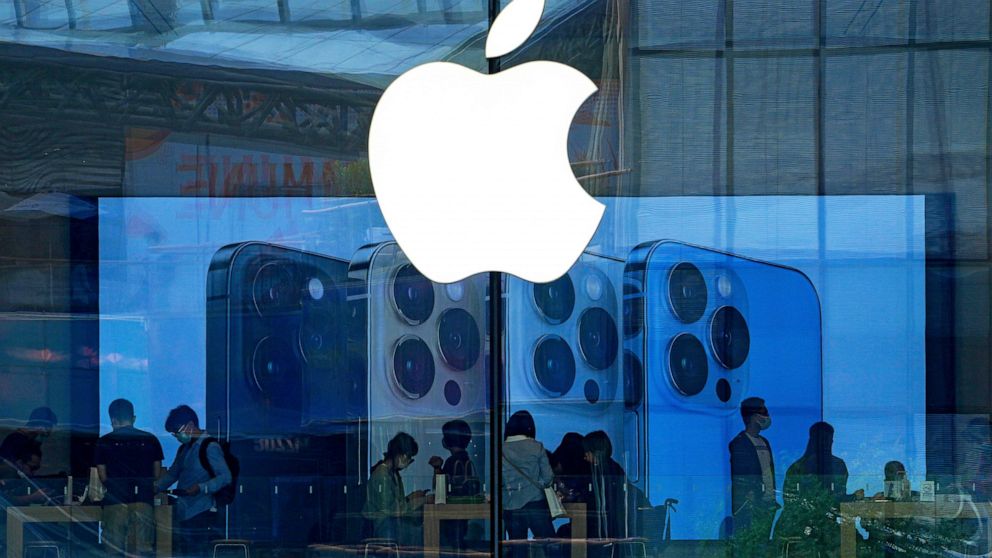