The discovery of a new — possibly more virulent — coronavirus variant in India has prompted Canada to institute a 30-day ban on passenger flights from that country and neighbouring Pakistan while it assesses the situation.

But some health experts argue targeting specific countries won’t stem the tide, as numerous variants — including the strain first detected in India — have already spread across the globe.

“I do believe it’s a mistake to single out any one country or any one part of the world because these viruses have already spread into many different areas,” said Dr. Andrew Simor, an infectious disease specialist at Sunnybrook Hospital in Toronto.

“The most effective thing is screening on arrival and in particular, quarantine on arrival.”

The federal government currently bans most non-essential foreign travellers from entering Canada, and requires those allowed to enter to take multiple COVID-19 tests and complete a 14-day quarantine.

But some critics argue the rules don’t go far enough — or provide loopholes — so Canada’s most effective move now would be to toughen up its screening and quarantine measures.

“The current travel restrictions are rather porous,” said Simor.

COVID-19 cases are surging in India, which could be fuelled by a new variant in the country — B1617 — that may be more contagious and/or more deadly because it involves two mutations of the virus

As a result, some countries, such as the United Kingdom and Hong Kong, restricted travel from the country earlier this week.

That sparked demands from some federal opposition leaders that Canada follow suit by restricting travel from India and other global hotspots.

Why <a href=”https://twitter.com/PierrePoilievre?ref_src=twsrc%5Etfw”>@PierrePoilievre</a> and <a href=”https://twitter.com/fordnation?ref_src=twsrc%5Etfw”>@fordnation</a> are flights from India still landing in Canada!?? You NEED to advocate for a ban for flights to or from India. This is ridiculous. There is a flight landing at Pearson this AM and 2 more tomorrow!

The demand was fuelled by news reports tallying the number of recent flights from India to Canada carrying passengers who have tested positive for COVID-19.

Out of 117 flights to Canada between April 5 and 17, the government reported that 29 flights from India carried at least one infected passenger.

And B1617 has already hit Canada, with cases reported in Quebec and B.C.

“It’s already here,” said Caroline Colijn, a COVID-19 modeller at Simon Fraser University. “We sound the alarm now, but it had plenty of opportunity to get all over Asia and all over the world.”

RELATED:  Use with care: Covid makes work emails trickier than ever

Considering the global spread of several COVID-19 variants, University of Ottawa epidemiologist Raywat Deonandan said a more prudent move would be for Canada to temporarily ban non-essential travel from across the globe.

“Nothing prevents someone from travelling from India to a second country and arriving from there,” he said of the proposed ban. “So [there are] loopholes.”

Still no tests for essential travellers

When announcing its 30-day ban on flights from India and Pakistan, the government said its pandemic travel measures have been effective at limiting the spread of the coronavirus.

“Since March of last year, Canada has had robust travel restrictions and border measures in place … and data show that our government — our measures have been working,” said Transport Minister Omar Alghabra.

But some experts say those measures need to be strengthened.

Currently, to ensure the free flow of goods and services during the pandemic, most essential workers — such as truck drivers and flight crew — are exempt from Canada’s rules requiring incoming travellers to take multiple COVID-19 tests and quarantine.

But critics argue essential workers crossing the border should at least be tested for COVID-19.

“If you have the tools to — at the very least — do a cursory screening, in this case a rapid [COVID-19] test, why wouldn’t you do it?” said Deonandan.

Canada is considering a halt to air travel from India, especially after a variant of interest first seen in that country was detected in Canada. 2:13

He said he follows strict COVID-19 safety protocols, but still fell ill with COVID-19 three weeks ago. McNabb believes he got the virus during one of his weekly trips, hauling goods to Wisconsin, where he says many people don’t take the pandemic seriously.

“I would say less than 50 per cent of people wear masks,” he said. “They’re kind of in denial, they don’t believe it’s real, they don’t really care.”

In February, Ottawa said it was exploring tests for essential workers at the border, but has not yet presented concrete plans.

To help curb the spread of COVID-19 variants, the government recently mandated that air passengers entering Canada must take a COVID-19 test upon arrival and quarantine for up to three days in a designated hotel to wait for the results.

Shortly after the rules took effect on Feb. 22, it soon became apparent that some passengers were circumventing the hotel quarantine requirement, sometimes by refusing to check into a quarantine hotel — which could result in a fine.

Deonandan said the government needs to do a better job to make sure travellers comply with the new rules.

“Are you an incoming traveller? Yes — in that case you are going to be cordoned and sent to that bus over there that will take you to the hotel. That’s the price to travel now.”

CBC News asked the Public Health Agency of Canada about stronger enforcement for travellers required to quarantine in a hotel, but has yet to receive a reply.

SFU’s Colijn agrees that Canada needs to be more vigilant on the home front. She said that banning flights to India seems like an easy fix, but that testing and monitoring travellers entering the country is now where Canada can best prevent them from spreading the virus.

“These other things are really hard, but they’re what we have to do if we want to prevent dangerous new variants from arriving.”

2021 NFL Draft order: Updated list of all seven rounds and 259 picks in this year's draft 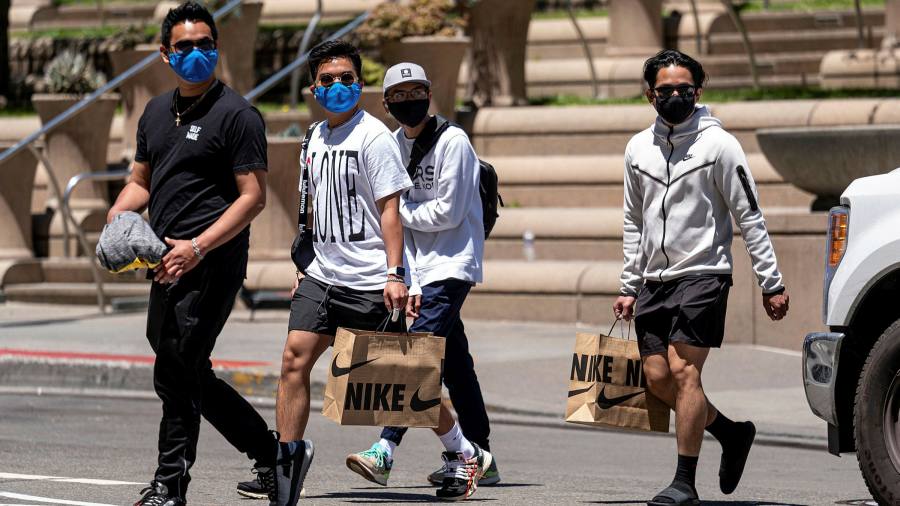