Students in kindergarten through second grade at a sliver of New York City schools may get more one-on-one time with a teacher this fall, as part of a new pilot program funded by federal COVID relief dollars.

The education department will distribute a total of $18 million to 72 schools with larger than average class sizes so that principals can hire more teachers. Schools will get an average $250,000, but the exact amount for each school will be equivalent to an average salary for two teachers.

The program was the result of budget negotiations between the City Council and Mayor Bill de Blasio’s administration this fiscal year. The City Council, seizing on billions of federal relief dollars available for K-12 city schools, wanted officials to spend $250 million to lower class sizes by hiring 2,500 new teachers. Instead, the administration announced the pilot program for a fraction of the proposed cost. The initiative could bring just over 140 new teachers to the pilot schools, unless principals decide to hire part-time staffers.

Though it has been touted by both City Council members and the education department as a class size reduction pilot, principals can choose a few different ways to spend the money. They can place a second teacher inside existing classrooms to reduce student-to-teacher ratios. They can also separate children into new smaller classes, though that could be difficult at overcrowded schools that are also strapped for space. They can also hire part-time staffers who provide extra support in classrooms for part of the week.

Department officials hope that lowering student-to-teacher ratios will improve literacy among the city’s youngest learners. But officials did not answer questions about how principals will ensure literacy improvement through the program.

One of the pilot schools is P.S. 194 in Brooklyn’s Sheepshead Bay, where K-5 computer science teacher Kathryn Malara said she had a class one year with 34 kids, exceeding the teachers union’s contractual limit for elementary school grades. That size — under a former principal — caused her to cry every day after work and “lose so much of the camaraderie with the kids because there are so many kids.”

Though things have improved under new school leadership, she said it’s still tough to provide individual instruction in classes where she does not have a co-teacher. She doesn’t yet know how her principal will use the money, but she believes it is coming at an important time, as many of the city’s students prepare to return to school buildings in September for the first time since March 2020.

“They’re definitely going to need more support to get into the regular routine of learning every day, and we’re gonna need more adult human beings to do that, no doubt about it,” Malara said.

One potential challenge of the pilot is that it could be short lived.

In a memo shared with the 72 schools, department officials warned that this pilot might not be funded after the upcoming school year, so “schools should ensure plans for long-term sustainability for any teachers hired under this allocation.” They suggested that schools consider hiring part-time employees who come in a few days a week, or “assigning teachers from non-classroom roles to early grade classes for literacy instruction.” One example would be moving a literacy coach into a classroom, a department spokesperson said.

Officials pointed out that all schools will see a total of more than $600 million going to their budgets — a boost from previous years — which principals can use to hire various types of staff. That, they argue, could result in lower class sizes at schools outside of this pilot.

In addition to having higher than average class sizes, the 72 schools selected for the program have student bodies that are more than 70% low-income, and have lower than city average scores on state math and reading exams across all grades, according to department officials.

One of the pilot schools is P.S. 21 in Staten Island. Principal Anthony Cosentino said it was a “pleasant surprise” to learn this week that his school will receive just over $194,000, he said.

Cosentino is thinking of creating a new second grade class in a room that had been used for clubs, activities, and “mindfulness.” For kindergarten and first grades, he’s considering hiring part-time teachers who could come in two to three days a week and can spend time in multiple classrooms to provide small group instruction, including in reading.

Those plans could change before the first day of school or as the school year progresses, he said.

“As a school we’re gonna have to be flexible and monitor the situation and make adjustments to what’s best for our kids and for our community,” Cosentino said.

RELATED:  NYC moves to take students off mute in juvenile lockups, but due date elusive

Sharon Porter, the principal at Norma Adams Clemons Academy in the Little Caribbean area of Brooklyn, where the average class size is 32 students, said she plans to use her $250,000 allotment to hire more English as a new language, or ENL, instructors. Her school community has expressed interest in hiring more such teachers to support English language learners, who have grown in numbers at her school in recent years. But until now, it was “hard to find the funding,” Porter said.

“That’s a high-needs population, so due to the funding, I would be able to get more staff to assist the kids, and we’ll be able to spend more time with the kids we have,” Porter said.

New York City’s average class size in grades K-8 for general education was just over 25 children, according to city data for the 2018-2019 school year. (Chalkbeat used older data since the pandemic brought on in-person and virtual instruction).

Research has largely found that reducing the size of a class can lead to better academic outcomes. One of the most significant studies came out of Tennessee in the 1980s, which found that math and reading test scores improved by 5 percentile points for students in classes with 13-17 students, versus 22-25. Students in smaller classes also did better than their peers when it came to graduation, college enrollment and completion, as well as with juvenile crime and teen pregnancy.

But another study based in New York City found that gains in reading and math only occurred in smaller classrooms with experienced teachers, while no significant gains were seen where new teachers were hired.

Thomas Dee, a researcher and professor at Stanford University’s Graduate School of Education, said New York City has “thoughtfully” chosen schools for this pilot, since research has shown that smaller class sizes are more beneficial for younger and historically underserved students.

“The fact that New York City is intentionally targeting the class size reductions in a sensible way — toward lower income populations and toward early grades — is sadly unusual, and I find it refreshing they are doing so,” Dee said.

Advocates have long pushed to lower class sizes in New York City classrooms, with de Blasio promising as a candidate to focus on the issue as mayor. But advocates and elected officials contend that his administration has not moved far enough on that front. City officials have pointed to a $19 billion capital plan that, over five years, aims to build 57,000 more school seats across the five boroughs.

RELATED:  NYC does not plan on in-person instruction for students with disabilities this summer despite OK from state officials

Queens Councilman Danny Dromm, a former public school teacher and chair of the finance committee, pushed this year for the city to put money toward lowering class sizes. He said the city wanted to roll the program out at just 36 schools after rejecting the council’s $250 million proposal, but he pushed to double that number.

Dromm acknowledged that the size of the pilot is disappointing for some advocates who had hoped that this year’s large influx of federal funding would mean a large-scale reduction in class sizes. He also recognized that many schools may decide to add an additional teacher into an existing classroom versus actually reducing the size of the class. But he said even an additional teacher is “a worthwhile endeavor.” He hopes the next mayoral administration prioritizes building more classroom space.

“The lack of physical space remains a problem,” Dromm said. “However, having a second teacher in the classroom when it works well does have an important impact on student outcomes.”

The effect of adding a teacher to a classroom has not been as well studied as reducing overall numbers. But in a 1999 study in Wisconsin, schools in high-poverty districts that lowered the student-to-teacher ratio to 1 to 15 — either by reducing the number of children in the class or placing an additional teacher in the classroom — found overall gains in math, reading, and language arts scores compared to districts with class sizes of about 22 to 24 children.

It’s unclear how exactly the department plans to assess the pilot. A department spokesperson said officials will continue to report class size numbers as they do each year and “see how the initiative impacted these schools.”

But the success of the pilot may hinge on the quality and experience of the teachers who are hired, Dee, from Stanford, said.

“We know principals are really consequential in terms of school performance, so their capacity to identify good teachers and support high-quality classroom practice may well matter,” he said. 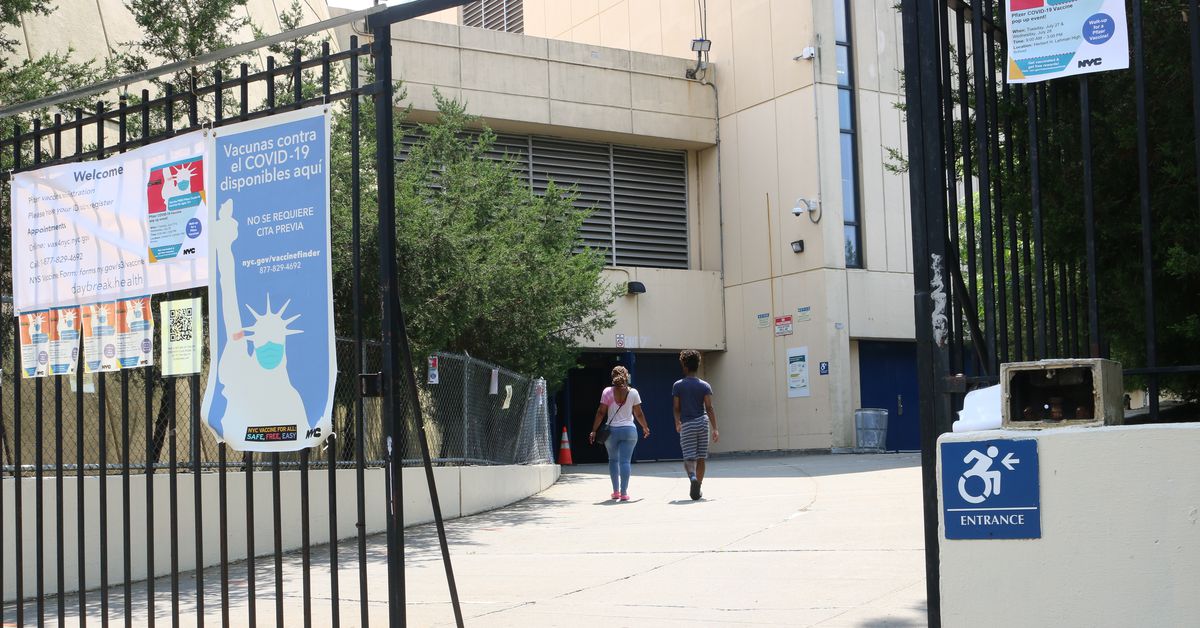 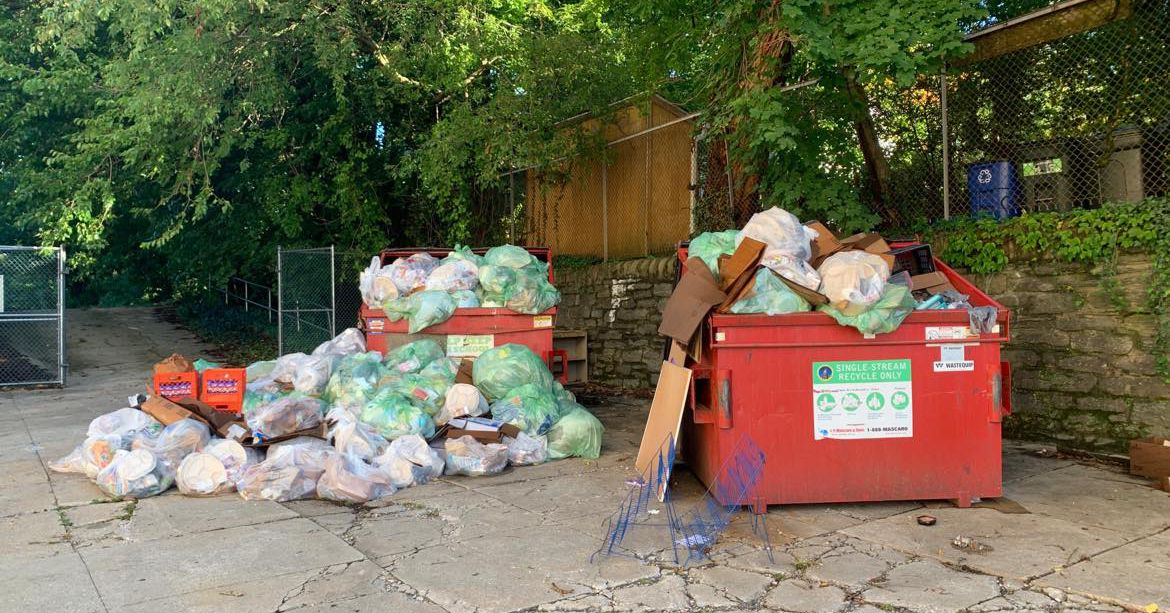