As the new school year approached, Susan Graham wanted to know: Would her California school district have a remote learning option for her fifth grader?

State lawmakers put strict limits on virtual learning this year, so her son’s district wasn’t offering daily classes over Zoom anymore. Instead, the district had an “independent study” program. Graham hoped it could work as a stopgap until her 10-year-old, who has Down syndrome and a respiratory condition, could be vaccinated against COVID.

At a virtual town hall about the remote program, though, she was told it was a “general education” program only. If her son enrolled, he would lose access to modified lessons, speech therapy, and occupational therapy.

“I was pretty stunned,” Graham said. “This is not inclusive.”

School districts don’t have to offer virtual learning this year, and most have scaled back their virtual offerings to encourage students to return to in-person school. But where virtual school is available, some students with disabilities are finding it’s closed to them — or they are being asked to give up certain kinds of support to enroll.

Federal officials have stressed the importance of in-person learning for students with disabilities, many of whom have struggled to learn online while trading hands-on services for virtual stand-ins. “The best thing we could do for students with disabilities is the same thing we can do for all students — get them back in the classroom,” Secretary of Education Miguel Cardona said at a Senate hearing last month.

In a lengthy guidance document, the federal education department recently told districts that if they open a virtual program to all students, the district “must ensure that a child with a disability whose needs can be met through virtual learning” receives all of the services they’re legally entitled to. That leaves districts with some discretion to decide who those students are.

But across the country, lawyers say districts are inappropriately excluding students and saying their needs cannot be met online, including many students who received special education services virtually last year.

A Maryland attorney recently filed a civil rights complaint with the U.S. Department of Education after Baltimore County schools denied a third grader with Down syndrome access to the district’s virtual school. In California, attorneys filed a complaint with the U.S. Department of Justice and a federal lawsuit over instances in which students with disabilities, including Graham’s son, were denied access to independent study programs or were told they’d have to give up their services to enroll.

If a district declines to modify lessons or add staff to make a virtual program work for all, “That’s a choice,” said Leslie Seid Margolis, the managing attorney at Disability Rights Maryland, who is representing several families who were told their children with disabilities couldn’t be served in virtual programs this year. “And it’s a choice that has a discriminatory impact on kids who may need those supplementary aids and services.”

School officials, for their part, are wary of letting students with disabilities attend virtual programs that they believe will be inferior to in-person school or that they can’t staff appropriately while also serving students in person. Special education teachers and paraprofessionals have been among the hardest positions for schools to fill this school year, adding to the challenge.

Detroit, for example, offered a virtual program that includes live instruction to any student who wanted to learn online this year. But the district turned down some students with disabilities who had needs the district didn’t think it could meet in the virtual school. Many who were denied entry previously attended centers that offer specialized support.

“We did not want to violate IEPs,” Superintendent Nikolai Vitti said in a statement, referring to the plans that spell out a student’s accommodations and services. “Some children’s needs, whether it be instructional or physical, cannot be met through virtual learning.”

Philadelphia expanded its virtual school to every grade except pre-kindergarten this year, and the district says the virtual school does offer certain services, like speech therapy, and employs special education teachers who can modify lessons. Some virtual students can receive specialized services through an outside agency.

But Anna Perng, who advocates for Philadelphia students through the Chinatown Disability Advocacy Project, said when she attended a meeting with a family seeking to enroll their child in the district’s virtual school, the family’s request for their child’s usual one-on-one aide was turned down. In an email, spokesperson Marissa Orbanek said that if the district determines that a student’s needs can’t be met virtually, the available option is to attend “in-person, in the currently assigned school.”

Students who’ve been admitted to virtual programs expecting to receive extra help from teachers and paraprofessionals have gone without that support, too.

Twelve-year-old Tyliya Wilson is supposed to get five hours of extra help each week with a teacher, according to her learning plan. Last year, she met with a teacher every day over video chat, and the teacher would pop into Tyliya’s other virtual classes to check on her.

But over the last five weeks in Detroit’s virtual school, Tyliya has seen such a teacher just a handful of times to get help retaking a test.

“It’s kind of hard, like when I need some help with my work,” Tyliya said. “Sometimes I ask my teachers, but it’s a bunch of kids in my class so they can’t help all the students.”

Detroit officials told her mother, Aliya Moore, that they intend to provide her daughter’s services, emails show, but Moore was told it won’t be until November that Tyliya will receive extra time with a teacher. The district struggled to adequately staff the virtual school, Moore was told, after more students enrolled than were expected.

When Maria Juarez enrolled her 10-year-old in her Texas district’s virtual program, she was initially told that her daughter would receive her services after school. Her fifth grader has an emotional disability and attention-deficit hyperactivity disorder and is entitled to extra help from a teacher and visual charts to help with math skills like subtraction and division.

But so far, she’s gotten none of that. Juarez says she was later told her daughter’s needs are too complex for the virtual program. (Her district, Arlington Independent schools, did not respond to a request for comment.)

“I am just so lost right now because she needs the help,” Juarez said. “Whether you’re virtual or you’re in class, you should be offered the same education.”

Some say the continued demand for virtual learning was foreseeable, especially since some students with disabilities have medical conditions that make them more vulnerable to COVID and there is no vaccine for children under 12 yet. On top of that, school districts received extra COVID relief funding specifically to help students with disabilities.

“I don’t understand how after 18 months of this, that schools were not better prepared to offer virtual options to students with disabilities,” said Selene Almazan, the legal director at the Council of Parent Attorneys and Advocates. “I really don’t.”

Some families who were told their district’s virtual option wasn’t a good match for their child’s needs have been directed to home and hospital instruction, programs typically reserved for students with a short-term medical condition. These programs offer significantly less instruction than a regular school day and usually don’t provide interaction with peers.

Allegra and Arik Marcell’s 9-year-old son, who has Down syndrome, went a month without school after Baltimore County schools told the family the district’s virtual program wasn’t a fit for their son’s needs. Recently, their son has been meeting with a virtual tutor for about eight hours a week through the district’s home and hospital program, and he’s started receiving virtual speech and occupational therapy, too.

Still, the Marcells worry their son is falling behind, as he’s often given assignments below his grade level.

The third grader has an active imagination, but without classmates, he’s spending a lot of time in his own private world. “He’s extremely isolated,” Arik Marcell said. (Baltimore County schools did not respond to a request for comment.)

For students who’ve been shut out of both virtual and home and hospital programs, there are few other remote options.

In California, Graham hired a private tutor to work a few hours a week with her son, after deciding not to give up his services to enroll in their district’s independent study and being denied home and hospital services. Now she’s waiting for the legal process to play out.

In the meantime, she’s worried her son is missing out on lessons that would help him write independently and refine his motor skills.

“He’s not progressing,” she said. “Trying to step in and do those specialty things — my toolbox is very limited.” 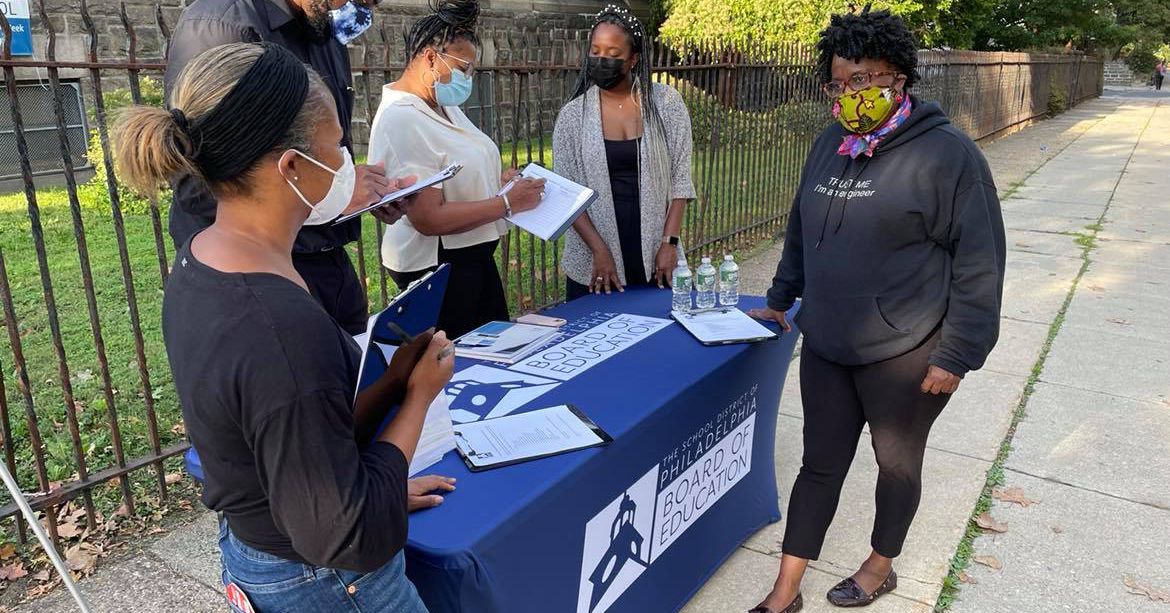 ‘Problem solver,’ ‘change agent’: Philadelphians describe what they want in next school leader 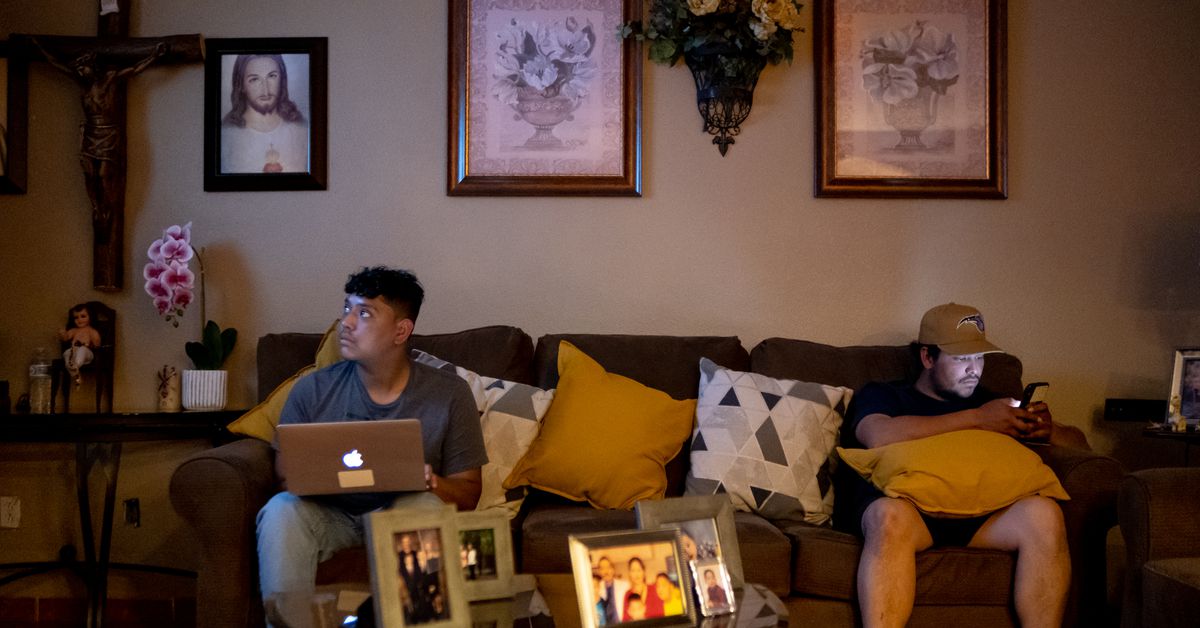 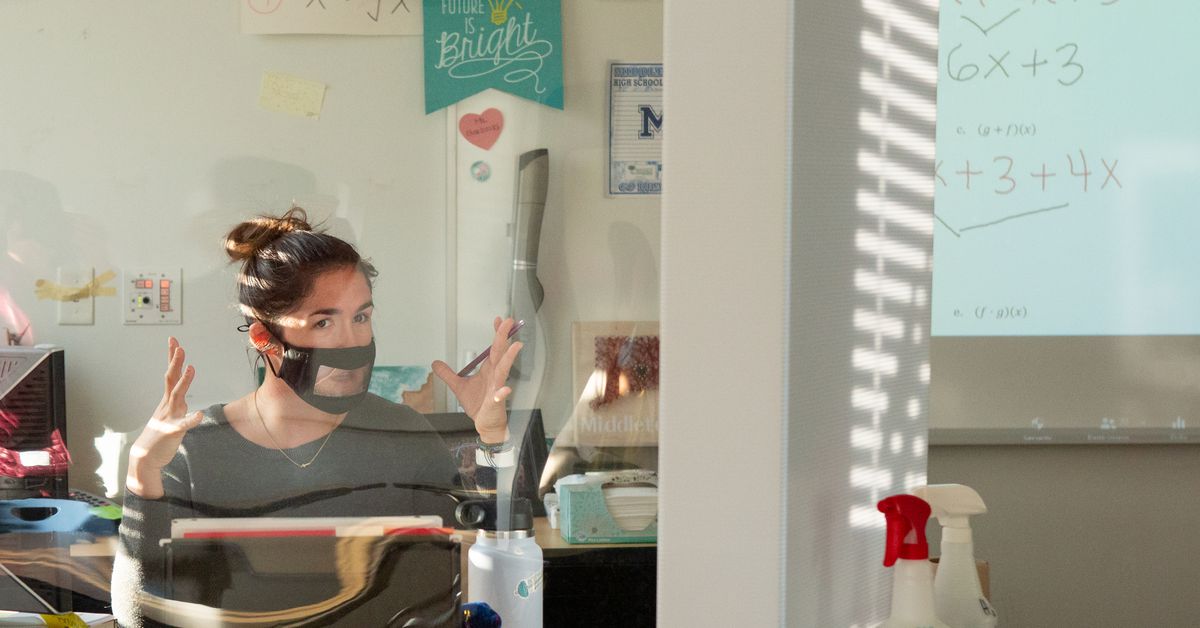 Newark teachers were already exhausted. A $1,000 grant made them angry. 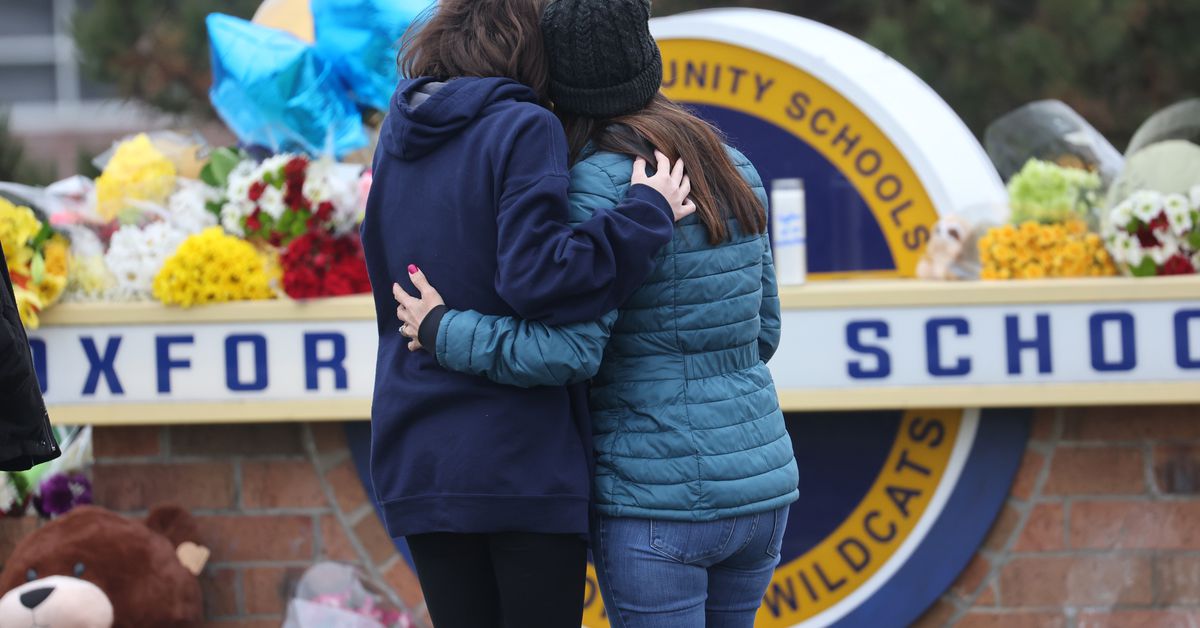