About 3,250 Chicago students returned to in-person classes in the first week of January, Chicago Public Schools said Friday — 60% of the attendance officials had expected.

Officials initially said about 1 in 3 prekindergarten and special education students were expected to return to classrooms, but the numbers released Friday put the actual figure at about 1 in 5 of eligible learners.

The data, which averaged daily attendance for the first week, showed that pre-kindergarten students made up the bulk of the total who returned to classrooms. It also revealed that 12% of students who were expected to appear at schools did not show up in remote classrooms, either, underscoring concerns about the long-term toll of the pandemic on vulnerable children with disabilities and young learners.

The numbers include a small subset of students who initially opted for remote learning but reported to campuses, and they offer a preview to what the next weeks of Chicago’s phased-in reopening could bring. About 70,000 more students in kindergarten through eighth grades are expected to return Feb. 1, though Friday’s figures suggest that actual in-person attendance figures could be lower.

Friday’s release also foreshadows what will likely be a spring in flux as the district contends with fear and uncertainty amid the ongoing pandemic, a slower-than-expected national vaccine rollout, and a confrontational teachers’ union intent on delaying its plans.

RELATED:  Chicago delays reopening, says it could start locking out teachers who won’t return to classrooms

Teachers have until this weekend to vote on a resolution that would call for about 10,000 K-8 teachers to refuse to report to school buildings Monday as the district has ordered. Chicago has not released a timeline for reopening its high schools.

Districts across the country have reported similar drops in the number of in-person students when schools reopen. In New York, education officials originally claimed that 46% of students would return to school buildings, but about 180,000 fewer — about a quarter of total enrollment — did.

Several factors likely impacted Chicago’s student attendance count being lower than anticipated. Families were given the option of signing up for in-person learning but switching back to hybrid learning at any point, but the opposite was not true, incentivizing some families to initially choose in-person learning. Reports of a contagious new COVID-19 variant appearing in Illinois coincided with the January return.

And the Chicago Teachers Union has escalated its efforts to delay a reopening until there is widespread access to a vaccine — something district officials said Friday could take months. The district announced a new vaccination distribution plan for employees, but the speed at which it can execute the plan depends on a limited supply chain.

The union has sharply criticized the district’s reopening plan and repeatedly claimed Chicago’s safety measures currently fall short. More than 70 school councils have written letters asking the district to delay reopening plans, likely influencing some families’ decisions to continue learning at home for the time being.

The district said it is releasing the attendance data now, two weeks into its reopening, because it had to give schools time to manually enter data into a new system that tracks both virtual and in-person attendance.

Jackson said the district has presided over “a successful launch” of reopening this month, leaving her more confident about the Feb. 1 return date for students in kindergarten through eighth grade.

She earlier said that though a minority of students said they will return to classrooms, that still represents a significant number — the size of “two Elgins,” as she put it, referring to Illinois’ second-largest district with around 37,000 students, which also is reopening campuses this month.

“We owe these students an option,” Jackson said.

RELATED:  ‘These buildings are not all created equal’: Philadelphia district plans to reopen 53 schools March 8

Must Be Nice: Trump Ally Matt Schlapp and His Firm Got $750k for Failing at His Job 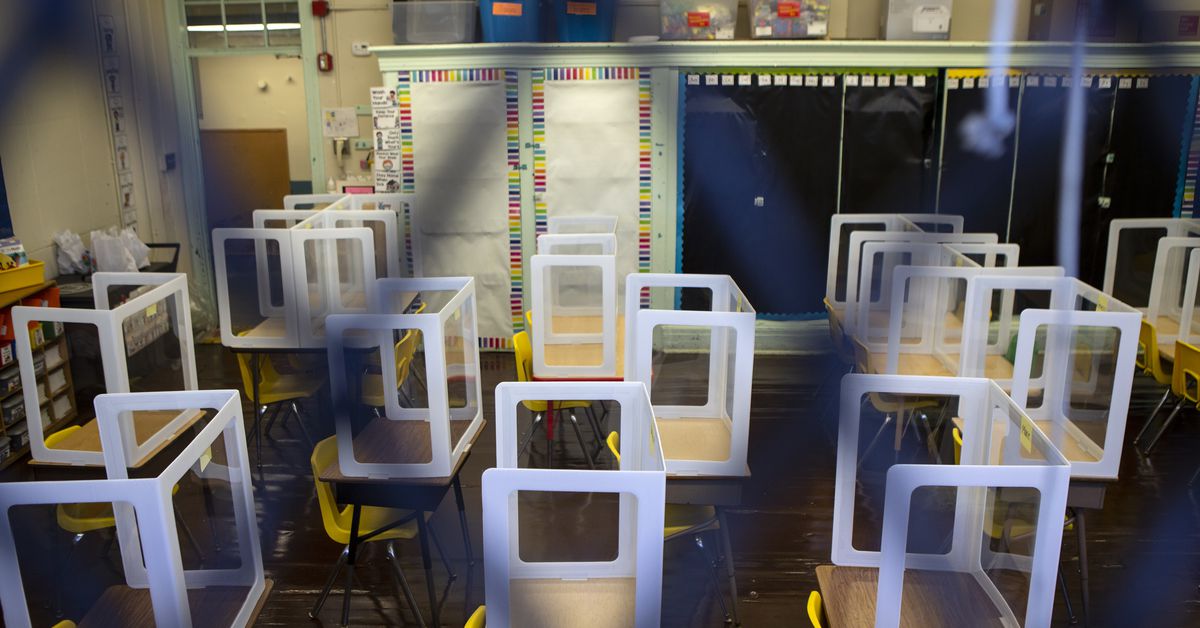 Shutdowns, testing, quarantines have become a maze for Philadelphia parents to navigate 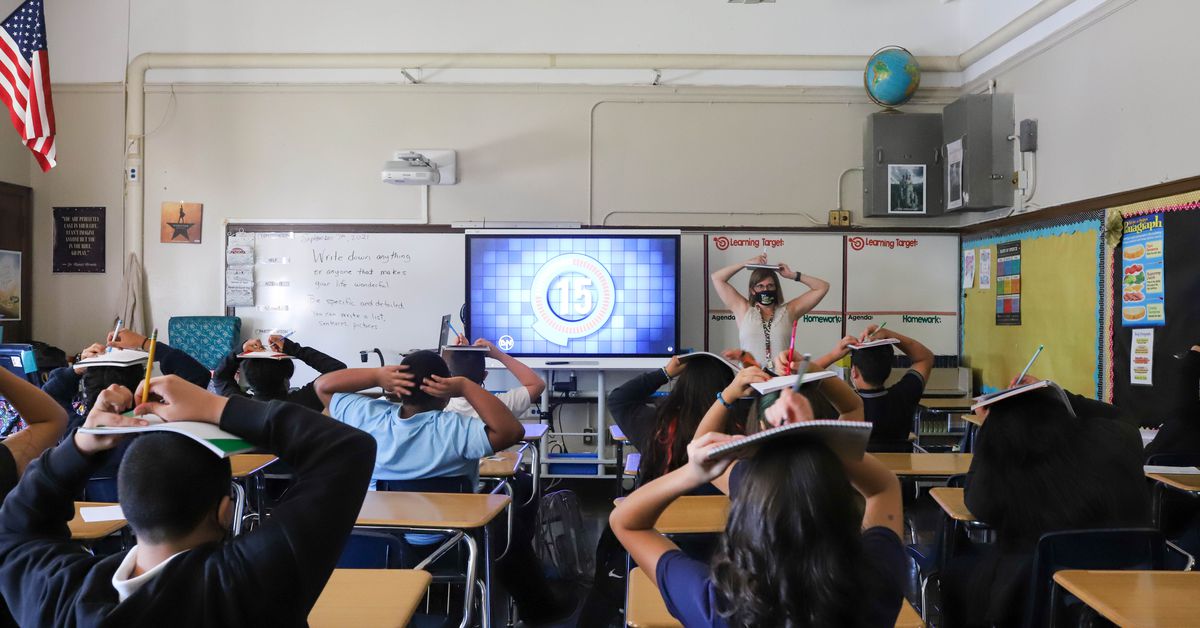 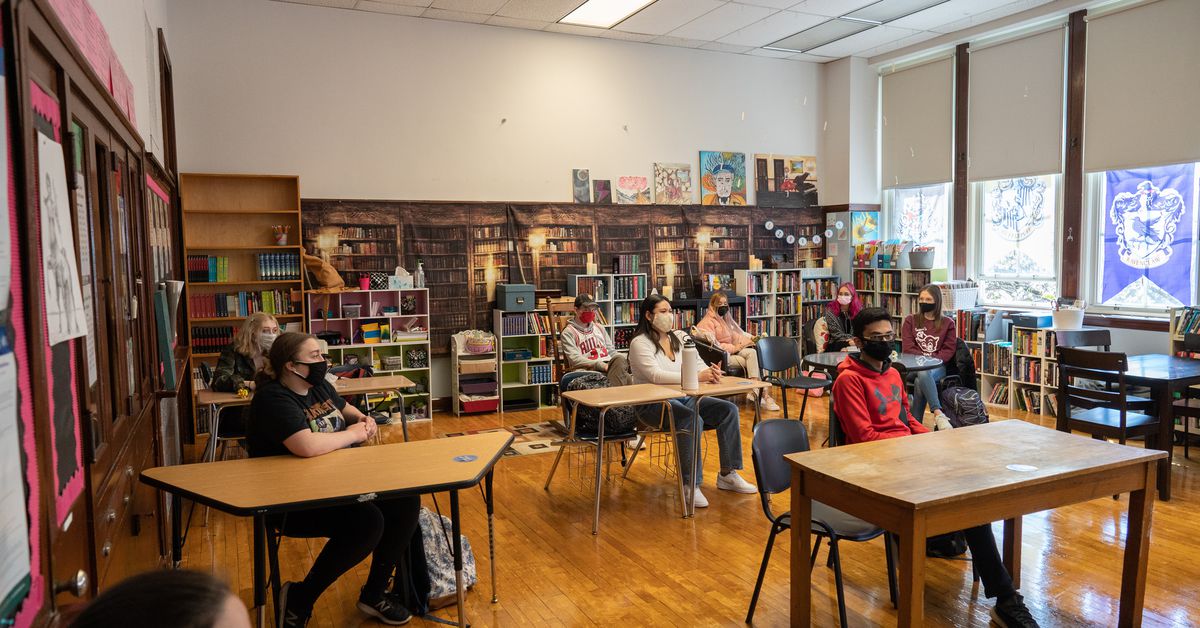 What does school quarantine in Illinois look like? Tell us your experience.