Francesca Russo hesitates to acknowledge any good news without crossing herself and knocking on wood.

When it comes to COVID, the principal at St. Pio Regional Catholic School in South Philadelphia likes to cover her bases — physical and spiritual.

“We have not had many cases,” said Russo, who was a teacher at St. Pio’s for 19 years before becoming principal two years ago. “Thank goodness. Knock on some kind of wood. We did play it scary-mary safe.”

Each room at St. Pio’s has a window cracked and a door open. There’s a system for when students can use bathrooms between regular cleanings. And each desk has a three-panel barrier that students raise whenever they need to lower their masks.

Behind the barriers sit roughly 230 students, from pre-K through eighth grade, about the same number who occupied this building last year. They’ve been learning in a decades-old Catholic school five days a week since the school year began.

So far, according to Russo, there’s been no in-school transmission.

“We love these kids,” said Russo. “We’d do anything to make sure they’re safe, protected, and happy.”

St. Pio’s is one of about 100 elementary schools in the Archdiocese of Philadelphia that has been open for full-time, face-to-face education since the school year began. Together, the schools host about 35,000 educators and children in buildings every day, according to the archdiocese. Archdiocesan high schools, meanwhile, have been open on a hybrid schedule.

While public debate swirls over whether the School District of Philadelphia should reopen school buildings on a part-time basis for about 9,000 pre-K through second grade students, another elementary system in the same region has opened its doors to nearly four times as many students. Leaders say they’ve managed to do so safely.

Schools in the Archdiocese of Philadelphia share the same geography as the city’s public schools. And perhaps more than any other school system in the region, the parochial sector shares the public schools’ legacy of contraction, tight budgets, and, in some places, aging infrastructure.

Yet, according to officials, Catholic elementary and high schools in the five-county region have recorded just one suspected instance of in-school transmission during the pandemic. Using bedrock mitigation strategies, the parochial system believes it’s kept kids safer in schools than they would’ve been in the outside world. They’re determined to keep it that way.

A roadmap for public schools?

The archdiocese’s results may provide a glimpse at what the School District of Philadelphia can expect if its buildings reopen in the near future.

About 30% of the system’s elementary schools — which span the city and suburbs — have shifted to virtual education temporarily at some point because they were in a county that recommended temporary school closures or because they registered enough individual cases to trigger automatic, temporary closure under state guidelines.

Parochial school officials claim contact tracing showed that those cases were brought in from the broader community — not spread within schools.

There are no reports of student or staff deaths since school buildings reopened, officials say.

The archdiocese’s safety plan for elementary schools is broadly similar to the district’s.

It emphasizes student cohorting so that children stay in the same group all day, which limits the chances of unchecked transmission throughout a building. It focuses on physical distancing in classrooms, mandatory mask-wearing, regular cleaning of surfaces, and at-home health screening by families.

There are protocols laid out for bathroom use, hallway navigation, recess rotations, and meals.

For ventilation, the archdiocese’s plan encourages schools to open windows, but says nothing further. When asked about ventilation, officials said they also recommend schools use fans to draw in fresh air.

The exact ventilation approach varies by school, however. At St. Pio’s, Russo decided to keep at least one window open in each room, put an air purifier in each class, and keep doors open whenever possible.

On average, the archdiocese says, schools have spent between $15,000 and $20,000 each on safety upgrades. The central office spent another $400,000 to purchase safety shields for each classroom so that teachers have a clear barrier between themselves and students.

“We wear the mask all the time. We keep them six feet apart. We have good ventilation. We clean all the time,” said McLaughlin.

There are some areas where the school district plan differs.

For instance, the district did air-exchange tests in each classroom in an attempt to determine where increased ventilation was necessary. It also plans to offer weekly rapid testing for staff members. Neither are strategies pursued by the archdiocese.

Only a handful of the school’s 244 students decided to choose the all-virtual option offered by every regional parochial school. The overwhelming majority are in-person five days a week.

That’s about average. System-wide, according to McLaughlin, 95% of elementary students have chosen the face-to-face option.

A matter of trust

The opt-in rate among parochial school families is roughly triple the rate for school district families, and it highlights an area where the two systems seem to diverge: trust.

Although the archdiocese has system-wide guidelines, each parochial school has leeway within it. Parents and staff at St. Pio said that their faith in school administrators, like Principal Russo, gave them the confidence to return.

Parent Joanna Fucci said she and her husband have been “super careful” during the COVID pandemic and were initially unsure about sending their children. Constant communication with Russo and other parents convinced her to give it a go.

“We’re a small-knit school,” said Fucci, who has two children at St. Pio’s. “You know all the other families in your class. You know what the school is doing, so you have that comfort level.”

That same community bond helped win over Theresa Polizzi, who has been teaching in parochial schools for 42 years.

“I’m not gonna tell you I wasn’t a little apprehensive and nervous,” said Polizzi, who taught Russo as a student. “[But] I knew [Principal Russo] was doing the right thing. And I knew she would never put any of us in a position where she would feel we were unsafe.”

All 24 of the full-time staff at St. Pio’s returned this school year, according to Russo.

The facility has two wings — one built in 1929 and the other in 1966. Occasional water stains mark the ceiling tile, and the door to the computer lab has a chipped sign identifying it as the “audio visual” room. The school has a roof exhaust fan, but not a modern HVAC system.

Visually, St. Pio’s looks similar to many of the old buildings found throughout the School District of Philadelphia.

By its own admission, the school district has billions of dollars in deferred maintenance. It has garnered considerable notoriety for shortcomings in addressing many asbestos and lead hazards in its schools.

When questioning the reopening guidance of the Centers for Disease Control and the Children’s Hospital of Philadelphia, many public school staff in Philadelphia point to this subtext of neglect. Although asbestos and lead may not be directly linked to COVID risk, they question the school district’s ability to execute a proper safety plan. Recently, the district ordered safety tape that may have contained lead — a mistake the district blamed on misinformation from an outside supplier.

“I find it so upsetting that, once again, the district has chalked up a really serious error to something done in good faith,” said Philadelphia Federation of Teachers President Jerry Jordan at a city council hearing last week. “I use this concern because it’s emblematic of so many of the concerns we have regarding the reopening of school buildings.”

The Catholic system does not have a spotless facilities record. In 2005, federal regulators did knock the Archdiocese for failures around asbestos safety. But that seemingly has not resulted in root-and-branch skepticism of parochial school leadership.

The union representing teachers in Catholic high schools said via email that its members are “satisfied” with the safety precautions in place.

“It has been the teachers’ willingness to embark on this hybrid education adventure that has made this school year so successful in the Archdiocesan high schools,” said union leader Irene Tori.

There are key distinctions to note here.

Even before the pandemic, Catholic schools across the nation faced fiscal headwinds. Two high schools in the archdiocese are slated to close at the end of the school year.

COVID only added to the financial pressure for many private and parochial schools. If families want in-person learning and don’t receive it, they can take their tuition dollars elsewhere. Public school budgets aren’t as susceptible to short-term enrollment shocks — another factor that could explain the difference between public and parochial staff reactions.

Also key to note: Private schools aren’t generally subject to the same level of scrutiny and disclosure as public schools.

That was true before COVID and remains so.

The archdiocese could not provide an exact number of COVID cases logged among its staff and students since school reopened. The Philadelphia Department of Public Health said it did not keep that number, either. Nor could the department verify any claims around in-school transmission.

In essence, the archdiocese’s claims around in-school transmission are bound by word — not any sort of formal reporting system.

If their claims are accurate, though, it’s potentially an important example.

Leaders in the School District of Philadelphia have certainly taken note.

“My question — and it should be everybody’s question — is: If it’s safe for those children to come back to school, why isn’t it safe for our children?” said Superintendent William Hite. “That needs to be the question we continue to ask.”

Dr. Susan Coffin, an infectious disease specialist from the Children’s Hospital of Philadelphia who has been a vocal proponent of the district’s reopening plan, said the similarities between the public and parochial systems are “marked.”

“There’s been a lot of success in conducting in-person education with sometimes near-full classes while adhering to good prevention practices,” said Coffin of the parochial schools. “I think that’s a local lesson that we could look at and learn from.”

The PFT — which has sparred publicly with district administrators over ventilation standards and demanded teachers receive vaccinations before reentering schools — said it did not know enough about the archdiocese’s approach or infrastructure to comment specifically for this story. The union’s dispute with the district has been awaiting judgment from a city-appointed mediator for more than two weeks. Due to the delay, the district postponed its in-person start date from Feb. 22 to March 1.

No two systems are exactly alike. And any example of success — or perceived success — comes with caveats.

From a community transmission standpoint, the comparisons between Philadelphia public and parochial schools may be most apt — though many crucial differences remain.

Chief among them are the financials.

Earlier this school year, Catholic high school teachers nearly went on strike over proposed language that would have allowed mid-year staff layoffs — another reminder of the system’s shaky budgetary outlook. The threat of more school closures hangs over parents, staff, and administrators in the parochial system in a more immediate way, providing motivation to find common ground.

St. Pio’s itself is the result of two schools that merged in 2012.

Principal Francesca Russo was a teacher during that merger. She has deep empathy for the teachers in her buildings — many of whom were her peers for decades. Russo says she prays for them daily as she tries to keep her school community safe.

“It’s not easy by any means,” she said. “You really have to give your all.”

Vitamin B12 deficiency: Facial pain or jaundice are two signs found on the face

Neil Lennon to leave Celtic after board hold crisis talks 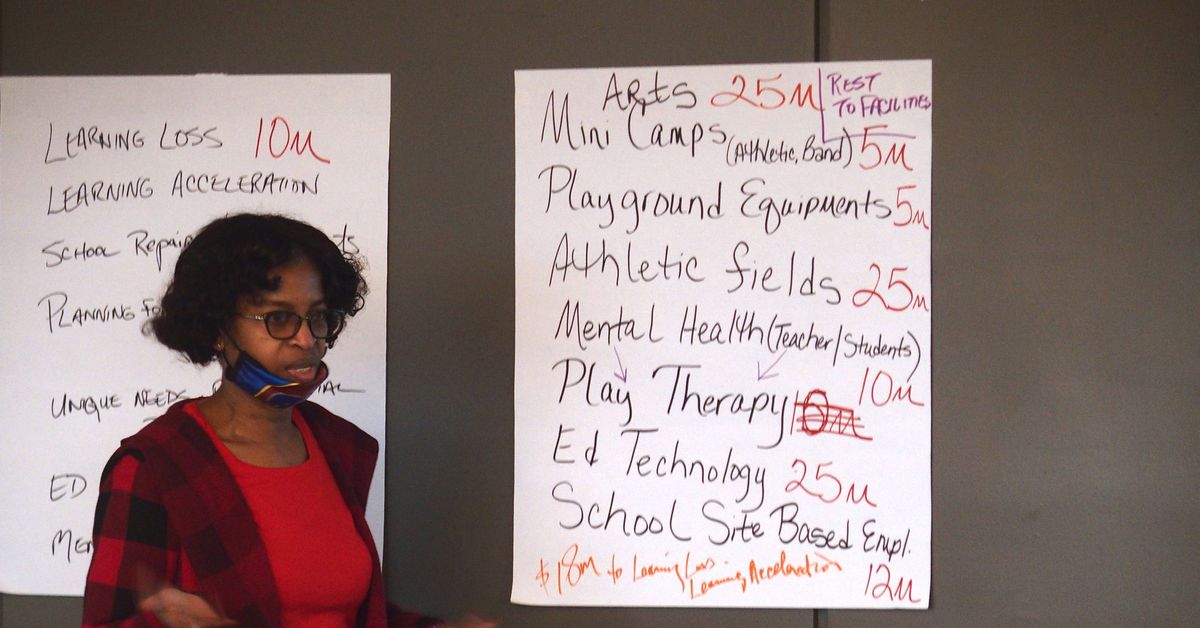 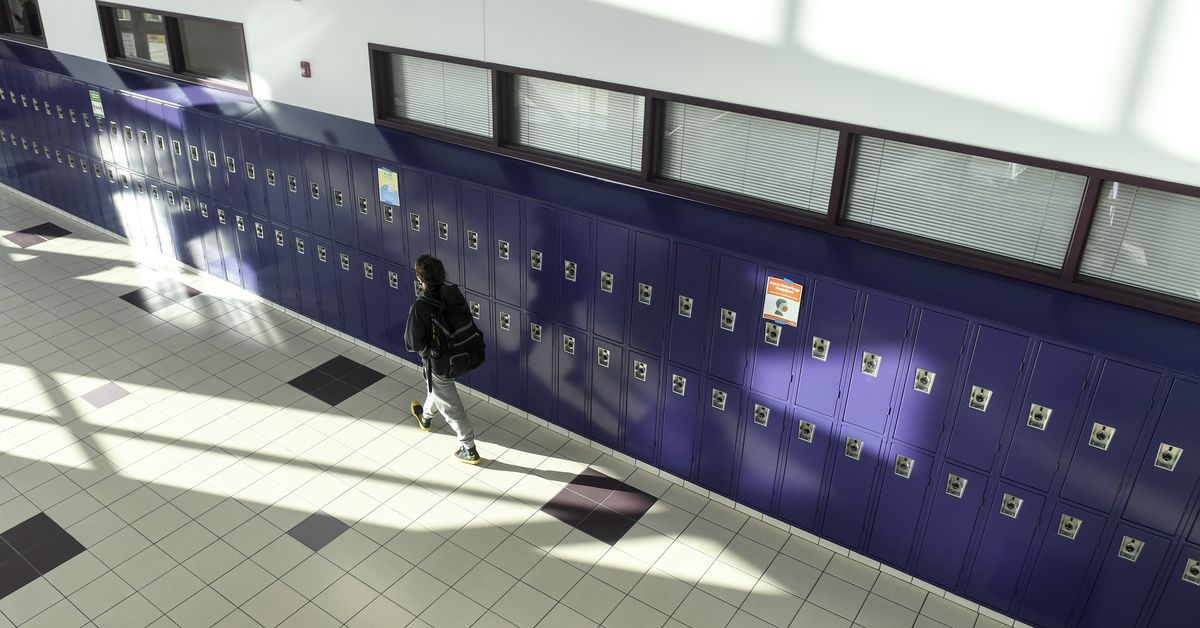