“I was feenin’ to go back,” the 15-year-old said, referring to how much he craved being back inside a school.

Standing outside the building 10 minutes before his 9 a.m. school start, however, he had to wait a little longer. Yandeo arrived without a mask, so school staff had him wait outside as someone fetched one for him.

Thursday marked a significant milestone: the first time that all 1,600 district schools opened their doors to students since March, when the coronavirus brought routines to a screeching halt. The nation’s eyes are on New York City, as the largest system opens with a hybrid schedule, having students report to buildings one to three days a week, while many other big districts stay closed. Families have also chosen to remain fully remote — with 48% of the city’s roughly 1 million students opting to remain out of buildings so far.

The remote numbers are higher for high school students, with roughly 60% learning remotely full-time, according to data from the teachers union. At Yandeo’s school, Media Arts, which enrolls 574 students, more than half planned to learn exclusively from home, according to city data.

RELATED:  Education has a role to play in highlighting facts of climate change

Mayor Bill de Blasio has staked his legacy on reopening New York City’s schools, plodding through a confusing and chaotic summer of planning, culminating in two last-minute delays and a vote of no confidence from the union representing principals. De Blasio’s efforts have also been marred by fierce pushback from the city teachers union, which forged a staffing agreement with the city that has compounded the need for teachers. Schools still need “a couple of thousand” more teachers, especially in high schools, said Michael Mulgrew, president of the teachers union.

The staffing shortage is a result of having three groups of students schools need to educate on a given day: those hybrid learning in person, hybrid students on their remote days, and fully remote students. On top of balancing the needs of these groups, many families and educators remain worried that buildings could close down again. The mayor said the city would shutter buildings if the coronavirus positivity rate surged about 3% over a 7-day rolling average. The 7-day rolling average was 1.52% as of Thursday, de Blasio said, up from 1.46% the day before.

Individual schools could also be shut down for two weeks, for instance, if two individuals in the building, who have had no close contact (defined as at least 10 minutes within 6 feet of each other) test positive.

RELATED:  U of Cincinnati to Remove Marge Schott’s Name From Baseball Stadium

The city recorded its first such shutdown of a school at the John F. Kennedy, Jr. main campus in Queens, which is part of the city’s District 75, serving students with the most complex disabilities. That school, which reopened to students last week, began a two-week closure on Thursday. About 260 students who had been attending classes in-person, will now shift to remote-only learning, along with 88 staffers who work at the school.

“Two or more” members of the school community tested positive for COVID-19, according to a note on the school’s website. Following the city’s complex protocols for handling positive cases in schools, JFK Jr. was initially shuttered for 24 hours so contact tracers could conduct an investigation into who had come in close contact with the infected people. No common links were found between those who tested positive, triggering the closure, de Blasio told reporters on Thursday.

The mayor stressed that the number of cases in schools has been “fairly low” and that officials are monitoring data constantly to stay ahead of any possible outbreaks. So far, 160 people had tested positive of the nearly 512,000 students, teachers, and staff who were expected to report to buildings, according to data compiled by the state. Random testing of students and staff is set to begin next week at schools.

Schools Chancellor Richard Carranza said schools were “buzzing” again, but more than two weeks into reopening, the education department has not released any attendance data for students whether in-person or online.

While several educators said that fewer than expected students showed up this week, the mayor said he was “not worried” about attendance, claiming that collecting and releasing the data this year is more complicated because it requires tallying who is learning from home and who is on campus.

“Parents will watch for the coming days and weeks and then make more decisions, and then I think you will see attendance keep growing as people see consistent success with the schools,” de Blasio said.

Safety concerns prompted some students in Manhattan to rally Thursday against reopenings. Student organizers, NYC Student Strike Action Coalition, want the city to call off in-person learning until each city neighborhood has a positivity rate below 3%, according to their list of demands. They want in-person learning reserved for students with the highest needs, such as those with disabilities, and for the city to ensure every child has a device for remote learning.

When Manhattan’s New Design High School sent a reminder email Wednesday night to the 84 students expected in the building on Thursday, a handful replied to say they planned to opt out of in-person learning. Less than half showed up on Thursday, said New Design’s Melissa Dorcemus, who is teaching 10th grade biodesign remotely.

New Design, like many other high schools across the city, solved their staffing problem by having all their students learn online, even those who show up to the building, as teachers instruct students learning from their homes or from classrooms. One 10th grader decided in the middle of the school day that he no longer wanted to be in the building and was released early after the school called one of his parents, she said. She’s unsure why, but wondered if a rash of technical problems with school-based laptops in the morning was a factor.

In contrast, one of Dorcemus’ more vocal students excitedly told her he was in the building and offered to show her his classroom of five or six others — all while donning a mask.

“I just think it’s not for everybody, and people respond very differently,” Dorcemus said about returning to school.

Students at Stuyvesant High School, which enrolls more than 3,300 students, will also learn online even when they’re inside of the building.

Meril Mousoom, a 16-year-old senior at Stuyvesant who participated in the student rally, preferred to learn from home but chose the blended option so she could receive a MetroCard, which allows students three swipes a day to get to and from school and related activities. She wants to use the MetroCard to travel to multiple paid internships that she hopes will allow her to save up for college.

As of Thursday, she did not know which day she was supposed to report to the building. At Stuyvesant — considered one of the city’s most prestigious and selective high schools — the school website showed a schedule through Oct. 2 that did not include Meril’s cohort. She’s also still waiting on getting a device for school, which she requested in August.

“It’s very stressful,” Meril said. “It’s more like you have to figure it out yourself rather than them giving you the information.”

Stuyvesant’s principal did not respond to a request for comment.

Students at other schools may have been confused over their schedules as well.

Naun Umanzor, a special education teacher, expected nine students in his first period history class at William Cullen Bryant High School in Queens. No one showed up. Students are typically late for first period, he said, but he expected at least one face. He planned to reach out to some to find out what happened, wondering if any of them were confused by the hybrid schedule.

More students showed up for the rest of his four periods, and while it may have felt awkward for some of them initially, he said, eventually they seemed more comfortable.

“They kept their masks on,” Umanzor said. “The kids seemed engaged, and they really, I think, missed being in a classroom.”

Outside of Brooklyn Community Media Arts, entry points were set up for freshman and seniors, and separately, for sophomores and juniors. One student sheepishly apologized to a social worker for not returning her calls over the summer. Staff could be heard saying, “Wear your face mask, please,” as students entered a room near the entrance to get their temperatures checked before heading farther into the building.

Andre Williams, a senior who had arrived 20 minutes before school was set to start, wasn’t nervous, but he was curious about what school would be like with masks and social distancing.

He chose to return because he did not want to be in his house anymore, and remote learning was “boring,” he said.

“I just want to have a normal school year,” Williams said.

Latin America's Me Too movement takes aim at abuse of power, machista culture 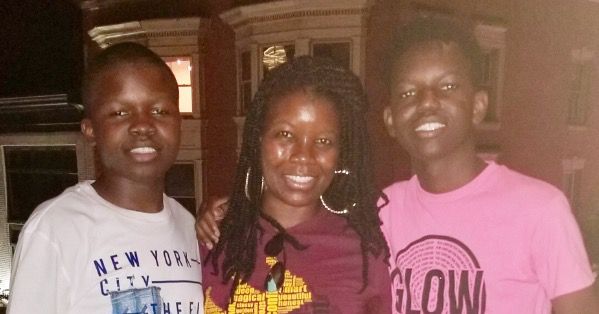 Flexibility will be a key focus for Erasmus future, say EAIE speakers

PISA 2018 Volume 6: ‘Are Students Ready to Thrive in an Interconnected World?’