Gov. Jared Polis should either change the state’s quarantine guidelines to give school districts more flexibility — or explain to parents that districts are following public health guidance when they move to remote learning, the state’s superintendents wrote in a letter.

As dozens of districts have switched to remote learning in recent weeks, superintendents around the state feel squeezed between angry parents who want their children back in school and state rules that require them to send entire classrooms into quarantine when a student or teacher tests positive.

Along with rising cases and a substitute shortage, those quarantine rules are a major driver of school closure decisions, they say.

“If you want schools to open as we do, then districts need increased flexibility in the rules for managing classroom cohorts, especially at the elementary level where transmission is the lowest,” they wrote. “We need to reevaluate the quarantine requirements in the state guidance to ensure we have enough adults available to run our schools.”

And if rising case rates and a looming public health crisis mean the state can’t grant flexibility, the governor needs to acknowledge that community spread has become “just too much” for schools to stay open in much of the state, they wrote.

RELATED:  Detroit’s religious, school, and union leaders say it’s time to get back to in-person learning

The letter, sent Thursday by the Colorado Association of School Executives, responds to comments Polis made earlier in the week urging schools to either remain open or re-open, especially for elementary school students.

“We feel that based on the data,” Polis said, “for many families and for many kids, that is the safest place they can be with the safety parameters that we have at school.”

Colorado, like many states, is seeing a massive increase in coronavirus cases that is threatening to overwhelm its hospitals. Most of the state’s counties met previous criteria for stay-at-home orders based on case counts, but Polis instead changed guidelines to allow most businesses to remain open with limitations under what had been the most restrictive level. Twenty counties are moving to this new version of Level Red from Friday to Sunday.

Meanwhile, a new Level Purple now represents the highest level of restrictions that would only go into effect if hospitals were overflowing.

The change came as at least 20 of the 30 largest districts in the state had already announced moves to remote learning either this week or starting after Thanksgiving. The Colorado Department of Education estimates that just 44% of Colorado elementary students have access to full-time in-person learning and 22% of secondary students.

RELATED:  Nurturing the Next Generation of Historically Black College and University Leaders

District leaders said that high rates of coronavirus in the community have meant more students and staff testing positive, which in turn requires more quarantines. Even before districts announced moves to remote learning, entire buildings had to be closed due to staff shortages.

The number of school outbreaks — two or more cases among a group of students and staff who interact during the school day, a situation that raises concerns about the possibility of transmission — doubled in the last week to 189.

As parents reacted with anger and frustration at the school closures, many superintendents felt as if the governor’s push to keep buildings open shifted the blame to district officials and school boards.

“The governor’s Level Red is a set-up,” said Cherry Creek Superintendent Scott Siegfried in an interview. “If he won’t change the quarantine guidelines, it’s a set-up.”

Siegfried said in the days leading up to the switch to remote learning, he was operating school buildings without many critical staff. There is a huge shortage of substitute teachers, as many are retired educators who are at higher risk of serious illness from COVID. On the last day of in-person learning, his staff had to do contact tracing and send quarantine notices in response to 47 new COVID cases.

“In order to have schools open, we need the rhetoric and rules to match,” the superintendents wrote. “We need new flexibility in the rules, or we need the public to hear from you that if a school is remote, it is because that is what the restrictions call for.”

At Tuesday’s press conference, Polis declined to answer a direct question about whether the state would change the quarantine guidelines. Polis has previously praised the state guidelines for creating a safe environment and limiting school outbreaks. A spokesperson for the state public health department said officials are not currently considering any changes.

Colorado already made a significant change to the rules in early October to allow schools in areas with moderate rates of transmission to quarantine only close contacts of people who had tested positive, rather than entire classrooms and cohorts. Superintendents praised that change and said it made the quarantine rules much more manageable.

But as cases rose and counties shifted to new levels of restrictions a few weeks ago, many school districts lost the ability to target small groups. Instead, they had to quarantine entire classrooms again.

“Because of this process, we are seeing that our school districts are not able to hold in-person learning,” Jeffco Director of Health Services Julie Wilken told her school board last week, adding that she hopes the state is reconsidering. “The state is understanding that because of these metrics, our kids are not in school. They don’t want our kids not in school.”

But in an emailed statement, a spokesperson for Jeffco Public Health said doing targeted quarantines when community spread is so high is not appropriate and would leave schools vulnerable to transmission.

District leaders don’t all agree on quarantine rules. Siegfried said he believes schools can operate safely at higher case rates than previously understood. At the same time, he believes the current rate of community transmission is too high for schools to be open. He made the call to move to remote learning even before his county shifted to the higher restrictions that required more extensive quarantines.

The Greeley-Evans district had already closed a third of its schools and was monitoring 3,000 people in quarantine when it made the decision to switch to remote learning. Weld County also was still under the more lenient rules at the time. Spokeswoman Theresa Myers said the decision was driven largely by the sheer number of cases, not the quarantine rules.

David Rubin, a professor of pediatrics and director of PolicyLab at the Children’s Hospital of Philadelphia, said school quarantine practices around the country range from full two-week quarantines to telling people who have been exposed to wear a mask and monitor for symptoms while continuing to go to school.

There may be room for a more relaxed approach when community spread is low or moderate, and public health officials can do thorough contact tracing, he said. That’s not the case in Colorado right now.

“This is a moving target,” Rubin said. “We haven’t tested these outer limits of procedures.”

The superintendents have asked Polis and public health leaders to meet with them as soon as possible to discuss modifications. If the state won’t change its rules, they said, the governor needs to change his message.

“School leaders across the state need the voice of the highest office in our state to support public schools by publicly stating if schools are virtual, it is because the community spread is just too much and/or CDPHE guidelines require us to be closed,” they wrote. 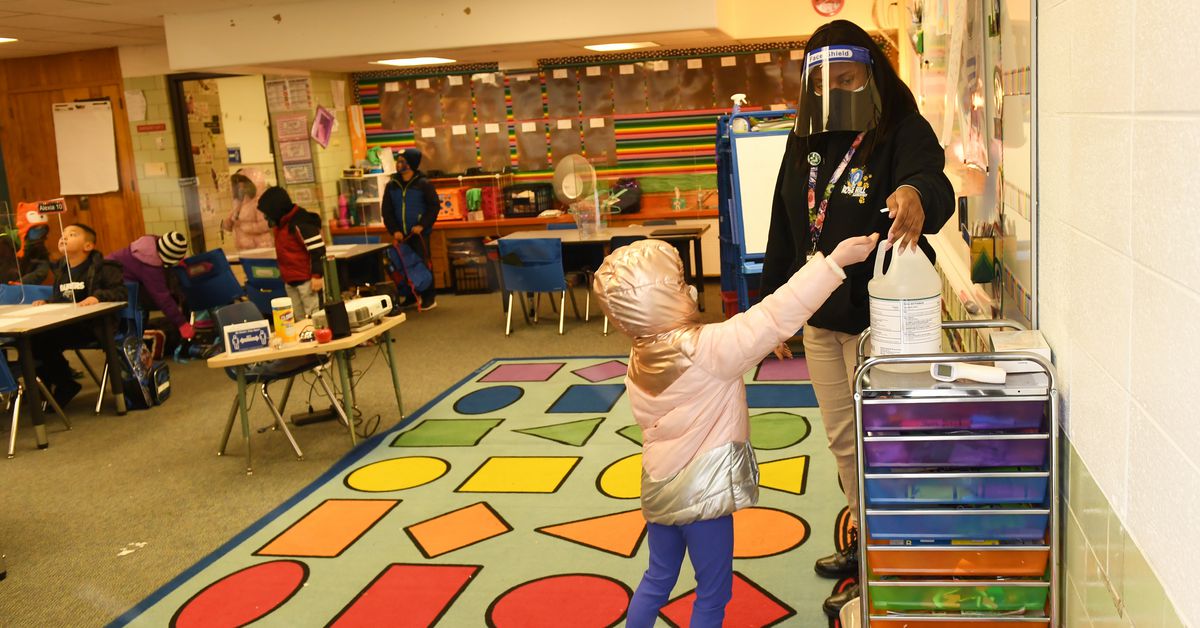 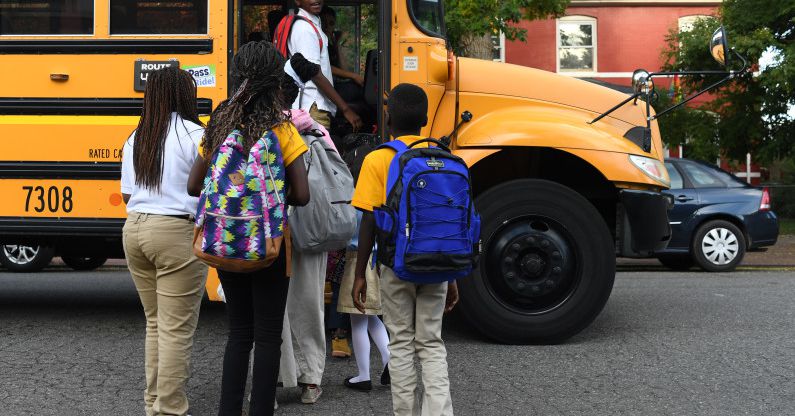 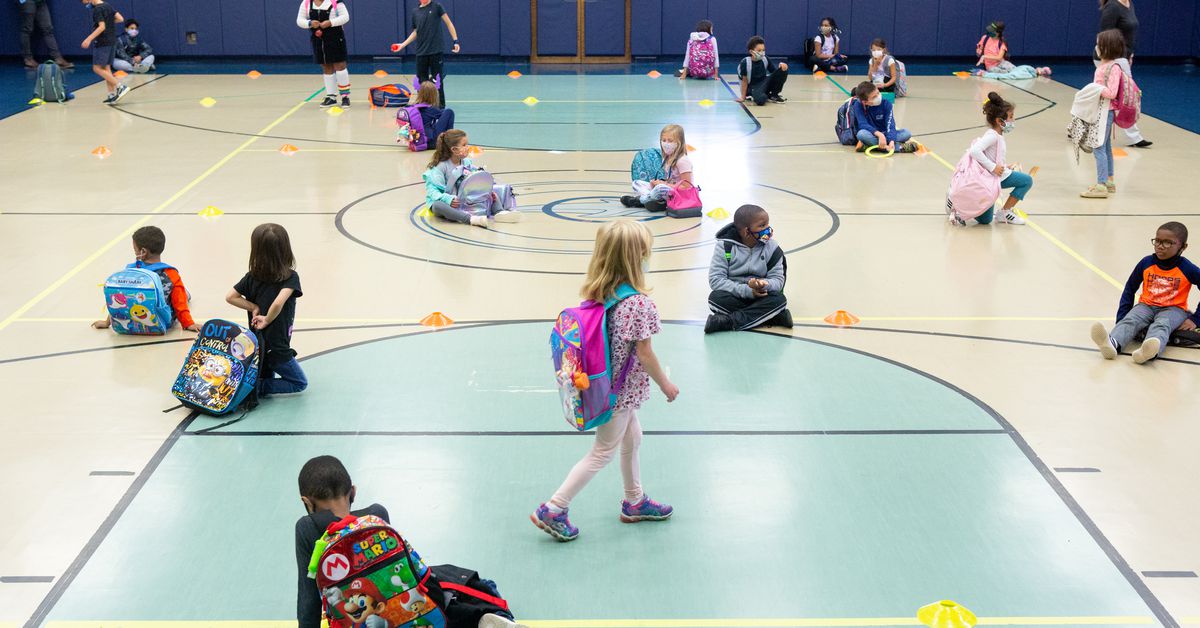