“You’ll learn more in the woods, from trees and rocks, then any other place.” GKids has unveiled an official trailer for a must-have Blu-ray box set arriving December – Cartoon Saloon’s Irish Folklore Trilogy. The limited-edition Irish Folklore Trilogy set features the exclusive Blu-ray presentation of the spellbinding Wolfwalkers, as well as animatics + bonus features for the films never released before in North America. Director Tomm Moore has crafted three of the finest animated films ever made: The Secret of the Kells, Song of the Sea, and Wolfwalkers. This deluxe set is presented in beautiful, environmentally friendly packaging that reflects each film’s loving depiction of the natural world, and the art includes an original illustration by Cartoon Saloon. Also included is an illuminating 2,000 word essay by film critic Andy Crump about the lauded animation studio Cartoon Saloon, the origins and creation of these incredible films, and their role in the world of animation and the world at large. I adore each of these features and I am so glad they’re finally available together like this!! If you haven’t seen them yet, all three are must see works of art. 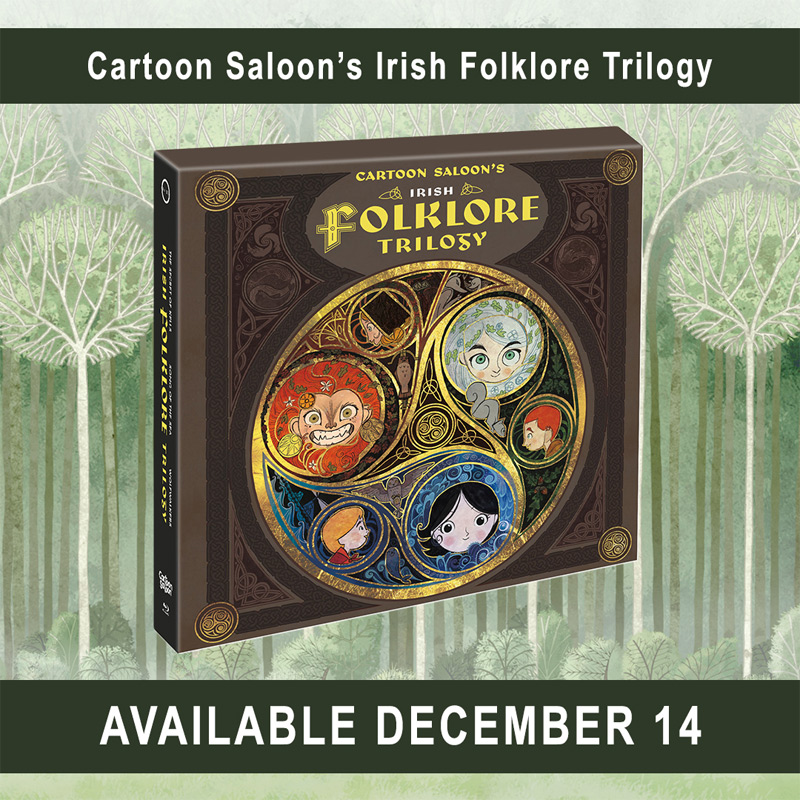 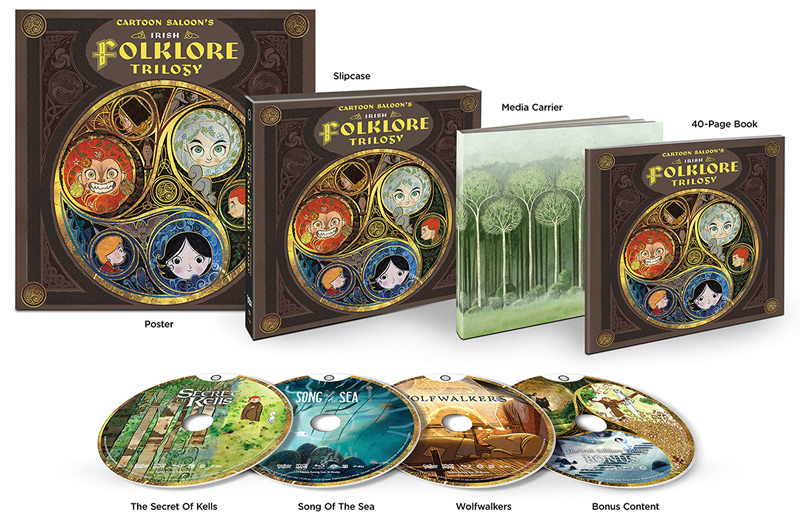 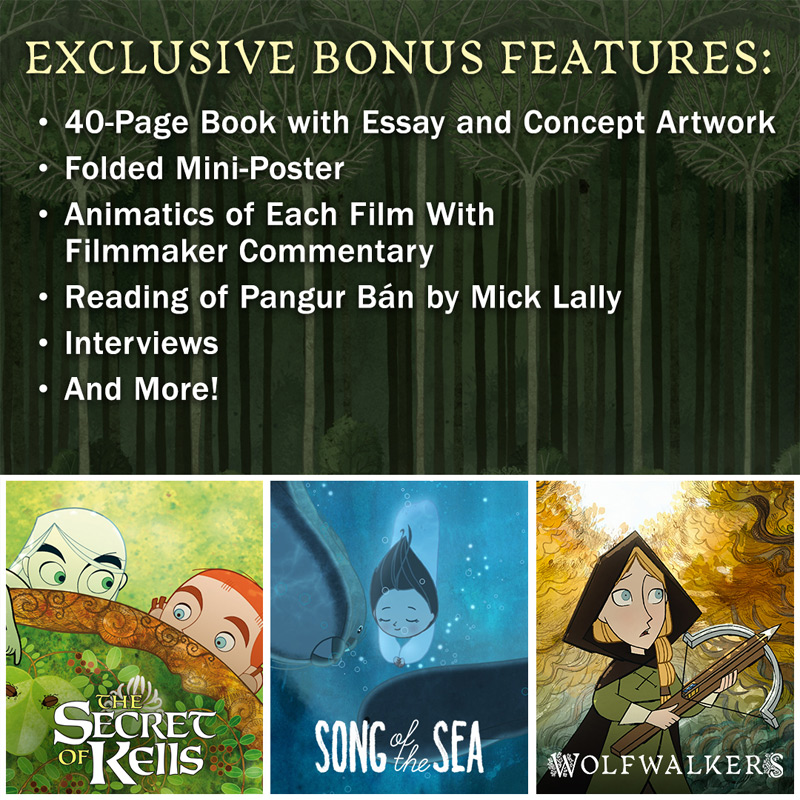 Magic, fantasy and Celtic mythology come to life in Cartoon Saloon’s celebrated Irish Folklore Trilogy, featuring three Academy Award-nominated modern animated classics. The studio’s first film, The Secret of Kells, is a beautifully rendered tale of a master illuminator and his young apprentice, followed by the breathtakingly gorgeous Song of the Sea, the adventure of a mythical seal-child and her brother on a quest to save the spirit world, and their latest triumph Wolfwalkers follows a young huntress and her friendship with a free-spirited wolf-girl. The Secret of Kells is directed by Tomm Moore, co-directed Nora Twomey; it first premiered in 2009 at the Gérardmer & Berlin Film Festivals. Song of the Sea is directed by Tomm Moore; first first premiered in 2014 at the Toronto Film Festival. Wolfwalkers is directed by Tomm Moore, co-directed by Ross Stewart (art director on The Secret of Kells, concept artist on Song of the Sea); it first premiered in 2020 at the Toronto & London Film Festivals. GKids will release the Irish Folklore Trilogy on Blu-ray starting December 14th, 2021 later this year. For more info and to pre-order, visit GKids.com.

Sorting the NFL Week 4 Pile: Apologizing to Cowboys, Cardinals and Packers for doubting them