With Dev Patel as the titular hero (Iannucci has insisted he could never imagine anyone else in the part), David Copperfield presents the classic British story with a multi-ethnic cast, a wide range of fantastical flourishes, and a general sense, as Iannucci puts it, that any audience member could step up on to the screen and find themselves at home in the story. On this week’s Little Gold Men podcast, Katey Rich talks to Iannucci about how he and co-writer Simon Blackwell worked up the courage to rewrite Dickens, why a movie as uplifting as this one has resonated during lockdown, and how both he and Dev Patel found a sense of British belonging by reimagining a classic.

Listen to the episode above, which also includes Joanna Robinson and Anthony Breznican discussing their recent report on skirmishes within the Star Wars fan community, and why The Mandalorian star Gina Carano became so controversial for many. They also recommend the movies and shows to catch up with over a long Thanksgiving weekend, including the new holiday rom-com Happiest Season, the underseen family drama Avalon, the filmed version of the Broadway show What the Constitution Means to Me, and the new HBO Max thriller series The Flight Attendant.

Find a partial transcript of the Iannucci interview below, and subscribe to Little Gold Men on Apple Podcasts or anywhere else you prefer to listen.

I saw this film at the Toronto Film Festival last year, which now feels like many years ago. It was so lovely and sort of just exactly the right tone I wanted then, and then watching it again now, it felt the same way, but different because things have changed so much since then. It’s a long road between premiering a movie at a film festival, and then over a year later, talking about it. Have you noticed a change in how people have responded to it as the world has kind of spun off its axis since then?

Oh, absolutely. I mean, fortunately, it’s the sort of film that people have been enjoying when they’re been lockdown. It’s the sort of, because it celebrates community and friendship, and it’s funny, and actually, it’s for all ages, so families can watch it and so on. I’ve been getting a lot of feedback from people who’ve found it kind of something that just takes them, for two hours, away from what’s happening now and into something a little bit kind of more uplifting. I wanted to make something that actually was positive and optimistic, and had hope at the end of it.

You had said that it was when you were making Death of Stalin that you thought that this would be the next project you were doing. Obviously that movie, the movie is very funny but very dark. Does that affect your mood when you’re making a film like that?

I mean, Death of Stalin, it was a comedy, even though it was a comedy involving horrific things. It affected me when we were doing the research I suppose, going over to Moscow and reading around the subject  I mean, the cast in the Death of Stalin were a great bunch of people. Michael Palin, and all these people. It was actually an enjoyable film to make, and I’m glad I made it and I’m glad we were able to do something that showed you what happens when democracy is nonexistent, and when a tyrant is in charge and everyone wants to just not be the one to disagree with him in case something bad happens. Which, one still sees to this day.

Can’t imagine what that’s relevant to now. When you’re wrapping up Death of Stalin, I think you said that you wanted, you asked everyone who worked on the movie, “Hey, come back and work with me.” Is that … Is that impulse when you finish a play or a project, where we want to just keep everybody together and hang out again, is that what that was?

Death of Stalin was the first time I’d done a historical, period piece, and so I was learning for the first time the whole business of historical accuracy. It wasn’t just, we were trying to recreate another country. We were trying to recreate 1950s Moscow, in London, and I wanted to try and get it as authentic as possible. That means you’re working with costume and make-up and art department, and DOPs, and so on, who have a specialist skill. I learned a lot making that film, and it was, when I’d made it, I thought … I’d always in the back of my mind been thinking of David Copperfield, and it was when I made Death of Stalin I thought, “We’ve got the people here, we’ve got the team,” so literally it was the last day of the shoot. I went around all the heads of department and said, “David Copperfield next? You want to join?” We got the same team, and including the composer, Chris Willis. He did a fantastic score on this and on David Copperfield.

Is that what led to the visual inventiveness of David Copperfield? You’ve got the challenge of the period dress, and the hair and everything, but also just, there’s so much that you’re doing in telling the story.

Yes. Well, it’s also to do with the inventiveness of Dickens. If you read the book, it’s, so many adaptations are hung up on recounting the plot. In fact, the plot is just there to hang all these amazing characters, these wonderful ideas, for his inventive language and imagery and so on. I just felt inspired by that, and I thought, “Let’s capture that spirit.” He’s a storyteller, and it’s a book about storytelling. It’s about someone growing up, not knowing where they fit in, and whether people take him seriously or not, and then realizing what he is is a writer. If he actually just writes, he sort of becomes himself, so it’s all about storytelling. I thought, “Let’s take that as an explicit theme and an explicit visual in the film. Let’s … ” What you’re watching is a troupe of performers coming on and telling their story.

You’re using so many different devices to tell the story. Do you think about what your options are and then figure out where to work them in?

Well, I wanted very much to go for the handmade, if we had special effects, not to do CGI, because I love a CGI movie as much as the next guy, but I don’t think people are surprised by CGI anymore. It’s so common that it’s no longer magical, and I thought, “How do we get it magical again?” How do we get maybe a kid watching the film, actually go, “Oh, I see what they did there,” and want to talk about it? I thought, “Let’s do it physically.” We’ll just drop, and there we are, on location. A room will blow away, we’re on the end of a cliff, so we built the end of a cliff. Do the physicality of it, so it therefore feels real. I kind of also wanted the audience to feel at any point they could stand up and step into the film and be part of it, that the people there mirrored them it didn’t feel like we were watching people who are now all dead, because it was 150 years ago. They actually were alive.

Yeah, and the devices affect the tone of the movie, because the movie begins and it’s so energetic and bright, and the score is so big, and then I think it settles in a little bit and the scenes get more intimate. Is that part of the writing process, where you know that if people are going to have a sad scene, you can’t have the wall disappear?

Exactly, and I also saw it, without being overt, I wouldn’t expect people to pick up on this, but in my head, I saw almost like the film had four seasons, as he was growing up. There was a sort of, kind of winter childhood, it’s all a bit brutal, and then a spring as he kind of gets looked after, and a summer that he’s looked after, then the autumn when he grows up. Tonally, there were things that we worked out to signify, but it was all subliminal. I wouldn’t expect people to kind of note those things, but just something to, sort of to carry the shape in your head as you’re filming it. Of course, when you film anything really these days, it’s all out of sequence, and it depends on when you’ve got that location and when you’ve got that actor. You have to do things out of sequence, and I think it helped Dev, because of course Dev Patel is in practically every scene all the way through, so he’s filming all out of sequence. I think for him to have a kind of, an emotional structure in his head, so he knew where he was at each moment in the film, that was useful to have.

You’ve been a fan of Dickens for a long time, and not just because of his writing, but because of his Britishness and because of the way that it made you feel about being British, which I really like. As an American, I think we think of patriotism as being complicated, and I think it’s really different from British patriotism. What is it about Dickens that for you, just sums up being proud to be from Britain?

Well, actually, patriotism in Britain is difficult as well, because actually, it’s become slightly adopted by the right and the extreme right. If you’re waving the Union Jack flag, people think … I sort of wanted to do the film because, especially after the Brexit vote, there was a danger that people saw Britain as being a very inward, insular, isolationist country. In fact, we’re not. We are a multi-ethnic, diverse, generous, outgoing, humorous, creative country. I kind of wanted to celebrate that. That’s the Britain I understand, and that’s the Britain I see around me. I think that can be forgotten under the sort of the language and the political debate that’s been going on over the last three or four years. As a child of Italian immigrants, I grew up, rather like David, I grew up, and Dev and I had this conversation. You grew up thinking, are you fully British, or are you partly British? Are you inside, outside? Where do you belong? The answer is both. You’re fully part of the country, but at the same time, you have this other heritage as well that allows you to slightly step outside it and view it slightly more objectively at times. How To Watch The Golden Globes Online And On TV 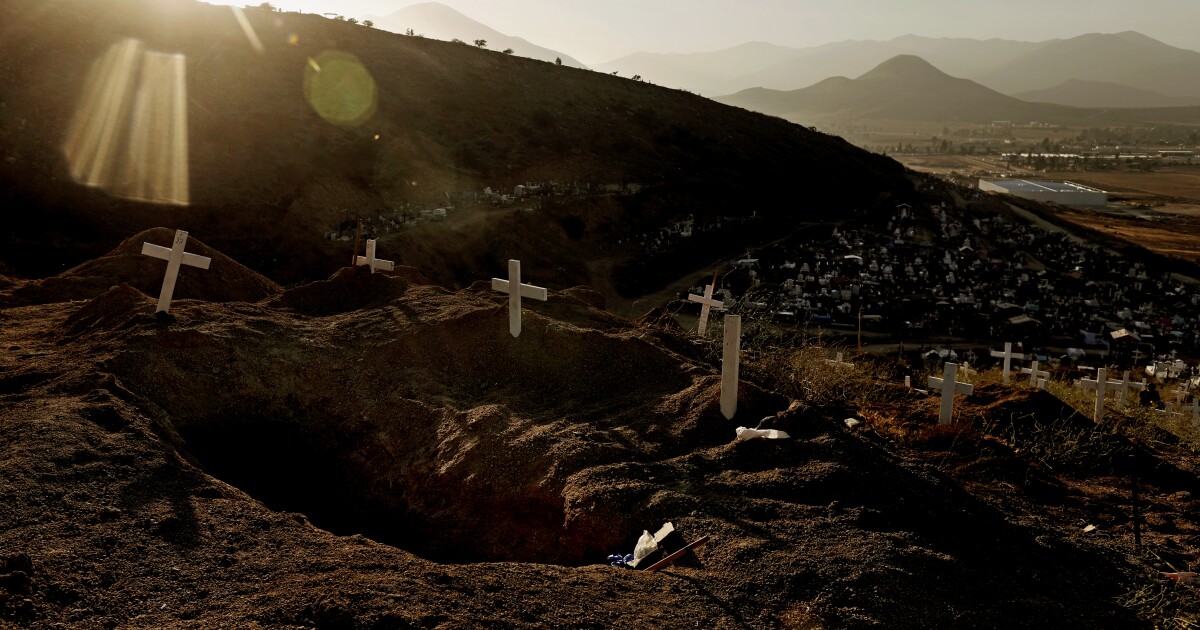