“Why do you like skating so much?” “There’s no one to control me, no rules to follow.” Netflix has unveiled an official trailer for an inspiring story called Skater Girl, set in India, and marking the feature directorial debut of filmmaker Manjari Makijany. The film is a coming of age of a rural skater girl from a remote village in Rajasthan, India. When a woman from London shows up with friend who has a skateboard, everything changes in this little town, and all the local kids becoming obsessed with riding around causing mayhem and amusement. For one young girl, Rachel Saanchita Gupta in her debut performance as Prerna, her life changes when she sets out to make it to the National Skateboarding Championships. The cast also includes Amy Maghera, Shafin Patel, Jonathan Readwin, with special appearance by Waheeda Rehman. This hasn’t played at any festivals or anywhere else, it’s another surprise Netflix release. And dang it looks great! Not only an uplifting story, but it also looks smart and sassy. Another impressive Netflix discovery. 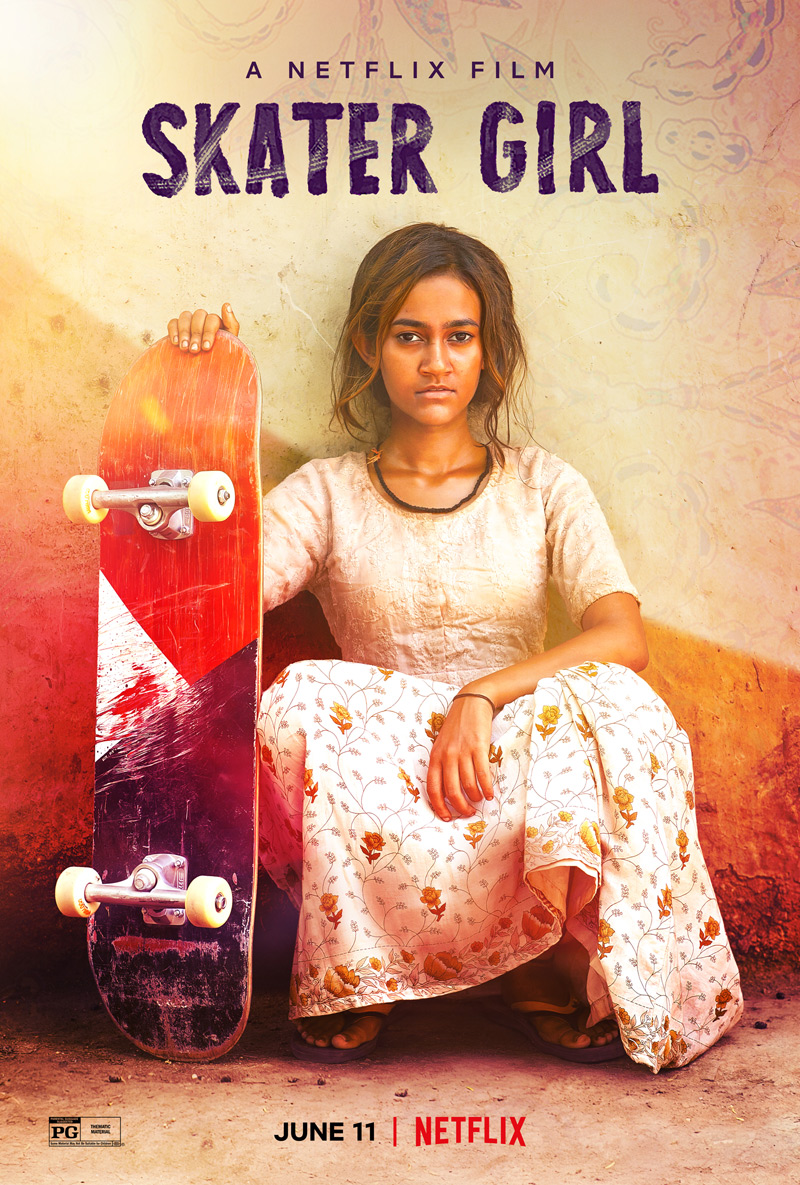 Skater Girl is a coming-of-age story about confidence, courage, and the profound impact of blazing your own trail. Set in a remote village in Rajasthan, India, the film follows Prerna (Rachel Saanchita Gupta in her debut performance), a local teen living a life bound by tradition and duty to her parents. But when London-bred advertising executive Jessica (Amy Maghera) arrives in the village to learn more about her late father’s childhood, Prerna and the other local children are introduced to an exciting new adventure thanks to Jessica and her old friend (Jonathan Readwin) who cruises into town on a skateboard. The kids become infatuated with the sport, skating through the village, disrupting everything and everyone around them. Determined to empower and encourage their newfound passion, Jessica sets out on an uphill battle to build the kids their own skatepark in town, leaving Prerna with a difficult choice between conforming to society’s expectations of her or living out her dream of competing in the National Skateboarding Championships. Skater Girl is written and directed by Indian filmmaker Manjari Makijany, making her feature directorial debut after work as an assistant director work in Hollywood previously. Co-written and produced by Vinati Makijany. Netflix will debut Skater Girl streaming starting on June 11th coming soon.