“We just started a super-human law division, and I want you to be the face of it.” Marvel has revealed the first official trailer for She-Hulk: Attorney at Law, one of their next series coming to Disney+ streaming later this year. “You’ll like her when she’s angry,” is the cheesy tagline for this one. Hulk is back! But not the Hulk you know, though he’s in this, too. Time for someone entirely different. The new series introduces us to Jennifer Walters, played by Tatiana Maslany, who becomes a green 6-foot-7-inch superpowered hulk. She tries to maintain her job as an attorney while dealing with the challenges of being big & green. It also co-stars Ginger Gonzaga, Renée Elise Goldsberry, and Jameela Jamil, along with former Hulk stars Mark Ruffalo and Tim Roth (who became “Abomination” in the The Incredible Hulk movie from 2008 – how’s that continuity). This does not look that good, but maybe they just need more time to polish the VFX. 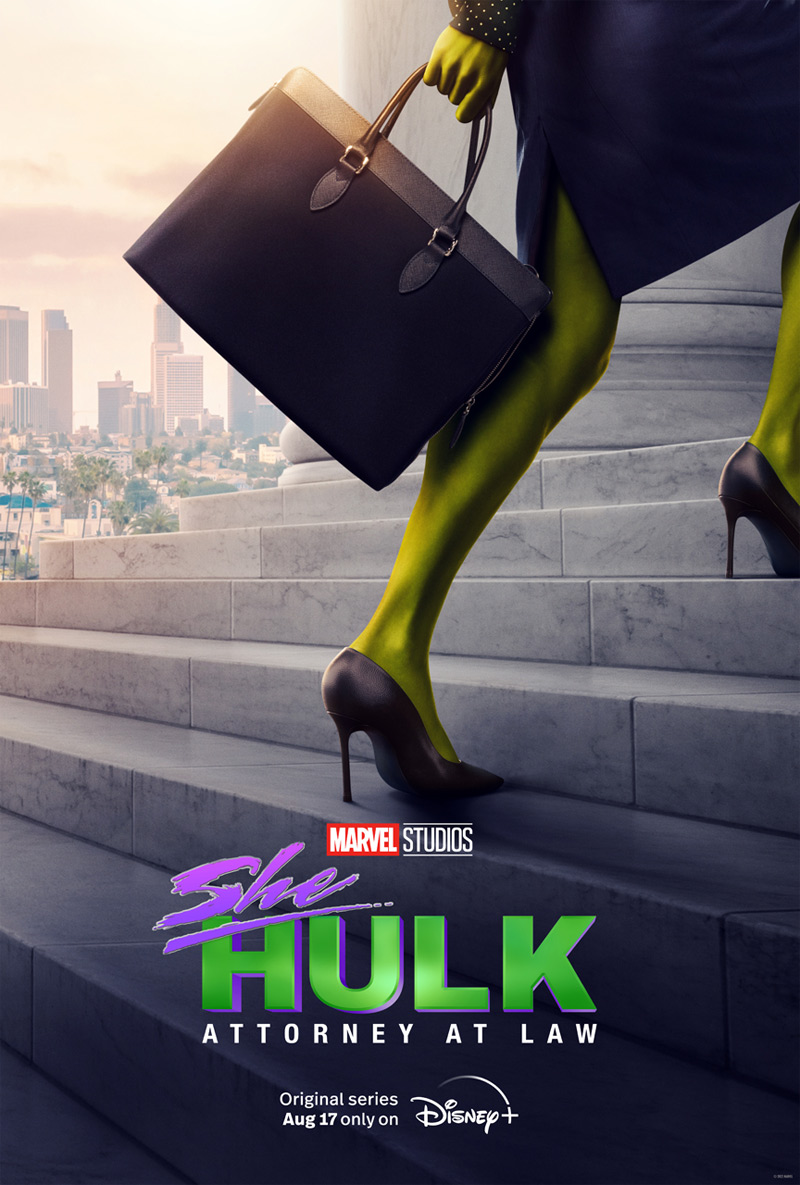 She-Hulk: Attorney at Law follows Jennifer Walters (Tatiana Maslany) as she navigates the complicated life of a single, 30-something attorney who also happens to be a green 6-foot-7-inch superpowered hulk. She-Hulk: Attorney at Law is a series featuring episodes directed by filmmakers Kat Coiro (Life Happens, And While We Were Here, A Case of You, Marry Me, and episodes of “The Mick”, “It’s Always Sunny in Philadelphia”) and Anu Valia (Brooklyn Love Stories, and episodes of “Never Have I Ever”, “And Just Like That…”). The episodes are written by Jessica Gao, who is also credited as the series creator. Based on the character created by Stan Lee and John Buscema. It’s executive produced by Kevin Feige, Louis D’Esposito, Victoria Alonso, Kat Coiro, Jessica Gao, and Brad Winderbaum. Disney will be releasing Marvel’s She-Hulk: Attorney at Law streaming on Disney+ starting August 17th, 2022 later this summer. First impression?

Sara Kruzan, woman who killed pimp in 1994 when she was a teen, pardoned by California Gov. Gavin Newsom
34 mins ago