“What if all of your dreams could come true… especially the darkest ones?” IFC Films has debuted a full-length official trailer for Come True, a dark sci-fi horror-thriller from the director of Our House, Anthony Scott Burns, working with executive producer Vincenzo Natali, starring Julia Sarah Stone and Landon Liboiron. We posted the teaser trailer last year before the film’s premiere at the Fantasia + Nightstream Film Festivals. Dreams twist. Nightmares come true. A distinctive and compelling work of dark sci-fi horror that haunts the space between wakefulness and sleep. It follows a young woman who starts to experience disturbing dreams during a sleep study. “As the darkness begins to close in, it’s soon clear that Sarah has unknowingly become the conduit to a horrifying, new discovery…” Featuring music by Electric Youth and Pilotpriest. This is a freaky, sleek film about the horrors of sleep paralysis and darkness within our dreams. 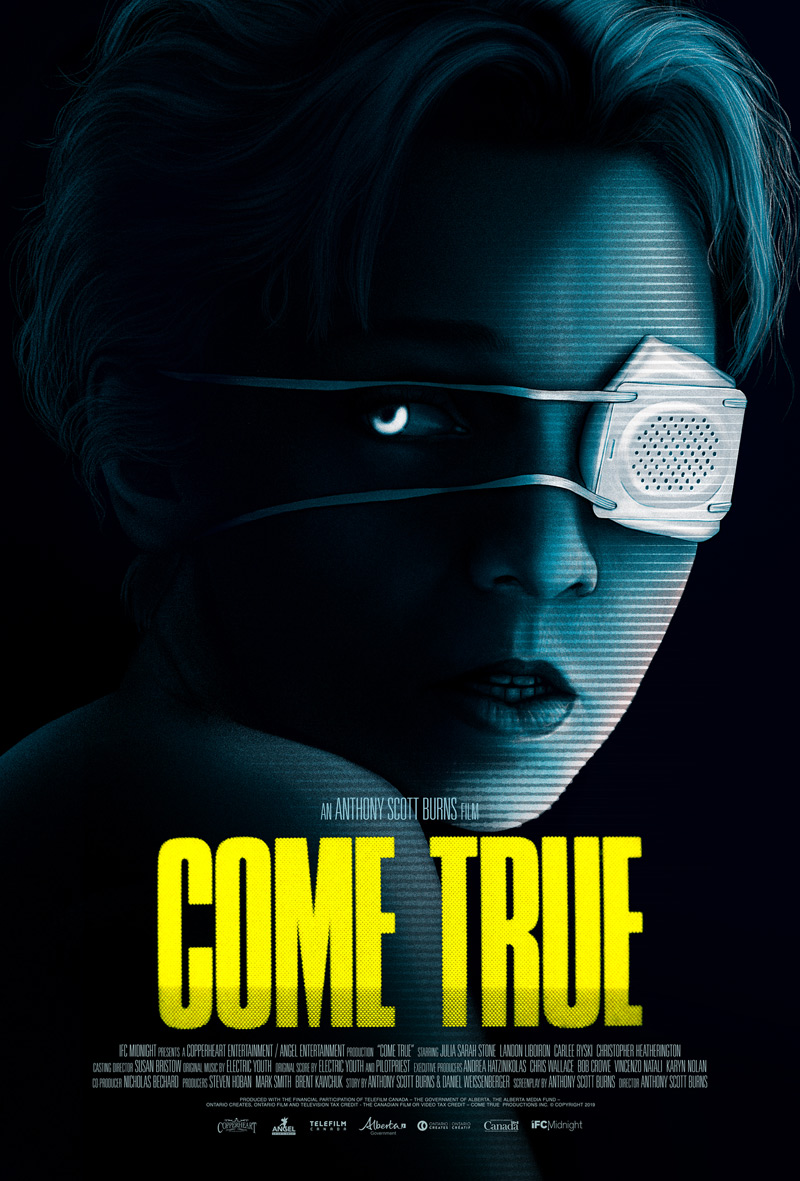 You can still watch the very first teaser trailer for Come True here, to see the first look reveal again.

18-year-old Sarah (Julia Sarah Stone) is having troubles. A tense situation at home has her avoiding the place as much as possible, crashing with friends, in a park, anywhere, and it’s ruining her at school. A call for participants at a university sleep study comes at precisely the right time, offering both a space to rest her head and perhaps a way towards healing past the terrible dreams that have been tormenting her. Before long, Sarah realizes that she’s become the channel to a frightening new discovery. Dreams twist. Nightmares come true. Come True is directed by Canadian filmmaker Anthony Scott Burns, director of the film Our House previously, as well as a segment in Holidays and a few short films (including the short Tron: Destiny). The screenplay is also by Anthony Scott Burns, based on a story by Daniel Weissenberger. This originally premiered at both the Fantasia + Nightstream Film Festivals last year. IFC Films will release Anthony Scott Burns’ Come True in select US theaters + on VOD starting March 12th. Ready to discover?