Jennifer Lopez and Ben Affleck have arrived in the City Of Love! The singer and actress, 52, and Oscar winning actor, 49, were spotted leaving Le Matignon restaurant in Paris on the evening of Thursday, July 21 after dinner with their kids. Her child Emme, 14, appeared briefly in the back seat of a car, next to Ben’s daughter Violet, 16, who wore a face mask, and Seraphina, 13. It’s unclear if Emme’s twin brother Max, also 14, and Ben’s son Samuel, 10, were present.

“They were with their children at the Matignon restaurant in Paris, they stayed in the restaurant for around two hours and thirty minutes on the terrace,” an eyewitness told HollywoodLife EXCLUSIVELY. “There were 4 bodyguards and 3 vehicles,” they also said.

Jennifer looked gorgeous in a flowy red dress with a v-neck cut. The long gown featured a pleated skirt and key hole back for a summer vibe, along with short sleeves. She kept her highlighted hair in an up-do for the outing, allowing her front bang pieces to frame her face. Ben walked behind Jen as they headed to the chauffeured car after their kids, looking dapper in a tie and blazer.

It’s unclear if the newlyweds are celebrating their marriage with a last minute honeymoon, or if they are simply on a vacation with their family. Ben and Jen officially tied the knot in Las Vegas, Nevada on July 16, 2022 at the iconic A Little White Chapel right on the strip. Just her child Emme and his daughter Seraphina attended the ceremony, acting as witnesses to the marriage.

In a lengthy and emotional letter shared to her On The JLo newsletter, Jennifer stated that the wedding was “one we dreamed of long ago and one made real (in the eyes of the state, Las Vegas, a pink convertible and one another) at very, very long last.”

Jennifer Lopez As A Bride: All The Times She’s Worn A Wedding Dress In Films

20 years ago, all the media was looking forward to the biggest wedding of the year: JLo and Ben. They didn’t make it.
Last weekend, in a chapel in Vegas, surrounded by other couples, they got married.
What the biggest wedding in the world needs to be so big? Only true love @JLo pic.twitter.com/D4lT4dfqzq

The pair were infamously engaged from 2002 to 2004, and called off their Sept. 2003 wedding in Santa Barbara due to intense media scrutiny. The Gone Girl actor and “Jenny From The Block” singer surprised the world when they reunited romantically in April 2021, nearly 17 years after breaking things off. Ben once again proposed in April 2022 — this time with a green diamond ring worth $5 million.

“It turns out love is patient. Twenty years patient,” Jennifer declared in the opening line of her letter. “Stick around long enough and maybe you’ll find the best moment of your life in a drive through in Las Vegas at 12:30 in the morning in the tunnel of love drive through, with your kids and the one you’ll spend forever with…Love is a great thing, maybe the best of things — and worth waiting for,” she also said. Per reports, the couple are planning a larger wedding celebration with friends and family at his Georgia estate about an hour out of Savannah. Harry Styles Rocks Colorful Overalls Without A Shirt At The 2023 Grammy Awards: Photos 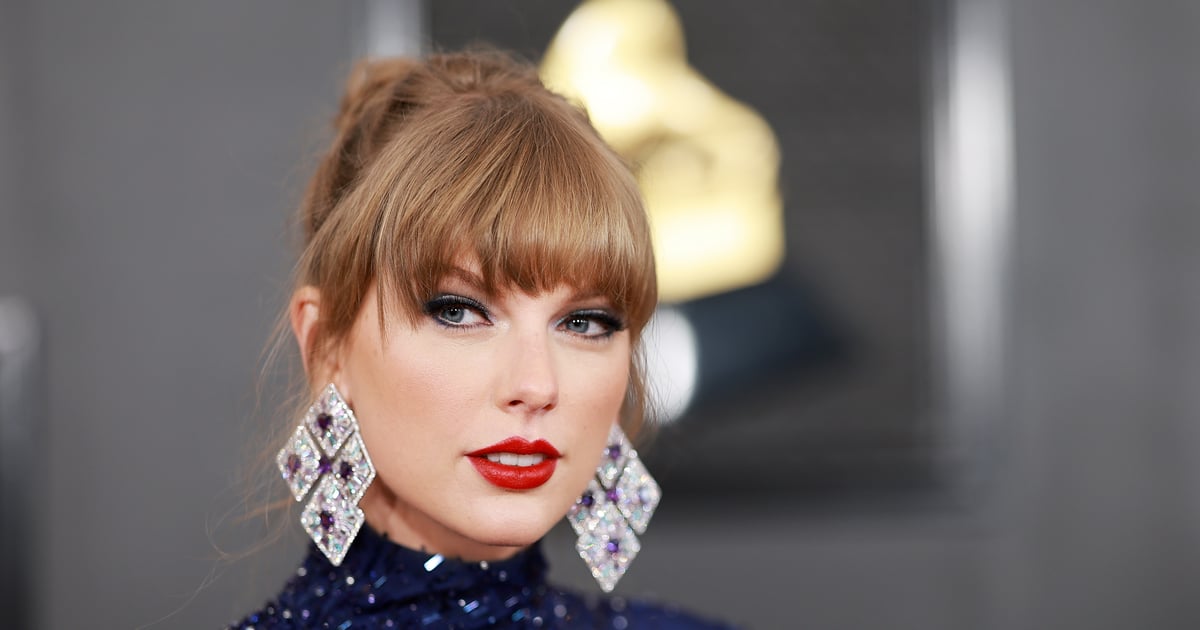 Taylor Swift Makes the Whole Place Shimmer at the Grammys