On Friday Kodak Black celebrated his 24th birthday, and while he was celebrating his special day, he took the time to show off the piece of jewelry he recently gifted to Cardi B.

Kodak shared a video of the bracelet from from Shyne Jewelers and said, “Cardi B. I hope you like yo bracelet. #CardiYak”

His caption about the bracelet is also a line in his new song “Feelin’ Peachy,” which is featured on his “Happy Birthday Kodak” EP. The diamond link charm bracelet says the name “CardiYak,” and consists of a Birkin bag charm, a “Kulture” charm, which is Cardi’s daughter’s name, a sniper circle charm, and a hand charm.

The bracelet is in celebration of Cardi’s hit single “Bodak Yellow” going diamond earlier this year. Making Cardi the first female rapper to have a single reach RIAA diamond status.

After the song reached diamond status, Cardi made it clear that Kodak was properly credited for the song, and they both benefit from the success of the record.

He got credit on the song WE both getting rich with the song till we die ..The song is called Bodak Yellow for a reason .You hoes get on this app saying the dumbest shit . https://t.co/3zShXV25Qx pic.twitter.com/Gt3GqoltUm

As we previously reported, she also said, “A couple of years ago, I didn’t even understand what going diamond meant. I just wanted to win and break-in. This record changed my life. Thank you to everyone who showed Bodak so much support and who bought [the record] till THIS DAYY!! That’s why it went diamond cause of the support YOU still give.”

Kodak also celebrated the song’s success back in March when it officially became diamond. 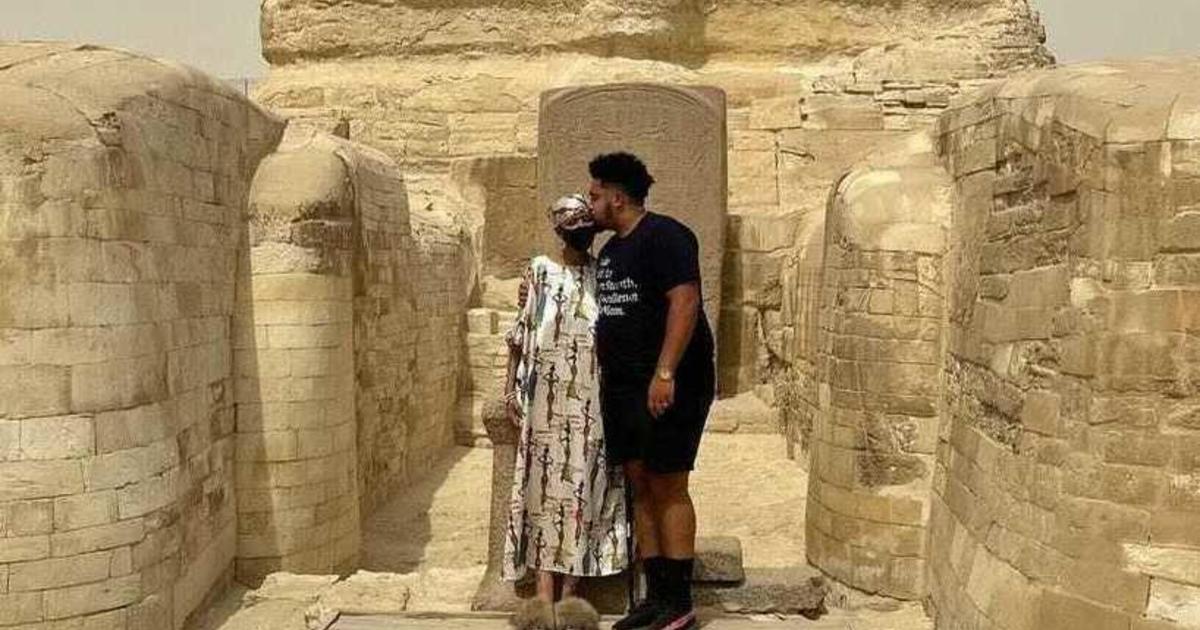 He sold cheesesteaks to take his mom on the trip of a lifetime. She died weeks after getting back.
15 mins ago

He sold cheesesteaks to take his mom on the trip of a lifetime. She died weeks after getting back.