“You know the recipe of all perfumes?” Madman Films in Australia has released their own official trailer for Perfumes, a French comedy from filmmaker Grégory Magne. This already opened in France back in 2020 and played in the US last year, but we’re just catching up with it now and have never posted this trailer so far. Anne Walberg is a celebrity in the perfume world. She creates fragrances and sells her incredible talent to companies of all kinds. She lives as a diva, selfish, well-tempered. Guillaume is her new driver and the only one who is not afraid to stand up to her. Can they save her by working together? Emmanuelle Devos stars with Grégory Montel, Zélie Rhixon, Sergi López, Gustave Kervern, Pauline Moulène, and Lisa Perrio. This looks amusing with all the usual quirks that come with the perfume business – and all the strange smells. Almost like a light-hearted, modern comedic version of the darker medieval Perfume movie. 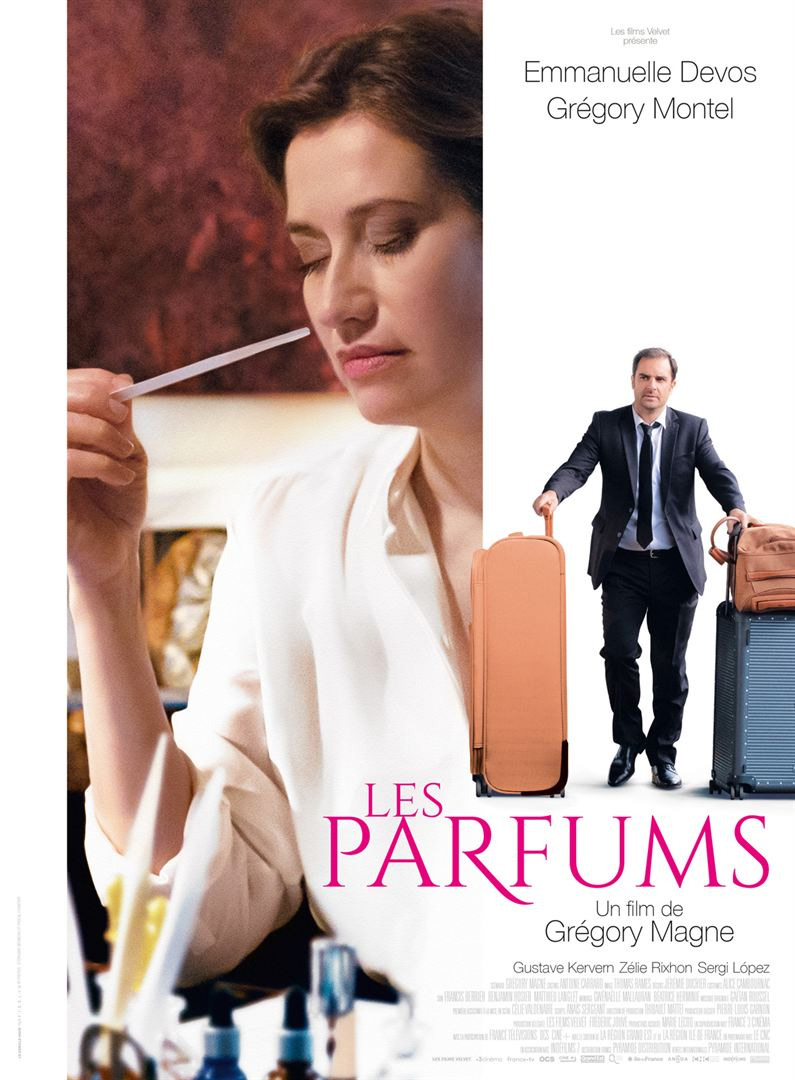 Anne Walberg (Devos) was once the star of her industry – a perfumer whose ability to produce enticing new fragrances was second to none and which saw her rise through a competitive landscape. She remains in demand, but her intemperate behaviour has made her more difficult. However, striking up an unlikely friendship with her equally troubled new driver, Anne sees a way to return to the top, which might offer a solution to both their problems. This intelligent drama is a visual and sophisticated treat. Perfumes, also known as Les Parfums in French, is both written & directed by French filmmaker Grégory Magne, making his second feature after directing L’air de rien previously. This already opened in France back in 2020, and premiered in the US last year. Madman Films in Australia is releasing Perfumes there this year. Interested?

Got COVID again? Your symptoms may be milder now, but not always