Official Trailer for ‘Interview With the Vampire’ Series with Sam Reid

“I was being hunted… and I was completely unaware it was happening.” AMC has revealed the first official trailer for Interview With the Vampire, their fresh new take on the iconic vampire book by Anne Rice. This trailer comes direct from Comic-Con, as they’ve been promoting the series there before streaming in October. The gothic tale, which follows the love/hate relationship between two vampires beginning in the late 18th century, is about Louis de Pointe, Lestat De Lioncourt and Claudia’s epic story of love, blood and the perils of immortality. Everyone remembers the iconic movie, Interview with the Vampire from 1994, because it starred Brad Pitt and Tom Cruise and Kirsten Dunst. Once again, Hollywood is doing nothing but remake/rebooting every old property they can get their hands on and this is next. This new series stars Sam Reid as Lestat, Jacob Anderson as Louis, Eric Bogosian, Chris Stack, Kalyne Coleman, plus Bailey Bass as Claudia, Assad Zaman, and John DiMaggio. This looks a bit cheesy but might be fun to watch.

Here’s the Comic-Con trailer (+ poster) for AMC’s series Interview With the Vampire, from YouTube: 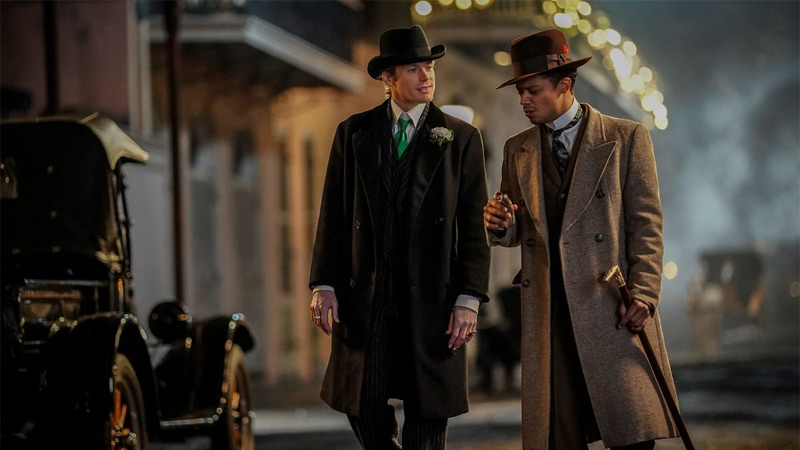 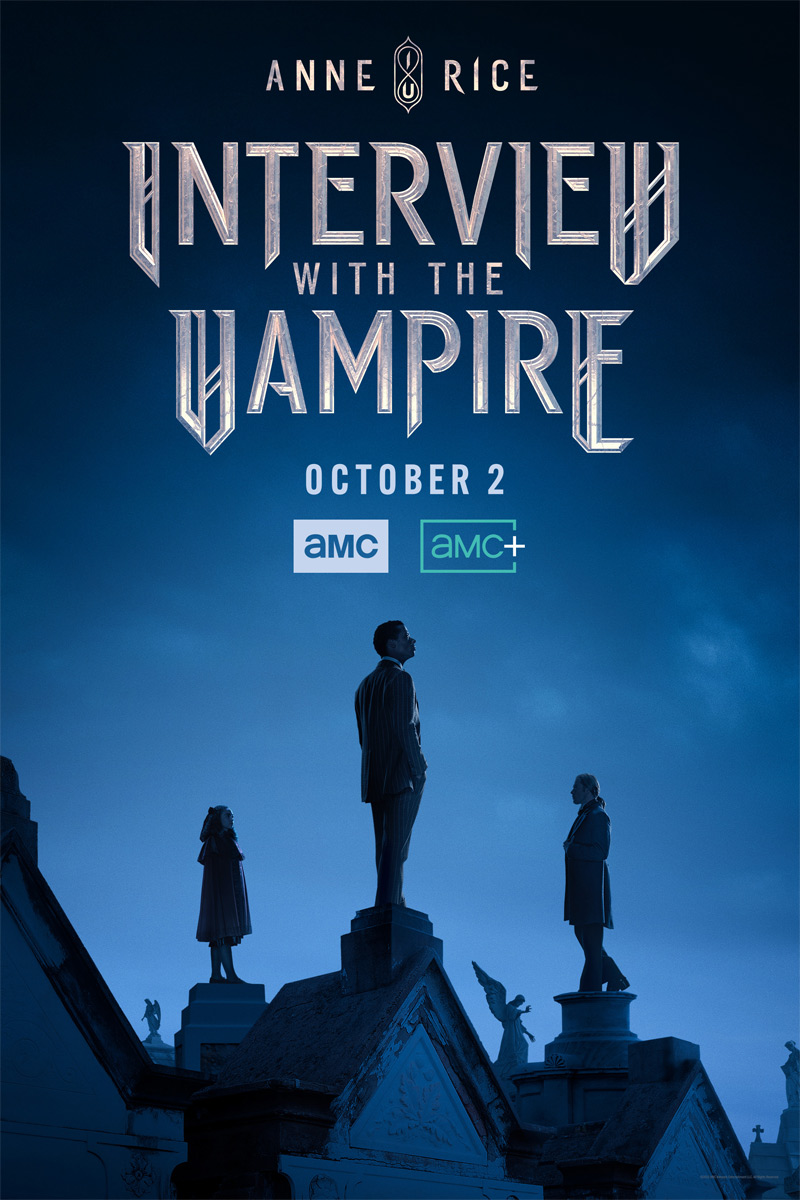 The story centers on vampire Louis de Pointe du Lac, who tells the story of his life to a reporter, and how he was turned into a vampire by Lestat de Lioncourt. Intro from the novel: “Here are the confessions of a vampire. Hypnotic, shocking, and chillingly sensual, this is a novel of mesmerizing beauty and astonishing force–a story of danger and flight, of love and loss, of suspense and resolution, and of the extraordinary power of the senses.” AMC’s Interview with a Vampire is a series created and showrun by TV filmmaker / producer Rolin Jones, writer on “Weeds”, “Fright Night Lights”, “Perry Mason”, and also a producer on “Boardwalk Empire”, “Low Winter Sun”, “Life in Pieces”, “The Exorcist” series previously. With additional writing by Jonathan Ceniceroz. Adapted from Anne Rice’s iconic novel of the same name, first published in 1976. Featuring episodes directed by Levan Akin, Keith Powell, and Alan Taylor. The series is executive produced by Rolin Jones, Mark Johnson, Anne Rice, and Christopher Rice. AMC will debut this Interview With the Vampire series streaming on AMC+ starting October 2nd, 2022 this fall. Who’s into this series?