“You can’t fight the state.” Film Movement has revealed an official US trailer for a Bulgarian B&W indie dark comedy titled Fear, made by a classic Bulgarian actor turned director named Ivaylo Hristov. This first premiered at the 2020 Tallinn Black Nights Film Festival a few years ago, and also played at the Santa Barbara Film Festival. It won the Jury Prize at the Kazan Festival of Muslim Cinema, an Audience Award at the Sofia Film Festival, plus Grand Prize in Tallinn. Svetla, a widow who lost her job recently is living next to the Bulgarian-Turkish border. There are many cases of refugees in her village due to it’s location. One day she meets a refugee from Africa and this changes her life. It’s a story about love, but also a story about fear. The film stars Svetlana Yancheva, Michael Flemming, Kristina Yaneva, and Ivan Savov. It is also Bulgaria’s submission to the 2022 Academy Awards, but it didn’t end up with a nomination this year. That said, it still looks like this is worth a watch. Featuring an awesome Wes Anderson vibe! Check it out below. 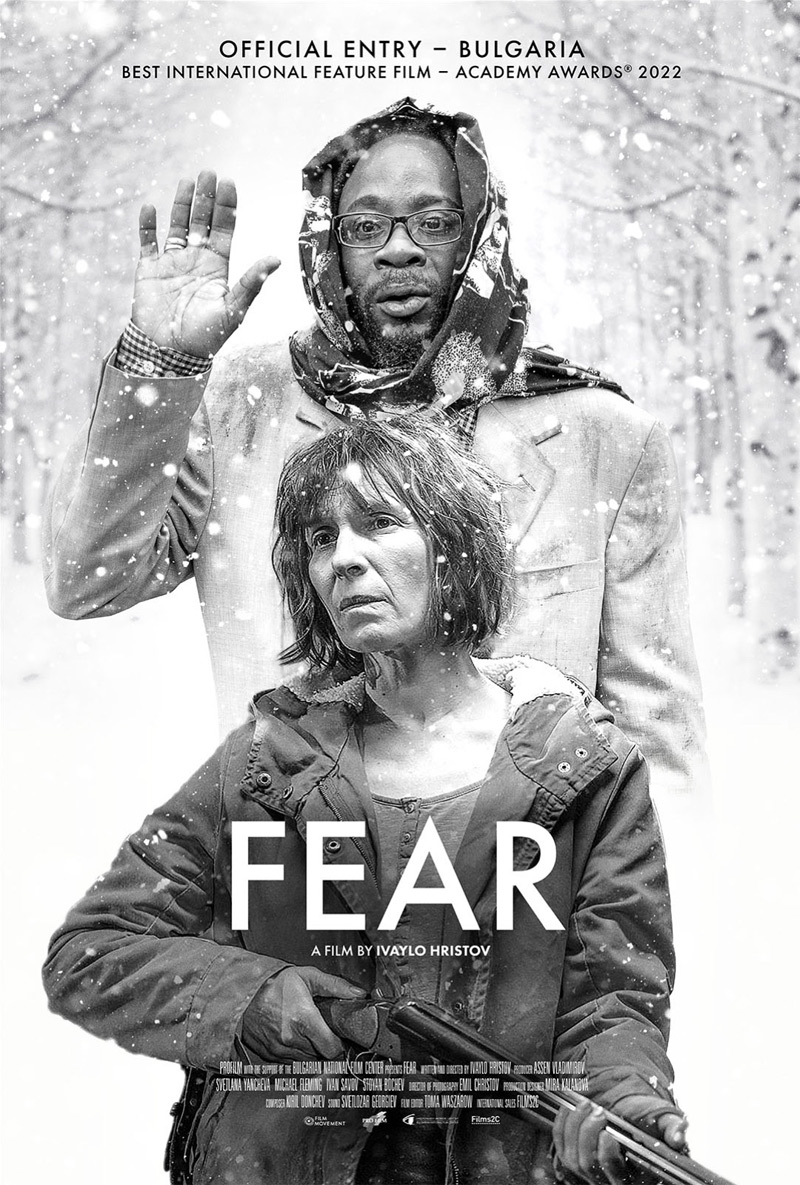 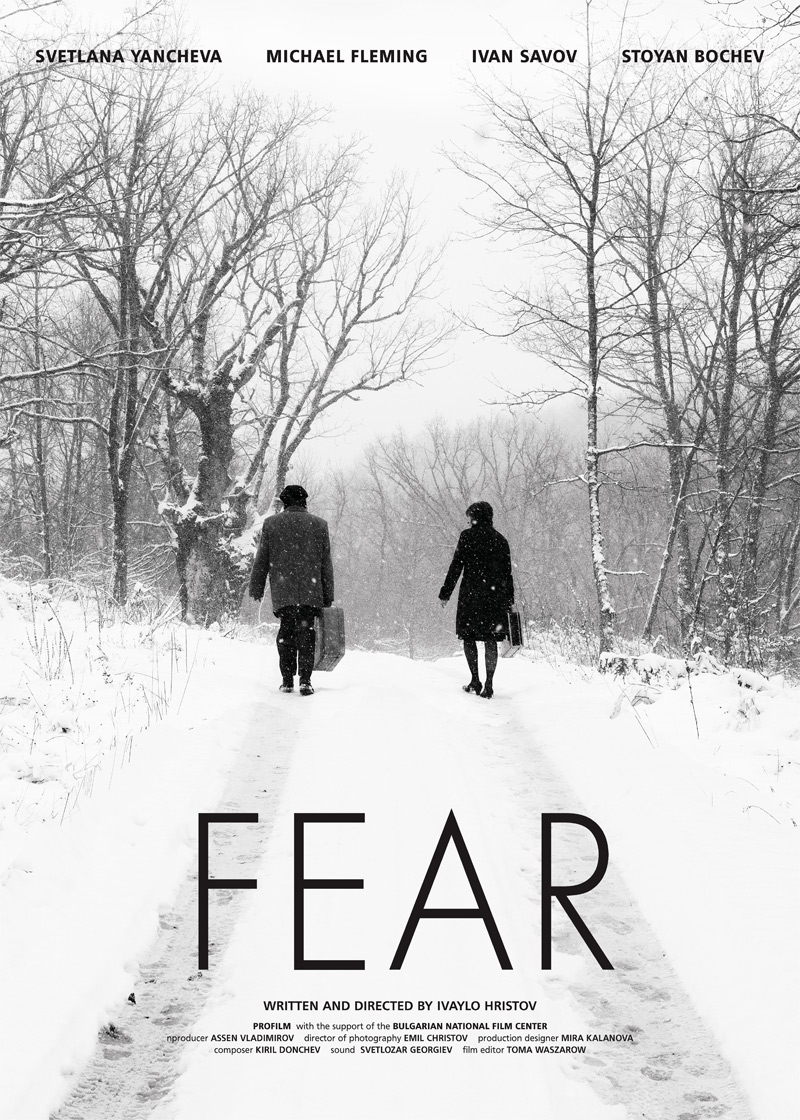 Svetla, a strong-willed widow, lives alone in a small Bulgarian village close to the Turkish border. She has recently lost her job as a teacher due to the lack of families with young children. One day, while hunting in a forest, she encounters an African refugee, Bamba, who is trying to reach Germany, and will bring about a dramatic turn in her life. Reluctantly, she offers him hospitality, but day after day, a bond develops as Bamba learns the language and takes part in her daily life. Svetla will make life-changing choices that go against her traditional community resulting in a revolt among the villagers. Absurd, comedic, and tragic situations ensue as she breaks the barriers of loneliness, close mindedness, and fear of the outsider. Fear, originally known as Strah in Bulgarian, is both written and directed by Bulgarian actor-turned-filmmaker Ivaylo Hristov, director of the films Emigrants, Footsteps in the Sand, and Losers previously. This first premiered at the 2020 Tallinn Black Nights Film Festival just a few years ago. Film Movement will release Hristov’s Fear in select US theaters (LA only) starting on March 11th, 2022. For more info, visit their site. Watch: Moving Out in ‘Daddy’s Girl’ Short Film Made by Lena Hudson