In a new and upcoming interview, controversial Real Housewives of Salt Lake City star Mary Cosby’s estranged parents are speaking out about their daughter’s unorthodox marriage arrangement to her step-grandfather, Robert Cosby, Sr. The couple stands firmly behind theories that the couple’s church is, in fact, a cult.

Speaking with Up and Adam Live, Mary’s parents deny that Mary ever wanted to be married to Robert, Sr. They claim that she was “manipulated” and a “victim” of her husband/step-grandfather.

“Mary was not Bob Cosby’s first choice,” her father insists.

Mary’s father instead said that his daughter was manipulated into the marriage by Robert Sr., who twisted her “Mama’s” (Mary’s grandmother) words about taking over the church after her passing. He also lavished her with gifts.

“He convinced her by saying, ‘Mama wanted you to marry me,’ plus here’s a couple hundred thousand dollars, and it’s your birthday; here’s a BMW,” he continued.

He also went on to call Mary a “victim” amid Mary’s cult rumors, and he said she is being held under her husband’s thrall.

“She needs to remove herself very quickly because, under Bob Cosby, it is a cult,” says her father.

This interview comes after a tumultuous season for Mary. She has garnered much criticism over her tone-deaf racial comments and actions, and she has not offered any real apologies for them. Mary also has vehemently denied any accusations of her church being run like a cult. However, she recently skipped out on the show’s season two reunion episodes. According to showrunner Andy Cohen, this was a mistake, and he said by skipping the reunion you allow others to control your narrative and called it “sad.”

I mean, even Erika Jayne and co-star Jen Shah showed up to face the harsh music when the time came for the reunion shows.

Even more, it’s beginning to look those cult claims may have had an impact on her congregation and church.

One fan, who has a friend in Salt Lake City, tweeted that all the signage for Mary’s church has been taken down. 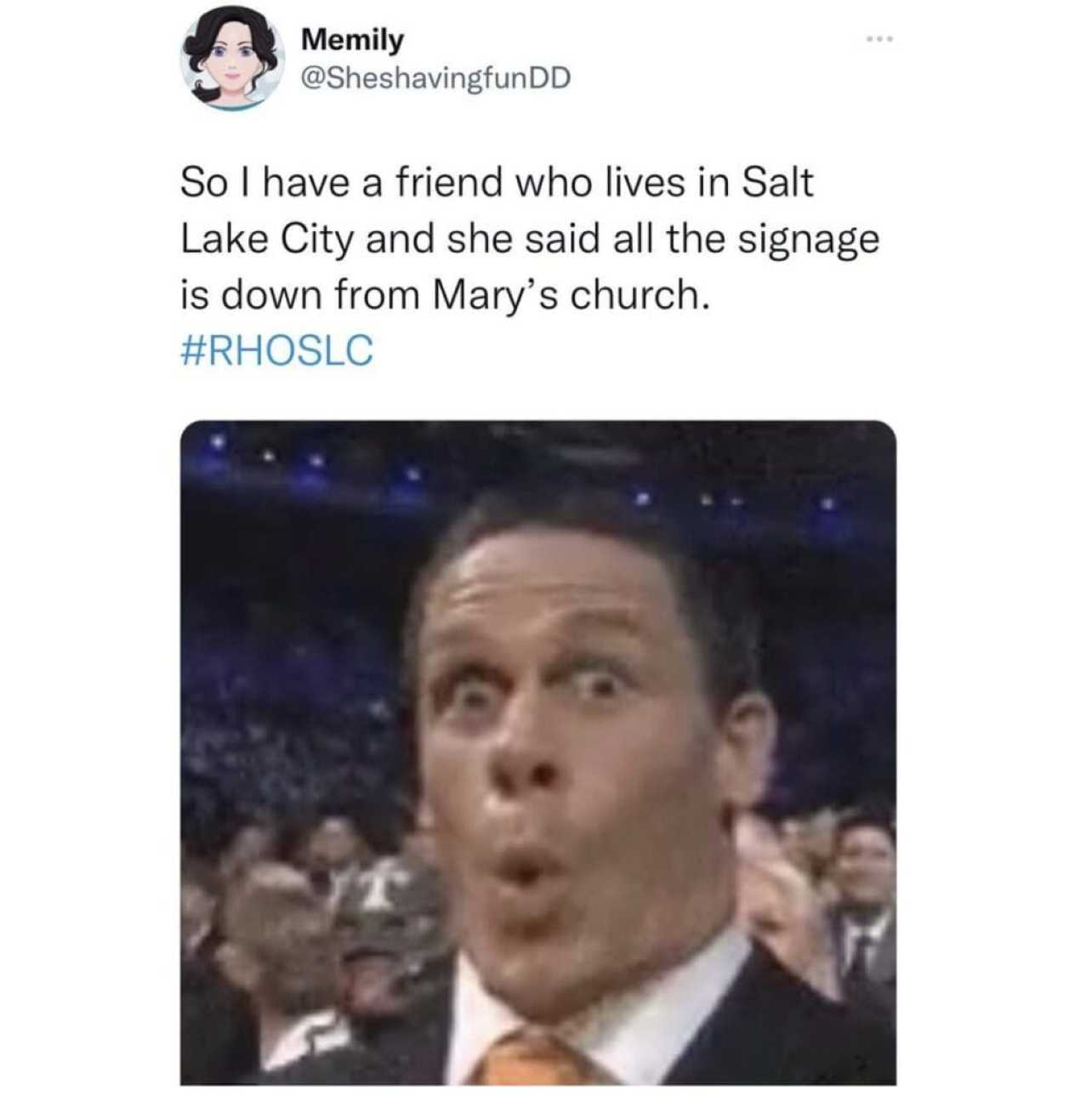