“Is it a beast? Or is it a man…?” Searchlight Pictures has revealed a teaser trailer for the new Guillermo del Toro film titled Nightmare Alley, an adaptation of the 1946 novel of the same name. The book was also adapted into a famous 1947 film also titled Nightmare Alley, but Guillermo says he’s going to back to the book for a fresh take on this story. An ambitious carny with a talent for manipulating people with a few well-chosen words hooks up with a female psychiatrist who is even more dangerous than he is. The exquisite cast includes Bradley Cooper, Cate Blanchett, Toni Collette, Willem Dafoe, Richard Jenkins, Rooney Mara, Ron Perlman, and David Strathairn. This was filmed last year at the beginning of 2020, then later in 2020 after a pandemic pause. Guillermo’s finally back!! Ohhhh this looks SO GOOD! There’s some really sumptuous shots in this trailer that remind me of his earlier films, including the first Hellboy. Enjoy. 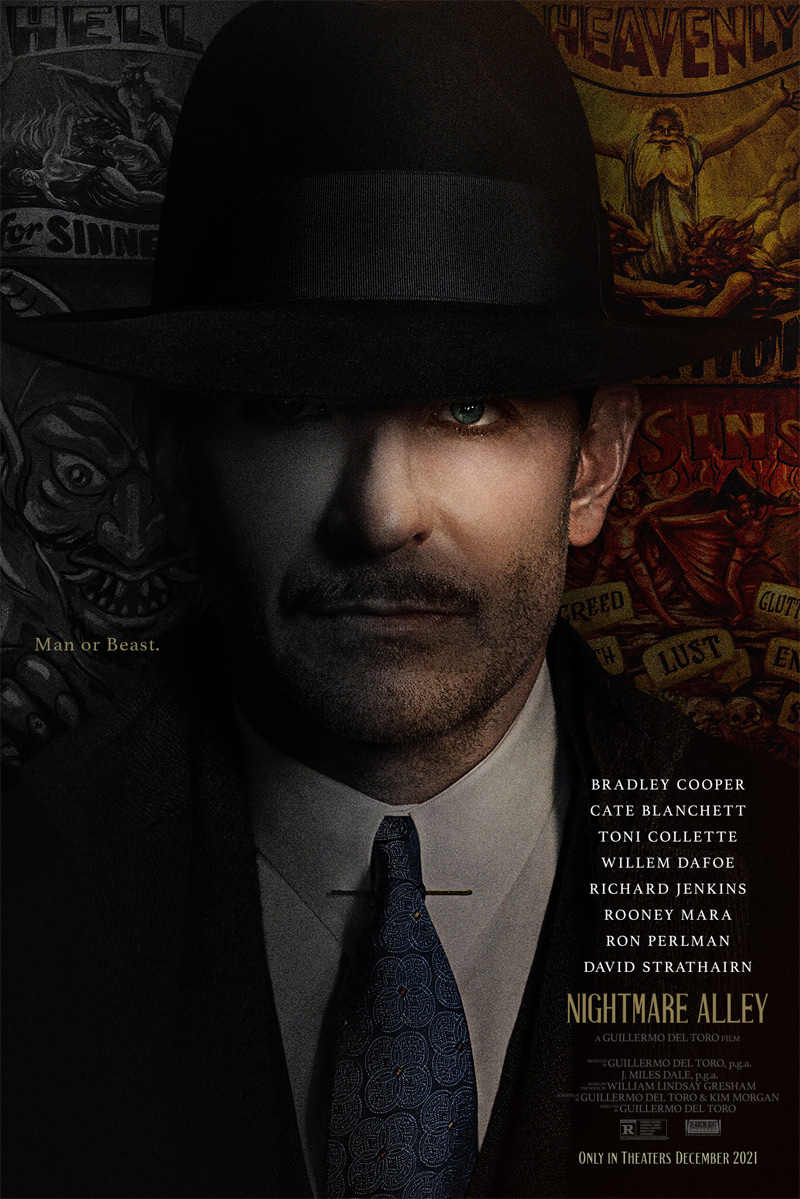 Stan Carlisle (Bradley Cooper), an ambitious carny with a talent for manipulating people with a few well-chosen words, hooks up with Dr. Lilith Ritter (Cate Blanchett), a psychiatrist who is even more dangerous than he is. Nightmare Alley is directed by visionary Mexican filmmaker Guillermo del Toro, director of the films Cronos, Mimic, The Devil’s Backbone, Blade II, Hellboy I & II, Pan’s Labyrinth, Crimson Peak, and The Shape of Water previously, as well as lots of producing work plus development on other projects. The screenplay is written by Kim Morgan and Guillermo del Toro, adapted from William Lindsay Gresham’s 1946 novel of the same name. Produced by J. Miles Dale and Guillermo del Toro. Searchlight Pictures will debut del Toro’s Nightmare Alley in theaters everywhere starting on December 17th, 2021. Look good?

A water scooter, an AR-15 rifle and a bag of heroin: Two arrested at Napa County lake