Onward and upward! Disney + Pixar have uploaded another of their SparkShorts to YouTube for everyone to view for free called Wind, written and directed by Edwin Chang, who usually works as in simulation at the studio. Pixar’s SparkShorts program for experimental & innovative short films launched in 2019 and after posting half of them on YouTube, Disney stopped allowing them to be seen for free and saved the rest of them for Disney+ only. This short also debuted back in 2019 but is now available for YouTube viewing, along with this message: “Pixar Animation Studios and the SparkShorts filmmakers of Wind are in solidarity with the Asian and Asian American communities against Anti-Asian hate in all its forms. We are proud of the onscreen representation in this short and have decided to make it widely available, in celebration of what stories that feature Asian characters can do to promote inclusion everywhere.” The story follows a boy and his grandmother as they try to escape from a dark chasm to a better life above. This one is a must watch. 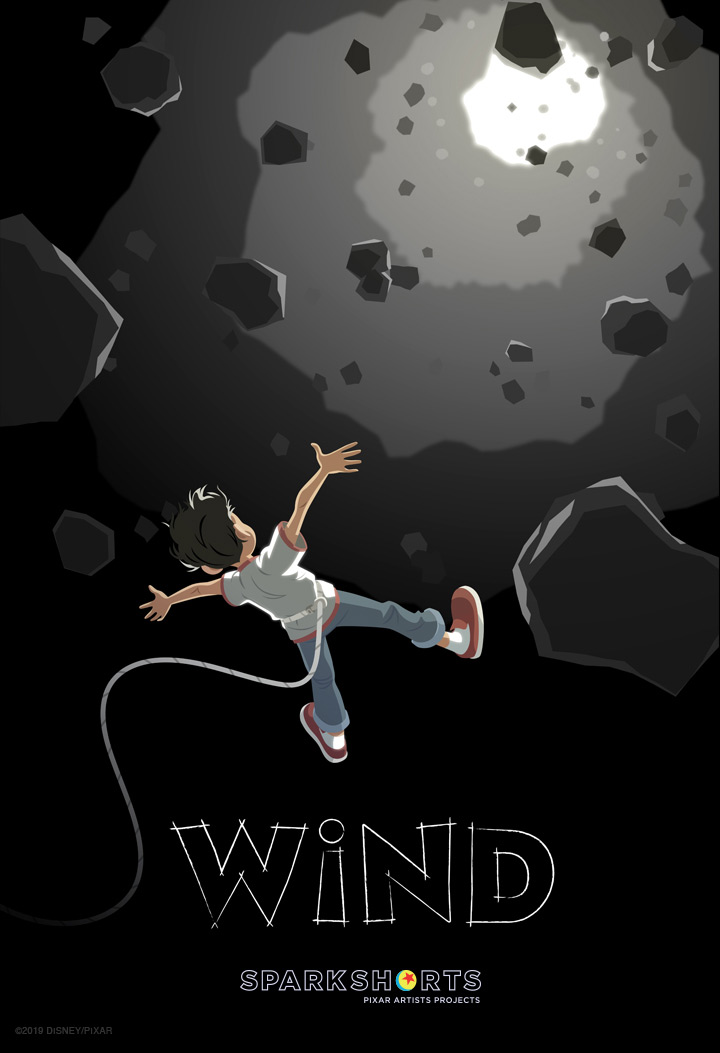 Uploaded to Pixar’s official YouTube account. Short synopsis: “Set in a world of magical realism, Wind sees a grandmother and her grandson trapped deep down an endless chasm, scavenging debris that surrounds them to realize their dream of escaping to a better life.” Wind is both written and directed by animator / filmmaker Edwin Chang, who has been working as a simulation artist / simulation supervisor for Pixar since 2006 – on the films Up, Brave, Inside Out, and Soul. This is the first film he has directed. It’s produced by Jesús Martínez, as part of the SparkShorts program at Pixar – exec produced by David Lally and Lindsey Collins. With music by Andrew Jimenez. The SparkShorts program is “designed to discover new storytellers, explore new storytelling techniques, and experiment with new production workflows… An opportunity to unlock the potential of individual artists and their inventive filmmaking approaches on a smaller scale than our normal fare.” You can watch all of Pixar’s SparkShorts on Disney+ anytime. For more shorts, click here.