Watch: ‘The Vega Brothers’ – A Fun Fake Trailer for a Tarantino Movie

“I don’t think you understand the kind of people we’re dealing with, honey.” So what is Tarantino making next? Who knows! Here’s something fun while we wait to find out. Video editor Luís Azevedo put together this fake trailer for The Vega Brothers, a prequel to both Reservoir Dogs (1992) and Pulp Fiction (1994). The focus is on the two iconic characters – Michael Madsen (as Vic Vega) and John Travolta (as Vincent Vega) taking us back to explain their origin story, so to say. The video cleverly combines footage from both movies, and a few others, to create an entirely new movie. While there are rumors that Tarantino might still try to make a Kill Bill prequel or sequel, he probably won’t ever do anything like this with the Vega Brothers. But film nerds can dream, can’t they?! This initially debuted in December, but it’s worth watching anytime. 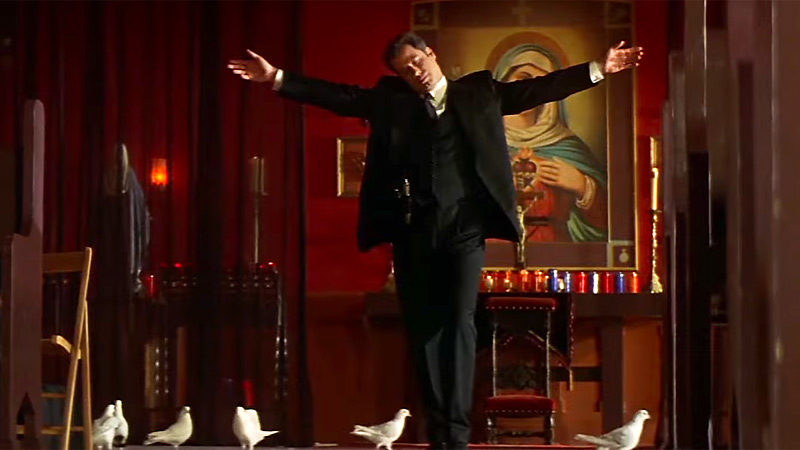 Thanks to Kottke for the tip on this fun video. Description from YouTube: “Vic and Vincent Vega (Michael Madsen and John Travolta) are back in the 10th film by Quentin Tarantino!” The Vega Brothers fake trailer concept was edited & created by Portuguese filmmaker / editor Luís Azevedo – made for the Little White Lies video channel. For more of his videos, follow him on Twitter @LuisAFAzevedo. You can also rewatch Luís’ Women in Film 2020 retrospective, and What Makes a Great Film Company Logo? video, or watch his The 30 Best Films of 2021 countdown. The video references two of Tarantino’s earliest films: Reservoir Dogs (1992) and Pulp Fiction (1994). And yes, Tarantino has made 9 films so far (Kill Bill counts as one) and whatever he does next is his 10th feature. Would you want to see him do this next – or something else?