After news of alleged serial dater and ghoster West Elm Caleb stirred intense criticism on TikTok, the act of “love bombing” has bubbled to the forefront of internet conversation. If you’re unsure of what love bombing is, you’re not alone. In fact, most people aren’t familiar with love bombing until it’s already happened. Think about it like this: if a person you’ve just begun talking to is making grand gestures that seem too good to be true — going over the top with displays of affection or showering you with gifts (among other things) — in the early stages of a relationship, they could be love-bombing you. “Love bombing is a tool strategically used to weaponize our need for love,” mental health counselor and relationship coach Michaiah Dominguez tells POPSUGAR. Even more confusing? They might not even know it, either.

Love bombing almost sounds nice until your happily-ever-after turns into a happily-never-after. To use West Elm Caleb as an example, those who claim to have dated him say he showered them with constant communication, Spotify playlists, and romantic dates that’d apparently fade to dust quickly — a sad but not uncommon modern love story. Because love bombing is pretty stealthy, it can be hard to tell when it’s happening. Ahead, Dominguez further breaks down the key details surrounding love bombing, and whew, it’s a doozy.

RELATED:  Jordan Peele’s Nope Trailer Is Terrifying Without Giving Anything Away

What Is Love Bombing?

Generally, love bombing occurs when someone shows you intense affection and attention in the extremely early stages of a relationship. It’s easy to feel swept off your feet by a love bomber when they’re pouring their heart and soul into you within such a short period of time. But a love bomber’s “grandiose gifts, constant texts, social media posts, and endearing gestures can easily blind us from seeing the ill intent, deficits, or reality of who is really in front of us,” Dominguez says.

One of the motivations someone might have with love bombing is to create a facade of loyalty and good behavior to fall back on when things get hard. For this reason, love bombing is a tactic often used in the early stages of a relationship, although Dominguez says love bombing can also be used during intense conflicts in an attempt to get a relationship back on track. “It is a way to bond you back to your partner because you see the potential and the promise of the relationship becoming safer and happier.”

What’s the Difference Between Love Bombing and Earnestly Putting In High-Level Effort?

There’s a fine line between love bombing and simply dating someone who’s putting in a high level of effort genuinely. That said, the amount of time you spend with a partner is pivotal for falling in love, and while a love bomber may feel genuine feelings of love, it doesn’t mean those feelings are lasting — or even healthy. “One attribute of healthy love is that it is consistent. It grows, deepens, and is strengthened over time,” Dominguez says. “Compatibility, friendship, and intimacy are built through communication, vulnerability, and time. Love bombing requires none of those things. . . . Healthy love is patience. Love bombing will eventually run out of steam.” In other words, if you’re dating a love bomber, you may be able to tell by how quickly the affection dwindles.

Can a Person Be in Love and Still Love-Bomb Someone?

The short answer is yes, it’s possible for a person to love someone and love-bomb them. “They may have sincere, strong feelings while also having difficulty with emotional regulation, a desperate need for acceptance, or may be hyperfixated on romantic love,” Dominguez says. A deep, meaningful relationship, however, involves much more than gifts and attention. If someone is love-bombing you — providing you with those things alone — you could be on an unsustainable relationship path. And while a person’s intent may not be to love-bomb you, it doesn’t mean the behavior should be overlooked. Rather, it’s important to have a conversation to address true feelings and intent.

Is Love Bombing a Trait Consistent With Narcissists? Or Can Anyone Love-Bomb?

Similar to how a person who’s not a narcissist can still exhibit narcissistic behavior, anyone can love-bomb someone — narcissist or not. In fact, true narcissism isn’t as common as you may think it is. “We are becoming all too consumed with diagnosing people,” Dominguez says. “There are fewer narcissists than we think. More importantly, manipulation, control, abuse, and mistreatment expressed through love bombing (or any other tactic) is not reserved for narcissists alone. Anyone with a warped perception of love or unrealistic expectation of love is capable of love bombing.”

I Think I’ve Been Love-Bombed. How Do I Recover?

Being love-bombed is an incredibly frustrating experience, especially when you were under the impression your relationship was on the right track. One of the best ways to recover from love bombing is to “lean into and invest in healthy love that is present in your life,” Dominguez says. “Enhance your love of self and find support in therapy and other emotional and spiritual resources, as well as de-center romantic partnerships from your life.” Give yourself permission to take a breather and focus on the good that surrounds you. There’s a lot more to life than romantic love. 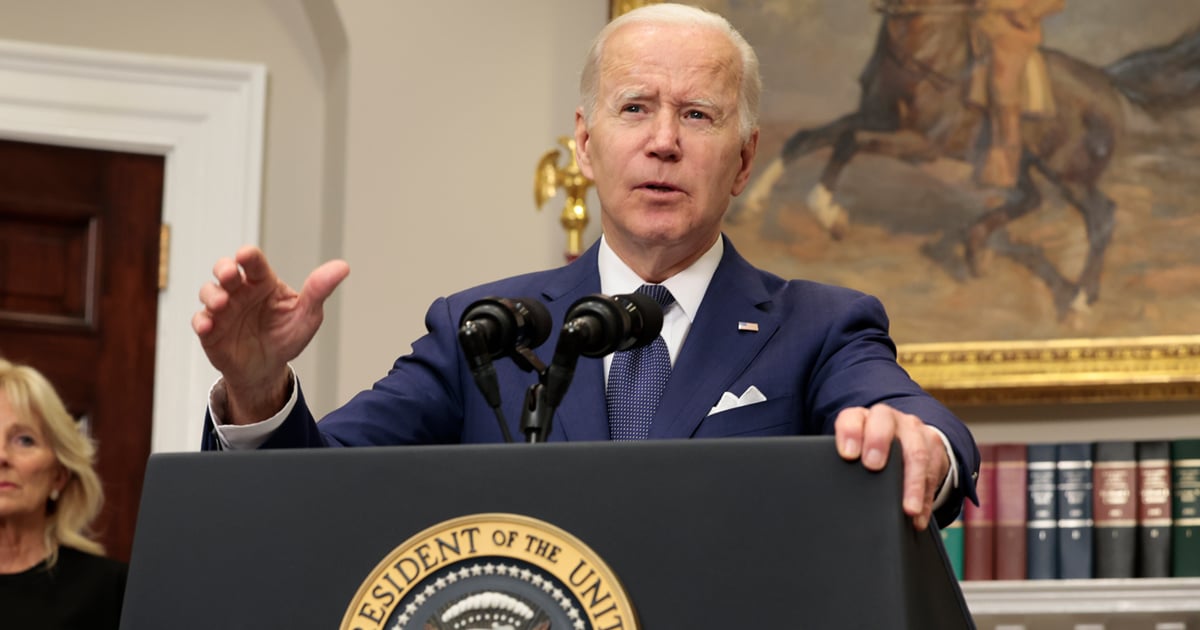 Joe Biden Addresses Texas School Massacre: “When In God’s Name Are We Going To Stand Up To The Gun Lobby?”