Judge Robert Miller granted the state’s request for a stay of a Long Island judge’s ruling Monday that the governor and health officials lacked authority to require masks.

Arguing before Miller Tuesday, Judith Vale, an attorney for the state, said judge Thomas Rademaker’s ruling would “radically disrupt the status quo” and endanger the health of students and staff at schools.

“The order, if not stayed will allow individuals to refuse to wear face coverings in indoor public settings where the risk of COVID-19 spread is high, including in schools where many children remain unvaccinated against COVID-19,” the state’s court filing said.

The plaintiffs’ attorney, Chad Laveglia, vowed to take the challenge “as far as it needs to go.”

“The judge got it wrong entirely. It’s so blatantly unconstitutional to grant a stay whatsoever,” he said.

The Education Department said the state had filed notice that it would appeal Monday’s ruling by a judge on Long Island, a step that could keep the rule in place at least until its planned expiration Feb. 1.

“While these legal steps occur, it is NYSED’s position that schools should continue to follow the mask rule,” said department spokesperson Emily DeSantis.

But in some districts, administrators immediately made masking optional for students and staff.

“While it is certain this decision will face legal challenges, until otherwise litigated, mask wearing will be optional for students and staff in the Massapequa Schools beginning Tuesday,” the Massapequa School District, in the New York City suburbs of Long Island, said on its website.

Ruling in a case brought by a group of parents, judge Thomas Rademaker said the governor and state health commissioner didn’t have authority to issue a mask mandate without legislative approval.

The mandate “is a law that was promulgated and enacted unlawfully by an executive branch state agency, and therefore void and unenforceable,” the judge said.

Democratic Gov. Kathy Hochul said she disagreed with the ruling, and Attorney General Letitia James tweeted Tuesday that her office would challenge it.

“We’re appealing last night’s decision that struck down the mask mandate in New York. We will continue to do everything in our power to protect New Yorkers from #COVID19,” James, a Democrat, tweeted.

Judith Vale, an attorney for the state, asked a judge Tuesday in a higher court to block the ruling pending appeal, arguing it would “radically disrupt the status quo” and endanger the health of students and staff at schools.

RELATED:  Cures 2.0 could be 'well on the way' by spring, say DeGette and Upton

Judge Robert Miller did not immediately rule on the request.

“The commissioner of health is an administrative officer who is promulgating laws on all New Yorkers,” he said.

The state had initially instituted a mandate in April 2020 that required people to wear masks in most indoor settings outside their home. That rule ended in June 2021 for vaccinated people. Hochul announced in mid-December, as COVID-19 infections surged in the state, that it would go back into effect for at least a month. Earlier this month, the state health department said the mandate would be in place until Feb 1.

As school districts waited for the legal questions to play out, parents received mixed instructions, depending on where they live.

Syracuse City Schools were among those following the Education Department’s guidance. “That means that anyone entering any of our schools must continue to wear a mask,” a notice on the district’s website said.

Republican U.S. Rep. Elise Stefanik criticized Hochul for “ignoring” the ruling and causing unnecessesary confusion. She told parents in her northern New York congressional district to call her office if their children were not allowed in school without a mask.

RELATED:  Trial shows that the antibiotic azithromycin does not prevent mild COVID-19 cases progressing to hospitalization or death

“Masks are not mandatory for students, period. Yet Kathy Hochul is still trying to force young children to wear a mask in school, shamefully disregarding the rule of law,” Stefanik said in a news release.

In a statement, Hochul said, “My responsibility as Governor is to protect New Yorkers throughout this public health crisis, and these measures help prevent the spread of COVID-19 and save lives. We strongly disagree with this ruling, and we are pursuing every option to reverse this immediately.”

The ruling comes as the omicron wave that gripped New York state appears to be easing. The state averaged around 23,400 new cases of the virus per day in the seven-day period that ended Sunday, down from 74,600 per day during the wave’s peak in early January. Hospitalizations are dropping, too, declining 17% statewide in the past seven days. 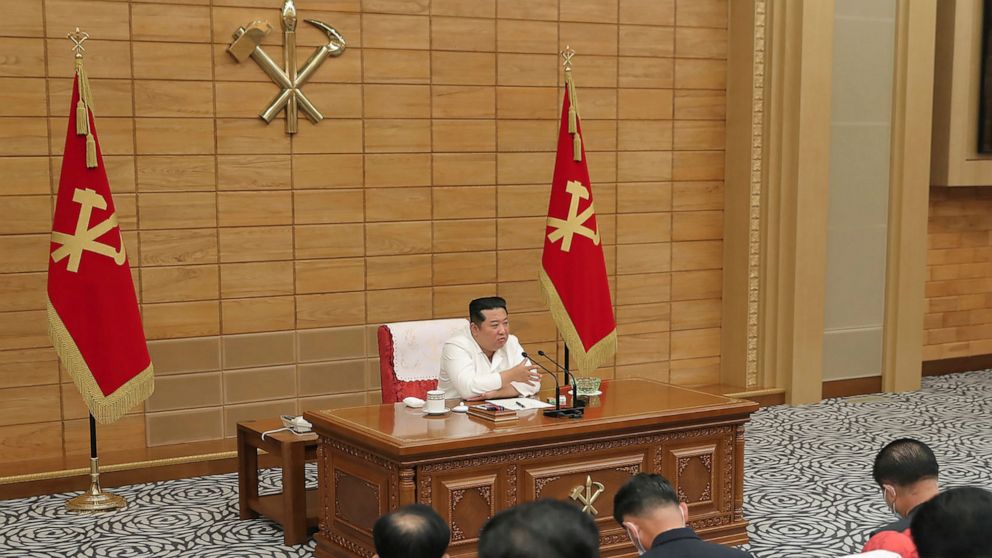