PROVIDENCE, R.I. — Democratic governors in states where abortion will remain legal are looking for ways to protect any patients who travel there for the procedure — along with the providers who help them — from being prosecuted by their home states.

In North Carolina, Democratic Gov. Roy Cooper signed an executive order Wednesday to protect abortion providers and patients from extradition to states that have banned the practice. Abortions are legal in North Carolina until fetal viability or in certain medical emergencies, making the state an outlier in the Southeast.

“This order will help protect North Carolina doctors and nurses and their patients from cruel right-wing criminal laws passed by other states,” Cooper said in announcing the order.

The governors of Rhode Island and Maine signed executive orders late Tuesday, stating that they will not cooperate with other states’ investigations into people who seek abortions or health care providers that perform them.

Maine Democratic Gov. Janet Mills said she will “stand in the way of any effort to undermine, rollback, or outright eliminate the right to safe and legal abortion in Maine.”

Their offices confirmed Wednesday that they are preemptive, protective moves, and that neither state has received a request to investigate, prosecute or extradite a provider or patient.

Their attempts to protect abortion rights come as tighter restrictions and bans are going into effect in conservative states after last month’s Dobbs v. Jackson ruling in the U.S. Supreme Court, which overturned the nearly half-century-old holding from Roe v. Wade that found that the right to abortion was protected by the U.S. Constitution. The issue reverts to the states, many of which have taken steps to curtail or ban abortions.

The specific fears of Democratic officials are rooted in a Texas law adopted last year to ban abortions after fetal cardiac activity can be detected. The law lets any person other than a government official or employee sue anyone who performs an abortion or “knowingly engages in conduct that aids or abets” obtaining one.

The person filing the claim would be entitled to $10,000 for every abortion the subject was involved with — plus legal costs.

The U.S. Supreme Court has declined to hear challenges to the Texas law so far.

Bernadette Meyler, a professor at Stanford Law School, said it’s not clear whether judgments against out-of-state abortion providers would hold up in courts, especially if they are not advertising their services in states with bans.

But she also said it’s not clear that the liberal states are on firm legal ground to protect their residents from any out-of-state litigation.

“Probably, they assume that some of the laws that they’re passing won’t be upheld or may not be upheld, and they’re trying to come up with as much as possible in order to resist the effects of the Dobbs decision,” Meyler said.

The resistance to cooperating with abortion-related investigations could hold up, though, she said. Places that declared themselves “sanctuary cities” and refused to cooperate with federal immigration investigations during former President Donald Trump’s presidency were able to carry out similar policies.

Connecticut was the first state to pass a law to protect abortion providers, patients and others from legal action taken by other states. Democratic Gov. Ned Lamont signed it in May, before the Supreme Court overturned Roe v. Wade.

RELATED:  How to sleep: Drinking a gut-health drink before bed can result in a better night's sleep

“In accordance with Connecticut law, we will resist any attempt by another state to criminalize or intrude on a woman’s private and lawful healthcare decisions,” Connecticut Attorney General William Tong said in a statement last week.

The Democratic governors of Minnesota, New Mexico, Nevada, California and Washington and the moderate Republican governor in liberal Massachusetts all signed executive orders within days of the ruling to prohibit cooperation with other states that might interfere with abortion access.

“Residents seeking access will be protected, providers will be protected, and abortion is and will continue to be legal, safe and accessible, period,” said New Mexico Gov. Michelle Lujan Grisham, who has described the order as a preventative measure.

New Jersey Democratic Gov. Phil Murphy signed two bills Friday that moved swiftly in the Democratic-led Legislature following the ruling. The new laws aim to protect the right of those from outside the state to get abortion services within its borders and bar extradition of people involved in reproductive health care services should they face charges in another state.

Murphy said he was “overwhelmingly angry” that he had to sign the bills, but equally as proud to do so.

RELATED:  Dementia: The small fruit that could cut your risk of the brain condition - study

“These laws will make New Jersey a beacon of freedom for every American woman,” he said during a signing ceremony in Jersey City, not far from the Statue of Liberty.

In Washington state, the governor prohibited the state patrol from cooperating with out-of-state abortion investigations or prosecutions, but he noted that he didn’t have jurisdiction over local law enforcement agencies. The executive in the county surrounding Seattle said Tuesday that its sheriff’s office and other executive branch departments will not cooperate with out-of-state prosecutions of abortion providers or patients.

Some progressive prosecutors around the U.S. have already declared that they won’t enforce some of the most restrictive, punitive anti-abortion laws.

In New Orleans, city council members have introduced a resolution calling on local police and prosecutors to make investigations and prosecutions of abortions “the lowest priority for enforcement.” City Council members in Austin, Texas, another liberal city in a conservative state, have called for a similar policy. 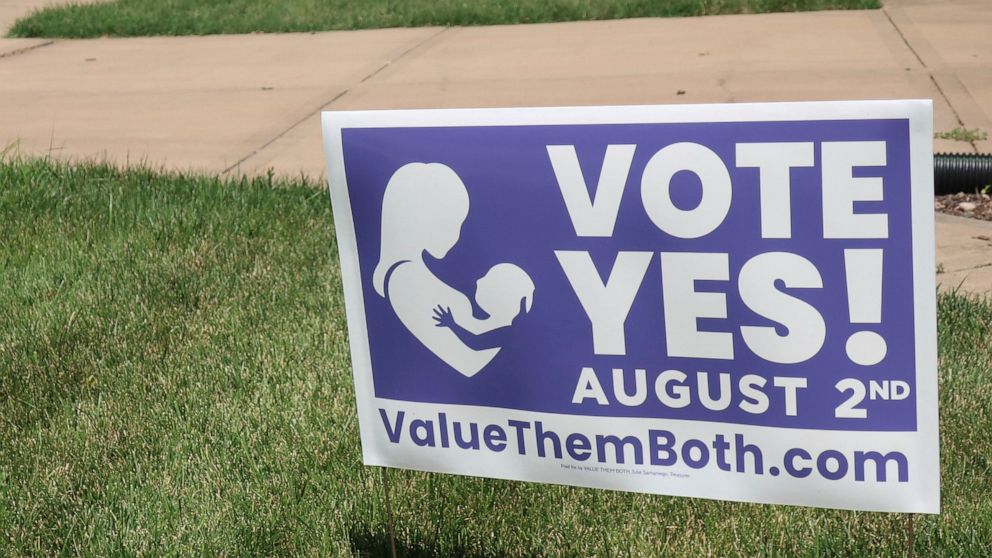