WASHINGTON — Hundreds of clinics pushing unproven stem cell procedures caught a big break from the U.S. government in 2017: They would have three years to show that their questionable treatments were safe and worked before regulators started cracking down.

But when the Food and Drug Administration’s grace period expired in late May — extended six months due to the pandemic — the consequences became clear: Hundreds more clinics were selling the unapproved treatments for arthritis, Alzheimer’s, COVID-19 and many other conditions.

“It backfired,” says Leigh Turner, a bioethicist at the University of California, Irvine. “The scale of the problem is vastly larger for FDA today than it was at the start.”

The continuing spread of for-profit clinics promoting stem cells and other so-called “regenerative” therapies — including concentrated blood products — illustrates how quickly experimental medicine can outpace government oversight. No clinic has yet won FDA approval for any stem cell offering and regulators now confront an enormous, uncooperative industry that contends it shouldn’t be subject to regulation.

Although emerging research suggests stem cells could someday have broad use for a number of medical conditions, experts say they should not be used outside of well-controlled studies or a handful of established uses. For instance, stem cells collected from blood or bone marrow have long been used to treat leukemia and other blood diseases.

Many clinics use so-called adult stem cells collected from tissue like fat or bone marrow — not the more versatile but controversial stem cells from embryos used in research.

Turner and other experts have tracked the growth of the clinics for nearly a decade. Clinics charge between $2,000 to $25,000 for adult stem cell injections and other infusions which they advertise for an assortment of diseases, including diabetes, autism, cancer, multiple sclerosis and vision problems. Some clinics use stem cells derived from fat, harvested via liposuction then reinjected into patients, aiming to repair joints or fight disease. Others use bone marrow or blood taken from umbilical cords after birth.

There is no government tally of how many clinics operate in the U.S. But Turner counted more than 1,200 of them in 2019, up from the 570 clinics he and a co-author identified in 2016. He’s working on an update but says the number has consistently grown.

The FDA has repeatedly warned Americans to steer clear of unapproved and unproven stem cell therapies, which have occasionally caused blindness, bacterial infections and tumors. During FDA’s three-plus years of “enforcement discretion,” the agency sent formal warning letters to more than a dozen businesses performing the riskiest procedures. Regulators also prevailed in a Florida court case to shutdown a major clinic offering unproven treatments. Another case against a similar prominent company is pending in California.

“It’s time to actually get the data we need,” to assess clinics’ stem cell procedures, FDA’s Dr. Peter Marks said at an industry conference in June. He pointed to a multiyear effort by FDA to help clinics through the review process.

Many stem cell doctors continue to argue that their in-office procedures are outside FDA’s purview. But FDA has concluded that processing stem cells and giving them to patients with serious diseases amounts to creating a new drug, which the agency regulates.

The FDA hasn’t disclosed how many clinics sought approval since 2017, but public comments suggest it was troublingly low.

“We have been very disappointed in the number of clinics that have come in,” FDA’s Dr. Wilson Bryan said at the same conference.

Bryan, who directs FDA’s cell therapies division, added that he is “extremely concerned” by how many stem cell and related offerings remain available.

Tracking injuries from the procedures is difficult. Drugmakers and hospitals are required to report drug-related complications to the FDA, but no such requirements exist for individual doctors. And patients often don’t know where to report problems.

David Stringham of Provo, Utah, says undergoing a procedure for joint pain at a local clinic was “the worst decision of my life.”

In 2018, Stringham was looking for an alternative to surgery for chronic pain in his right shoulder and elbows after years of weightlifting. He paid $2,400 for injections of so-called platelet-rich plasma at a clinic. It doesn’t involve stem cells but the procedure is similar: doctors take a blood sample, process it to concentrate the platelets and then reinject them into the patient’s problem areas in an attempt to speed healing.

The procedure went smoothly, but within hours Stringham was wracked by pain in his back, shoulder and arms.

“It was a crazy amount of pain and I kept calling them saying ‘something is not right,’” said the 51-year-old. ”And to this day I’m not right.”

The clinic gave Stringham medication for the pain and told him to be patient. But things didn’t improve, even after months of physical therapy. Since then, a neurologist has told Stringham he probably suffered nerve damage at the places where he was injected.

His case was included in a Pew Charitable Trusts review of 360 reported injuries from stem cell and other regenerative procedures between 2004 and 2020. Nearly all the reports came from medical journals, government publications, social media or news reports. Just five came from FDA’s database for medical injuries.

“There are a lot of holes in the safety system,” said Liz Richardson of Pew, who led the project.

The FDA didn’t clearly assert its authority over such clinics until 2017. The next year, it began sending form letters to some 400 clinics, warning that they may be violating FDA rules. But the names of the clinics haven’t been publicized, and such warnings are often ignored.

RELATED:  Medicinal cannabis: The change that would be ‘enormously helpful’ - Ruby Deevoy

“The business model is this: ‘We can keep offering these products until things get serious with the FDA — and then we can just take down our website,” said Laertis Ikonomou, a stem cell researcher at the University of Buffalo.

He and other specialists say the clinics have damaged the reputation of legitimate stem cell research while also siphoning off patients who might otherwise enroll in studies.

Lawyers representing stem cell clinics say they have no choice but to resist FDA regulation.

“FDA is pushing them into this drug development pathway, which nobody is adopting because it requires a million dollars’ worth of toxicology and animal studies just to show something is safe for human use,” said Marc Scheineson, a former FDA attorney.

For now, people on both sides are waiting to see what FDA does.

“We shouldn’t feel too confident that the FDA has this wrapped up” said Turner, the bioethicist. “They really have invested some resources and they are trying to do something here but I think they’re just outmatched and overwhelmed.” 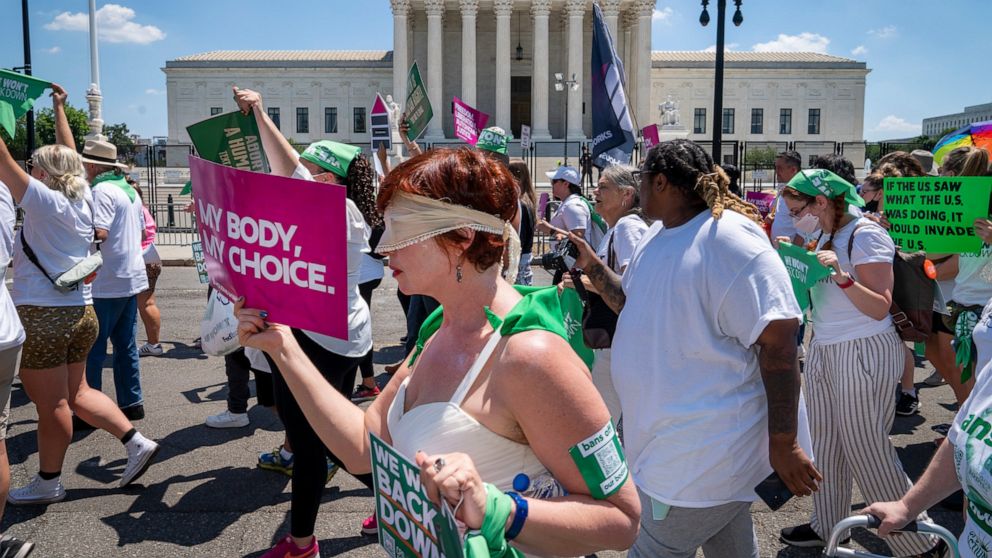 West Hollywood clears the way for bars to stay open until 4 a.m.
34 mins ago