Severe flooding and droughts are displacing people from their homes, and attendees at the COP26 climate summit pushed for action on adaptation to climate change

A key issue at the COP26 climate summit has been whether countries around the world will act together to address adaptation, tackling the worst effects of climate change happening right now. Last year 30 million people globally were displaced from their homes due to extreme weather and the problem will likely only get worse. But how seriously was the issue taken in Glasgow?

“My dad grew up in a village that doesn’t exist anymore,” Emi Mahmoud, a Sudanese activist, told a panel at the summit on the plight of those forced to flee their homes due to climate change.

Hotter temperatures mean rising sea levels, shrinking coastlines and more flooding. This is happening right now, Mahmoud said. The failure of crops in her home country is leading to people starving and struggling for money, she said. Across the world, homes are being lost to extreme weather events like hurricanes and wildfires.

RELATED:  We don't know how fast the universe is expanding, and that's a problem

Lower-income countries, like Bangladesh, and island states, like Fiji, want more money now to tackle the worst of these effects. If it does not come, people may have to flee their homes.

Arafat Jamal at the United Nations High Commissioner for Refugees says about 780,000 Sudanese people have been affected by flooding this year alone, and their displacement could lead to violence.

“People are not crossing borders yet. But in a country with 64 ethnicities and a history of conflict, you’re playing with fire when so many people are moving,” he says.

Jamal says there were flashes of violence last year in Mongalla in South Sudan after displaced people from nearby Jongeli state moved in after extreme floods but he says no such violence has been seen this year. “People are just trying to survive,” he says.

Floods are not new to Sudan but they are becoming more frequent and intense. The issue is not simply that people are losing their homes, they are losing their livelihoods and food too. “There are 16 million cows in the country,” Jamal says. “But they are not equipped to deal with mud. They just stand there and stay stuck.”

RELATED:  China Is About To Launch A Secretive Mission To Mars. Here’s What We Know (And Don’t Know) So Far

Jamal says some people are selling their cows for a tenth of their cost because they know their cows will starve to death anyway.

Waterlogged fields have also led to the devastation of sorghum crops, a staple used to make a type of bread. Jamal says if this becomes a permanent situation, millions of people will have to move to other parts of Sudan.

Aiyaz Sayed-Khaiyum, Fiji’s attorney-general, told one panel he was speaking on at COP26 that while more money keeps being plowed to cut emissions, not enough has been set aside for adaptation. “Mitigation [cutting emissions] is very sexy. It attracts a lot of private equity funding. Adaptation doesn’t.”

Andrew Harper, the UNHCR’s special advisor on climate action, says it’s important to note that most people who are displaced by extreme weather do not move across international borders. “Almost everyone tries to stay close to their communities,” he says.

Nevertheless, the lack of money for adaptation will clearly lead to more people being forced to move, he says.

More money needs to be spent on flood mitigation techniques and developing crops resistant to extreme weather, he says.

Harper says he was invited to be on several panels during COP26 to talk about this issue at length. “There was a lot of talking,” he says. “But I’m not sure how many people were listening.” 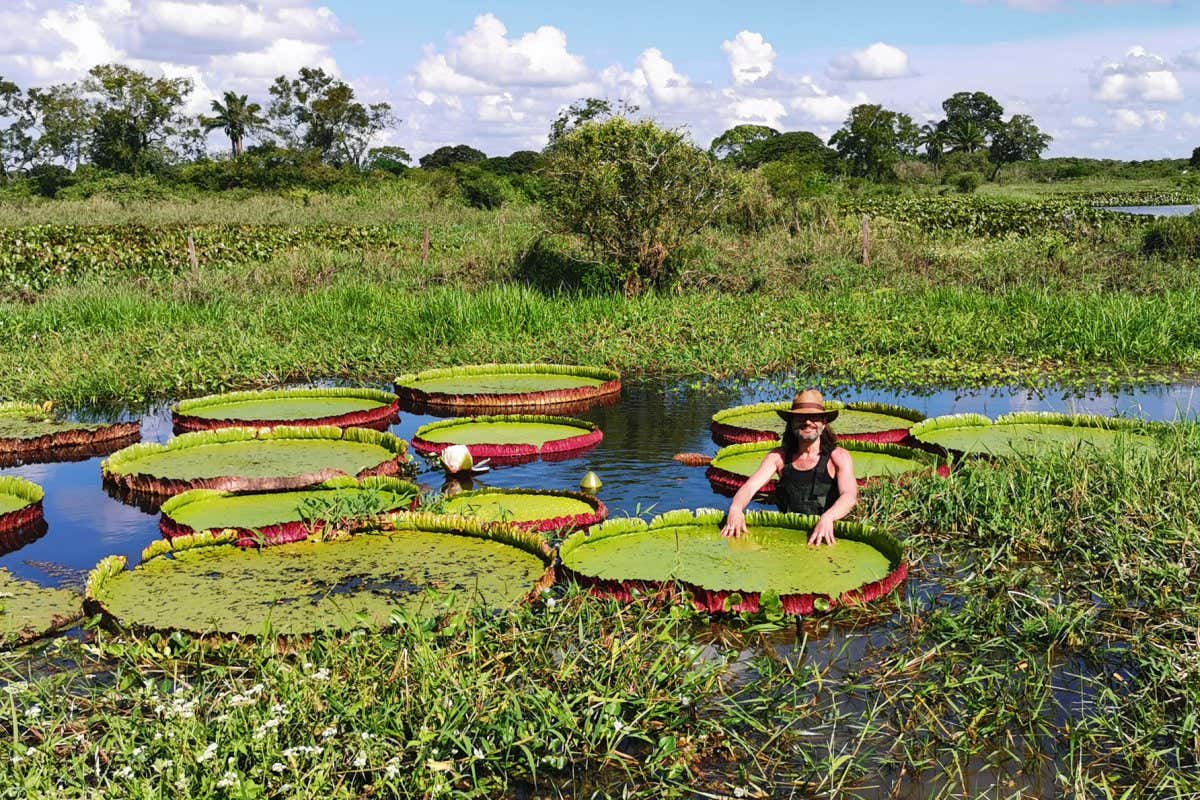 World’s largest water lily is a species of its own

Humans are making it hard to listen for aliens

Pausing the gas tax would have been great for Democrats. Instead we got a July 4 price increase
38 mins ago

Researchers use AI to predict crime, biased policing in major U.S. cities like L.A.
39 mins ago