Science‘s COVID-19 coverage is supported by the Pulitzer Center.

Michael Mina is out for blood—millions of samples, which a nascent effort dubbed the Global Immunological Observatory (GIO) would monitor for signs of pathogens spreading through the population. Instead of a telescope, it will rely on technology that can measure hundreds of thousands of distinct antibodies in a microliter of blood. If the GIO can overcome technical and logistical hurdles and find sustained funding, he says, it could provide a powerful tool for monitoring and responding to disease outbreaks.

For now, the idea is just a pilot project to track the spread of COVID-19. The stealthy spread of that disease through the population underscored the need for such a monitoring system, says Mina, an immunologist and epidemiologist at Brigham and Women’s Hospital and the Harvard T.H. Chan School of Public Health, who with colleagues outlines the GIO concept this month in eLife. (The co-authors include Jeremy Farrar, an infectious disease specialist and director of the Wellcome Trust, as well as vaccine and immunology specialists Adrian McDermott and Daniel Douek of the National Institutes of Health.)

Disease surveillance in the United States now relies on a patchwork of hospitals, clinics, and doctors to report unusual events to state health departments, which pass the information on to the Centers for Disease Control and Prevention. The need for faster, more comprehensive surveillance, Mina says, “was starkly clear with the inability to identify and model local circulation of COVID-19 in a timely fashion.”

RELATED:  Using hand gestures when we talk influences what others hear

Mina wants to watch for outbreaks by looking for antibodies to infectious agents in regularly collected, anonymized blood samples from every possible source—blood banks, plasma collection centers, even the heel needle sticks of newborns, which are taken in most states from every baby in order to identify genetic diseases. The samples would be identified only by geographical area. Chip-based platforms that can identify hundreds of thousands of antibodies are already produced commercially by companies including VirScan and Luminex. Mina says these could easily be scaled up to look at huge numbers of samples, either individually or in batches.

“This is an extraordinary and exciting concept,” says infectious disease specialist William Schaffner of the Vanderbilt University Medical Center. “It is an example of the kind of fresh new thinking we need in public health.” But, Schaffner adds, “The logistical challenges for such an endeavor could be daunting.”

Mina and his co-authors envision initially testing about 10,000 samples per day and later, if they secure funding to build up the project, some 100,000 per day for the United States alone. Even the smaller number could detect—far faster than the current reporting system—an outbreak of Zika virus in rural Louisiana, for example, or an eruption of West Nile virus in Colorado. The GIO could also accelerate the monitoring of seasonal influenza, allowing hospitals to prepare for patient surges and for public health officials to efficiently distribute vaccines.

Antibodies in donated blood or other samples could reveal where previously identified pathogens are returning or new ones emerge.

When a new infectious disease such as COVID-19 appears, the GIO could track its spread. The antibody-detecting chips wouldn’t necessarily have to be updated to spot a new pathogen, such as SARS-CoV-2, the virus that causes COVID-19. Researchers might see a rise in antibodies that nonspecifically target known pathogens—and might flag their unknown relatives. For example, a burst of antibodies that cross-react with known coronaviruses would likely have been seen in Chinese cities, such as Wuhan, as SARS-CoV-2 began to spread there.

The idea of regularly monitoring entire populations for antibodies arose in the lab of evolutionary biologist Bryan Grenfell at Princeton University, where Mina worked as a postdoctoral fellow. Now, Mina has joined Grenfell and Jessica Metcalf, also an evolutionary biologist at Princeton, in expanding the concept. Antibodies can signal not just people who are currently infected, but also those who had the disease and recovered. The GIO would also be able to distinguish different strains of a bacterium or virus infecting people because each produces a unique antibody signature.

The GIO team is already building a pilot laboratory in Massachusetts, while it looks to secure financial support. “Given the importance we believe this could have, we are beginning to look for funding from some of the major philanthropic donors of public health work,” Mina says. “We are currently exploring and open to all options.”

RELATED:  Meteorite recovered in the UK after spectacular fireball in the sky

Meanwhile, the team’s pilot project, supported by the Open Philanthropy foundation, is gathering many thousands of anonymous blood samples from the plasma-collecting company Octapharma. By screening them for antibodies to SARS-CoV-2, Mina and his colleagues hope to learn how useful widespread antibody testing can be in tracing the spread of the new coronavirus and possibly predicting future “hot spots” or localized outbreaks.

People often do not develop antibodies until well after infections; for SARS-CoV-2 it takes 1 or 2 weeks. But Mina says the antibody testing still provides valuable information. “A week into an outbreak isn’t huge,” he said. “For example, if we were doing this with [blood from] just a small fraction of New York, we would have detected that [SARS-CoV-2] was there in February and could have given [Governor Andrew] Cuomo plenty of ammunition to close down the city March 1 instead of March 19.”

The fate of genes after duplication 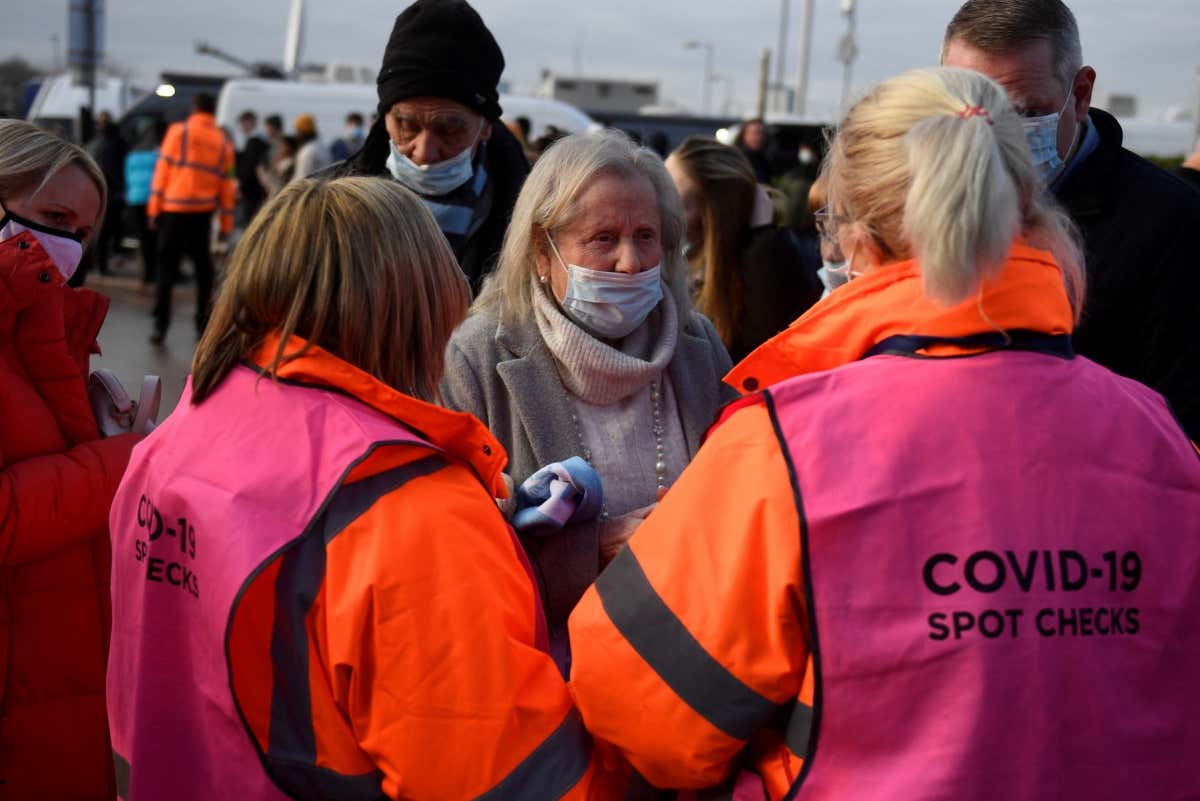 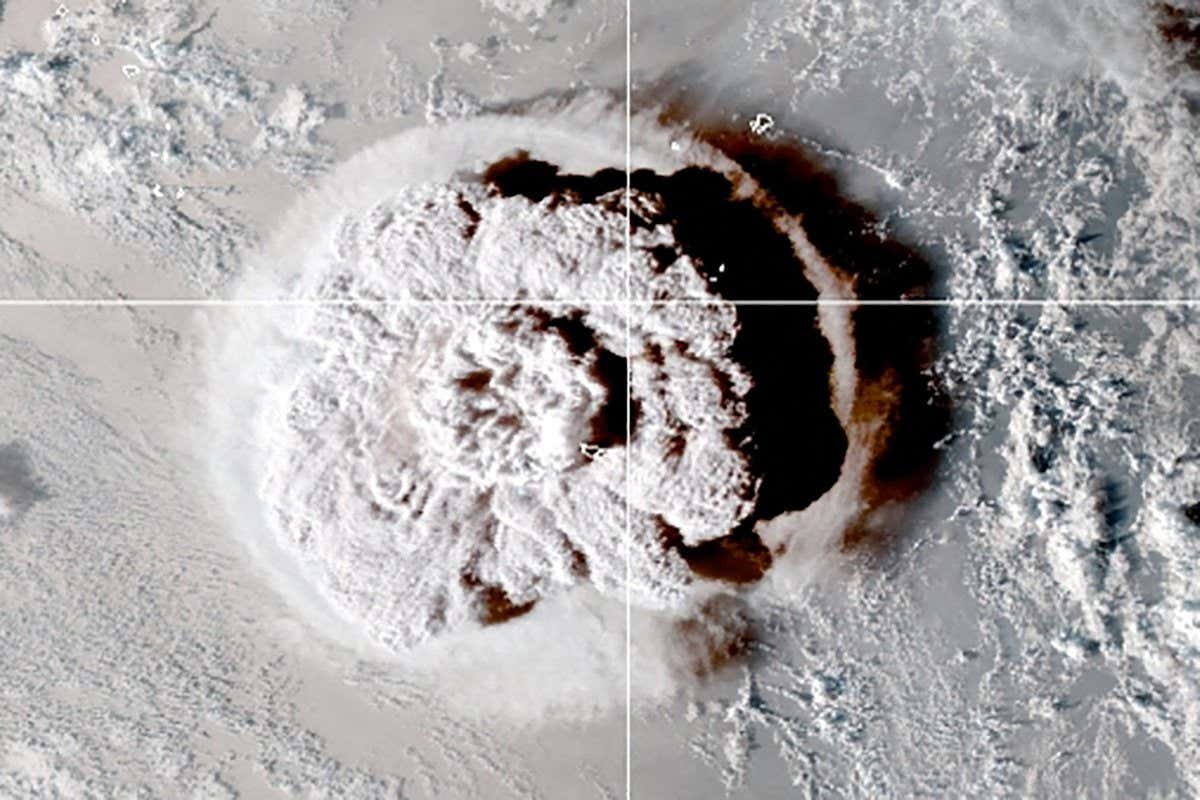 Volcano eruption in Tonga was a once-in-a-millennium event