The electric cars (thankfully no fumes in that enclosed space), crept quietly around the warehouse while their passengers tested out the phone’s video zoom and editing tools as well as some noise-canceling headphones that the company was also launching around this time. After the Blade Runner razzle-dazzle, however, the cars circled a small plinth and I was held hostage for a sterile slideshow touting market share growth. It killed the mood, after all the neon spectacle.

I handed back the demo Mate 40 Pro, which was wiped clean in both senses of the word, and the fancy car took me home. I spoke to a total of four people, including the driver, who remained socially distanced throughout. Even the car had apparently been professionally cleaned before picking me up.

It’s been an unprecedented year for big launches in tech. As the coronavirus halted mass gatherings, major events were either canceled or retooled for this pandemic era.

In the Big Tech event calendar, Mobile World Congress in Barcelona was the first to feel the effect of this year’s pandemic. Typically held in mid-February, MWC is the premier phone event of the year. In the weeks leading up to it, COVID-19 had become a global concern. But no one was changing their plans — I was still ready to fly out two weeks before MWC kicked off. Then, LG pulled out. Samsung “scaled back” its plans. Amazon and Sony both withdrew days later.

The GSMA, which organizes the annual show, held fast despite a growing number of companies pulling out. Then, 10 days before MWC was set to open, it was canceled. “With due regard to the safe and healthy environment in Barcelona and the host country today, the GSMA has canceled MWC Barcelona 2020 because the global concern regarding the coronavirus outbreak, travel concern and other circumstances, make it impossible for the GSMA to hold the event,” the GSMA said in a statement.

RELATED:  PS5 restock: Target tipped to have stock soon - here's what you need to know

Many reporters and analysts had long since canceled their trips. For a few upcoming devices, members of the press and industry insiders had already been pre-briefed back in their home cities. Other companies, like Sony, chose to launch their new phones via a YouTube livestream.

Tech events like MWC, IFA and CES carry extra risk during a pandemic. Not only do you have thousands of people convening from around the world inside crowded conference halls, but then there are the new gadgets on display for everyone to touch and play with. How many people, exactly, poked and prodded that touchscreen interface on Samsung’s new smart fridge? How many hands have dipped into those giant bowls and trays filled with free trade show swag and, shudder, finger foods? You can imagine the glowing microbes and their spread across a hectic trade show floor.

MWC’s cancellation was just the start. Facebook F8, Google I/O, SXSW and GDC were canceled entirely or downgraded to online-only events. As for E3, the biggest gaming event of the year, it was already going to be an unusual year, as both Sony and Microsoft planned their own splashy events centered around their next-gen consoles. Eventually, they were canceled too.

The result of E3’s cancellation was numerous individual streams and announcements from game publishers. Ubisoft eked out its Assassins Creed: Valhalla reveal over several video streams and press releases, including a very cool digital art sketch that unfolded in front of viewers. Other huge games this year, like Cyberpunk 2077 and The Last of Us Part II, were teased with a mixture of gameplay videos and delay announcements, as COVID-19 pushed back release dates across all gaming platforms. The effect was a quieter run of gaming news.

RELATED:  Will the New York Occasions Ever Cease Reporting on UFOs?

Apple’s big press events and its Worldwide Developer Conference (WWDC) wield arguably even more influence on the world of tech. Even for us non-developers, the WWDC keynote is where Apple teases major software updates, including new versions of iOS, macOS, watchOS and tvOS. This year was no exception.

This year, Apple had to morph its typical live event razzle-dazzle into a pre-recorded film, and the keynote was arguably better for it. There were no whoops or cheers from the live audience (no thank you, I’m British), and the pre-recorded material ran at a good clip, even particularly dense sections on Apple’s next-gen PC chip.

Apple followed WWDC with several fall events, including an iPhone event and the launch of Apple-made M1 silicon, starting with a series of new ARM-based Macs. The keynotes all took a similar format as WWDC 2020: a pre-recorded video hosted by Apple’s senior executives.

You might have noticed that our hands-on stories and impressions, typically done in a separate demo area next to Apple’s amphitheater, didn’t appear on our site until days later An army of reporters, bloggers, videographers and analysts all elbowing each other to touch a smartphone is great for spreading a virus, so that wasn’t going to happen. Weeks after the announcement, Apple set up a strictly policed hands-on meeting for people to test out devices like the iPhone 12 series, complete with ample space, lots of hand sanitizer and a no-handshake policy.

The effects of COVID-19 also meant Apple’s annual iPhone event was held in October, not September as is usually the case.

A new kind of hands-on

For people like me covering these tech events, briefings on new product announcements meant disjointed Zoom calls that were hundreds, if not thousands, of miles away. Huawei’s weird drive-through event was more a statement of intent than a realistic event strategy. Some companies, in the run-up to canceled conferences like MWC and IFA, even sent devices like laptops, phones and headphones to reporters so they could poke, prod and test for a few hours before a courier came to take them back, and deliver them to some other tech journalist.

While Apple’s press events seemed a little more straightforward (and maybe a little less fun), companies like OnePlus toyed with AR. Fans could check out the company’s newest phone, the OnePlus Nord, using augmented reality to project the new device into the ether. They could even add their own avatar to attend the launch event virtually. It was a little complicated — you needed a dedicated app to make it all work and it didn’t even add much — but at least it was different. The app has since been removed, but you can see what it was like here. Of course, I’ll never forget Huawei’s bizarre drive-through press event. I’ll probably forget the Mate 40 Pro, though.

What will 2021 hold for big tech events? For now, much of the same. CES 2021 will be online only, while MWC 2021 has already been pushed back to early summer. A “reimagined” E3 is still scheduled to take place in June, but there are scant details as to what might be done to mitigate the crowds. Once COVID-19 vaccines are commonplace, things may change, but they’re unlikely to change quickly. Companies will have to figure out how to pitch its products in the most direct, or most interesting, way possible.

The feel-good sports moments from 2020 you'll want to remember

Hitting the Books: Elon Musk and the quest to build a better rocket engine | Engadget 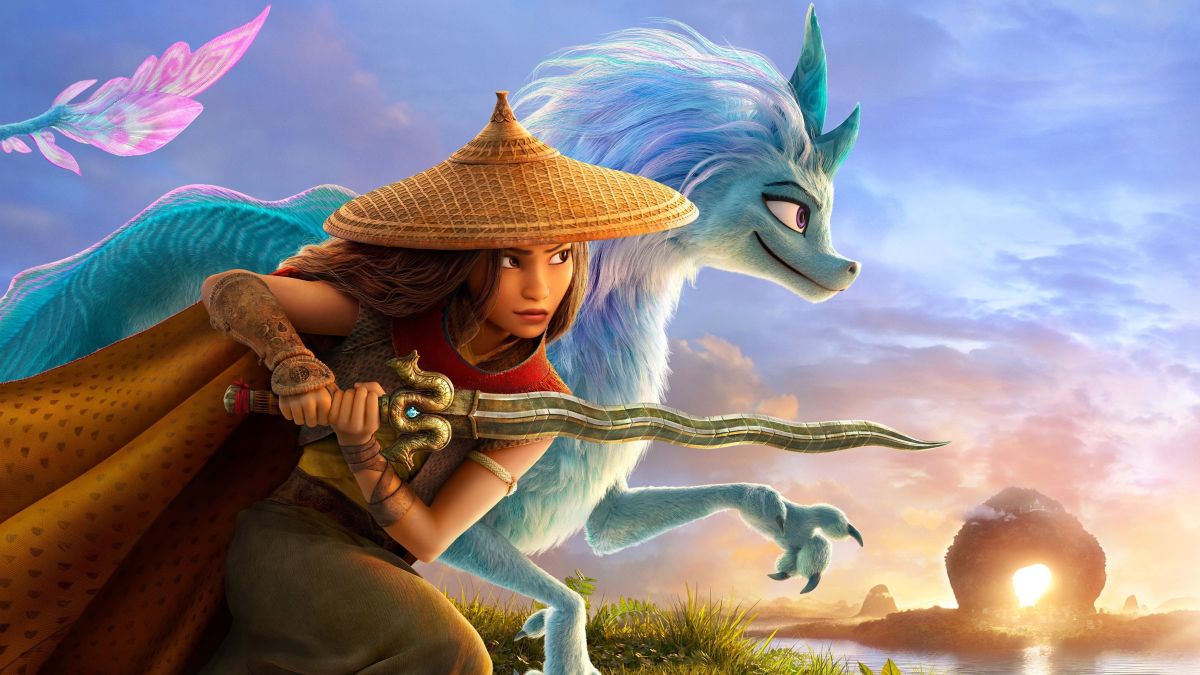 How to watch Raya and the Last Dragon online: stream the full movie on Disney Plus 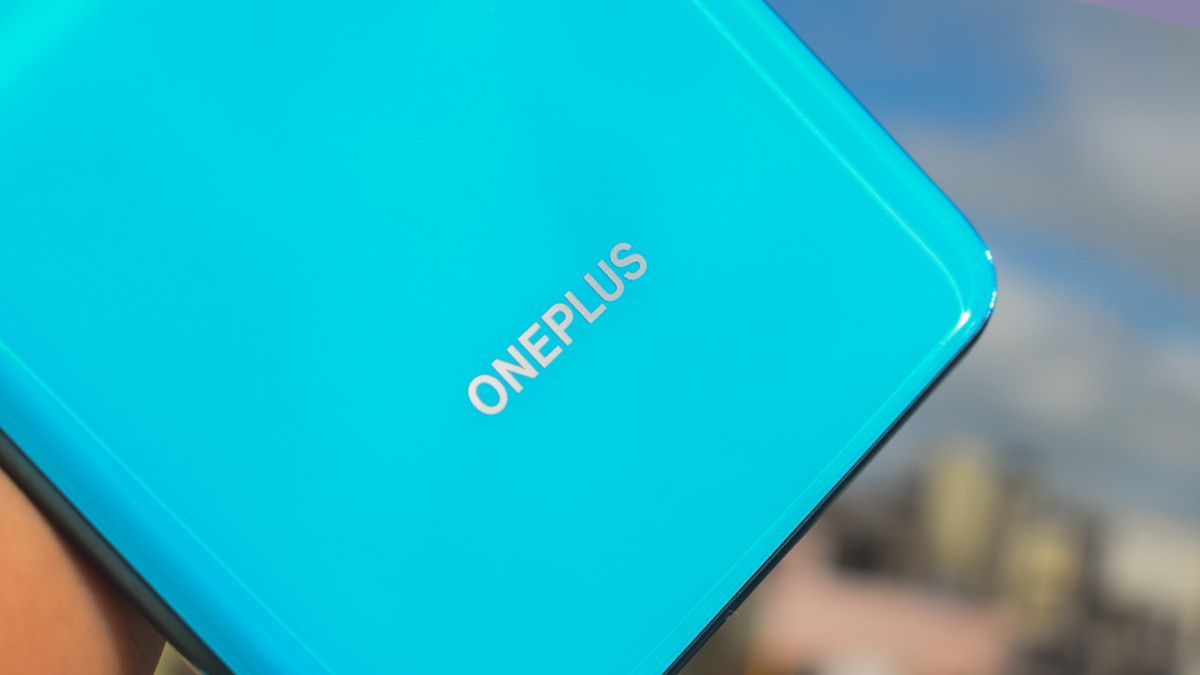 What are OnePlus phones? A guide to the company and its smartphones