When the Trump administration in 2018 unveiled a sweeping crackdown on economic espionage by the Chinese government, advocacy groups and academics raised concerns the effort could result in racial profiling and have a chilling effect on collaborations.

Then last week, federal prosecutors abruptly dropped charges against five Chinese researchers at U.S. universities accused of visa fraud, fueling fresh doubts about the “China Initiative” and bringing new calls for the Justice Department to end or revamp it.

The dismissals of the cases, which targeted scientists at such universities as UCLA, UC Davis, UC San Francisco and Stanford, represent an embarrassing setback in the federal government’s effort to combat Chinese economic espionage, which authorities say costs the U.S. economy at least $600 billion a year.

Rep. Ted Lieu (D-Torrance) said Monday he was urging the Justice Department’s inspector general to investigate “whether the China Initiative is putting undue pressure on DOJ officials to engage in inappropriate or illegal profiling.”

Rep. Judy Chu (D-Monterey Park) said in a statement that the administration’s decision to drop the charges “is more evidence that these investigations are rooted in racial profiling, not national security.”

“The results are shoddy cases like these that can nonetheless ruin the lives of those charged, even when the charges are dropped” she said.

Justice Department officials have defended the initiative, saying such investigations play a key role in addressing the espionage threat posed by China. Thousands of Chinese students and researchers in the U.S. are believed to be participating in Chinese government programs that incentivize and encourage them to transfer sensitive information back to China, according to Justice Department and intelligence officials.

On Monday, officials said the dismissals did not represent a policy shift. They said that they dropped the five cases, which the agency trumpeted in multiple news releases, after providing defense lawyers a memo by an FBI analyst who questioned the value of targeting visa violators to identify and halt the illicit transfer of technology to China.

“The type of visa obfuscation in these instances is not seen in and of itself an indicator of priority counterintelligence activity,” the analyst wrote. “At this time, there does not appear to be a significant overlap” of cases involving visa fraud and technology theft.

Federal prosecutors, acting days before the scheduled start of a trial, believed it would take too long to resolve questions in court about the memo. The trial, scheduled to start Monday in a Sacramento federal courtroom, was against Juan Tang, 38, who had applied for a visa to do cancer research at UC Davis.

The Justice Department on Friday moved to dismiss four more cases — at Stanford University, UC San Francisco, UCLA and Indiana University — because the legal issues and allegations were similar. The researchers, if convicted, faced relatively little prison time, and it did not seem fair for criminal cases to hang over their heads during what was expected to be a prolonged legal battle over the FBI memo, Justice Department officials said.

The initiative has long stirred controversy. Universities have feared that the scrutiny could drive away Chinese scholars and jeopardize future collaborations.

Advocacy groups have said that the Justice Department could better focus its resources on bigger economic espionage schemes that result in stolen technology, and that by focusing so much attention on Chinese economic espionage federal officials may be missing people stealing trade secrets for other nations.

An analysis by Asian Americans Advancing Justice found that nearly half of the 79 prosecutions brought by the Justice Department as part of the “China Initiative” did not include charges of economic espionage, the theft of trade secrets or related crimes. Instead, the group reported, prosecutors brought charges of tax and wire fraud, and lying on visa and grant application forms.

RELATED:  Far from the Olympic limelight, the waves of Fukushima are 'healing' for local surfers

Gisela Perez Kusakawa, a supervising attorney at the advocacy group who oversees legal intakes involving researchers prosecuted under the initiative, said that U.S. officials should provide more clarification on how it defines ties to the military.

Among those who saw their cases jettisoned: Lei Guan, a UCLA visiting researcher who had been charged with lying on a visa application to hide his ties to the Chinese military, making false statements, and destroying and altering records in a federal investigation.

Guan told agents that as a student, he occasionally wore a uniform on state holidays and underwent some military training that involved “a lot of walking, running and standing,” the affidavit said, but he insisted that he was just a “normal student” and not a military officer.

Guan was arrested in August 2020 and accused of destroying evidence after agents saw him pull a computer hard drive from his sock and throw it into a trash bin, Hurt wrote. He alleged that Guan discarded the damaged drive days after being interviewed by investigators and attempting to board a flight back to China.

Harland Braun, an attorney who represented Guan, said that the researcher was not comfortable speaking to the news media until he returned to China. He said that the hard drive had belonged to Guan’s fiancee and that she had been trying to minimize electronics to bring back home.

The pair were warned that “if you’re going through American customs be sure to minimize your electronics because then they’ll hold you up and [you’ll] miss your flight. That’s all the hard drive was about,” he said. “When they saw him throwing it in the trash, they concluded he was interfering with their investigation.”

In another dismissed case, authorities alleged that Chen Song, a 39-year-old neurologist who was visiting Stanford, had failed to indicate she was an active member of the Chinese military, saying that she had worked since 2011 as a military doctor.

Song answered “yes” on a visa form when asked if she had ever served in the military, according to the indictment, but later allegedly contradicted herself: In response to the prompts asking her “Rank/Position,” Song falsely indicated she was a student and lied about the date her service had ended, the indictment alleged.

“Dr. Song came to the United States for one reason: to become a better doctor,” said Ed Swanson, an attorney who represented Song. “While at Stanford, she did important research to help patients suffering from brain diseases — patients in the United States, China and throughout the world.”

But Justice Department officials maintain the U.S. government needs to be aggressive in countering the dire economic threat posed by China.

FBI Director Christopher A. Wray testified before Congress in April that the bureau was opening a new investigation into Chinese economic espionage every 10 hours and has about 2,000 open cases that “tie back to the Chinese government,” representing a 1,300% increase over the last few years.

Charlie Woo, the Los Angeles regional chair of the Committee of 100, a nonpartisan leadership organization of Chinese Americans that has raised concerns over the initiative, said he hoped the decision to drop the prosecutions marked a new approach under Biden’s Justice Department.

“We’re pushing for the new attorney general to really evaluate the China Initiative so the focus is on the main mission, which is to stop espionage from China but to not cast such an overreaching net that creates fear in the scientific community among researchers of Chinese descent,” Woo said. 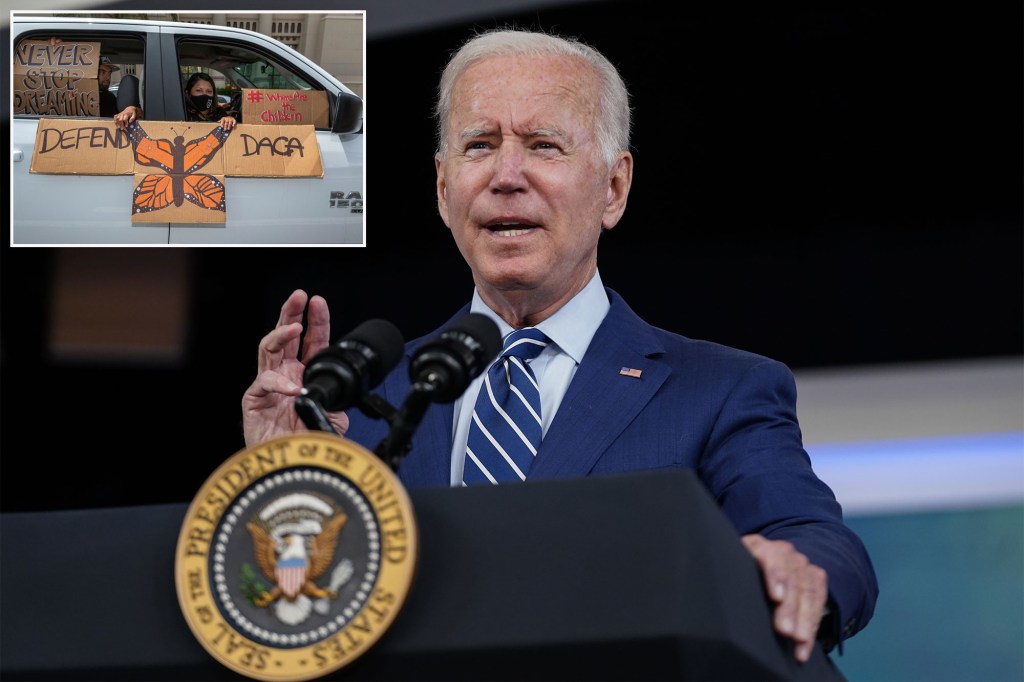