After previously indicating he might veto the measure, Gov. Gavin Newson signed a new law Wednesday that will make it easier for agricultural laborers to join unions, a hard-fought win for the United Farm Workers.

The official signature came after union members and their supporters made a 335-mile pilgrimage from Delano to Sacramento and then camped out in front of the State Capital for weeks as dignitaries visited — a vivid and theatrical display of political heft.

“California’s farmworkers are the lifeblood of our state, and they have the fundamental right to unionize and advocate for themselves in the workplace,” Newsom said in a statement announcing his signature. “California is proud to stand with the next generation of leaders carrying on this movement.”

The new law expands voting options for farmworkers by allowing them to vote by mail or drop off a ballot card at the Agricultural Relations Board. Farmworkers can also receive assistance filling out their ballots. Previously, secret ballot elections were held at a polling place designated by the state Agricultural Labor Relations Board.

Union officials said the changes are necessary to protect farmworkers from intimidation and even deportation for supporting a union.

But Newsom, who vetoed a similar measure last year, had until the 11th hour indicated he might not sign the bill. A spokesperson said last month that his office “cannot support an untested mail-election process that lacks critical provisions to protect the integrity of the election and is predicated on an assumption that government cannot effectively enforce laws.”

But the most powerful people in Newsom’s own party — including the president himself — begged to differ.

“Farmworkers worked tirelessly and at great personal risk to keep food on America’s tables during the pandemic,” Biden said in a statement. “In the state with the largest population of farmworkers, the least we owe them is an easier path to make a free and fair choice to organize a union.”

In signing the bill, Newsom also announced that his office, the UFW and the California Federation of Labor had come to a “supplemental agreement” that would put a cap on the number of card-check petitions over the next five years and would allow the Agricultural Labor Relations Board to protect worker confidentiality and safety. Those provisions, the governor said, would be “codified into law with a bill next year” that both the governor and the union have vowed to support.

Despite Cesar Chavez’s status as a national icon whose name now graces schools, parks and streets in towns across the state, the union he led has struggled in recent years. Estimates put membership at less than 7,000, and some critics complain that the union has not spent enough time actually organizing workers and winning contracts.

But the union remains a source of political might in California. It has successfully pushed for policies such as far-reaching rules that regulate how and whether workers can labor in heat.

It also exerts a powerful symbolic force. Earlier this week, dozens of Latino labor leaders and elected officials, including state Sen. María Elena Durazo and Lorena Gonzalez, the head of the California Federation of Labor, released a letter urging the governor to sign the bill.

The letter opened with a call to history, noting that many of them were the children of farmworkers and “we remember our parents returning with aching backs, blistered hands, and sunburned faces, smelling of the pesticides that surrounded them in the fields.”

Now that they are grown and “hold positions of power our parents could only dream of,” the letter continued, they are using that power to call upon the governor to “honor the hard work and sacrifice of generations of Latino workers and the legacy our families passed onto us.”

RELATED:  No defense presented for Steve Bannon in contempt of Congress trial

In the end, Newsom bowed to the symbolism. He made his way out of the ornate Capital building and over to the vigil where farmworkers had been camping out, signing the bill into law near the altar they had erected. 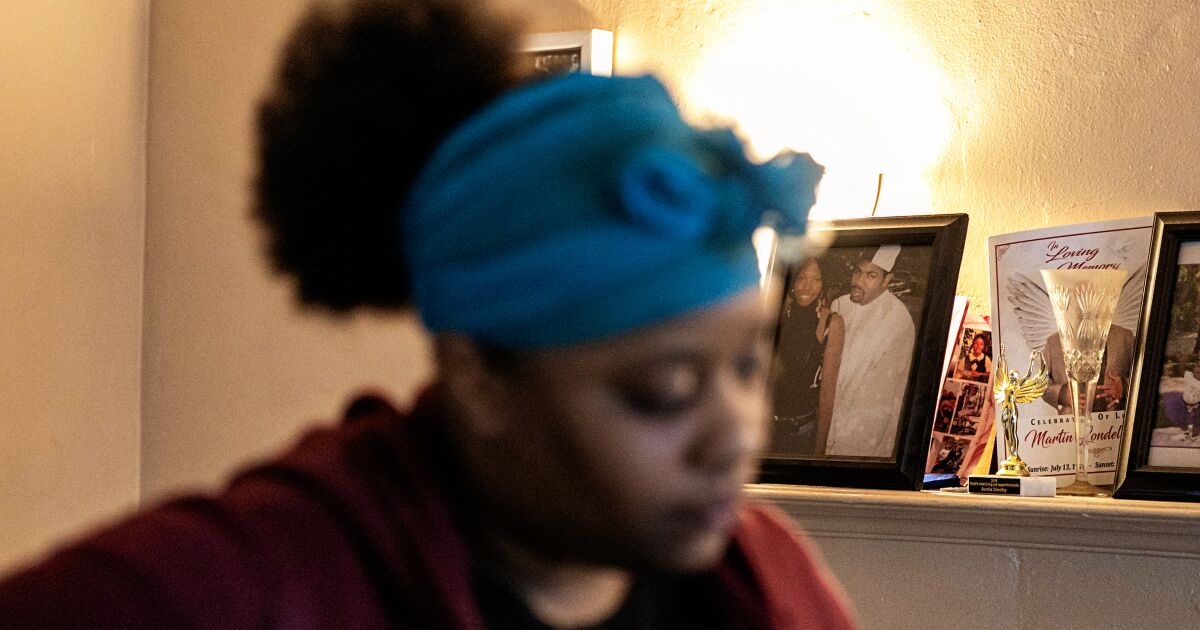