The head of the civilian panel that oversees the Los Angeles Police Department denounced in strong terms the resistance to COVID-19 vaccinations among LAPD officers on Tuesday morning, which he called “appalling.”

“I personally find it appalling that the personnel of a department charged with public safety would willfully, intentionally and brazenly endanger the lives of those who they have taken an oath to protect,” Los Angeles Police Commission President William Briggs said.

Briggs also called it “extremely dubious” that more than 2,600 LAPD personnel have legitimate medical or religious reasons to be exempted from the looming vaccination mandate for city employees, as they have claimed.

“I ask each officer who has yet to receive the vaccine to do so,” Briggs said. “You swore an oath to protect and serve. You need to uphold that oath.”

A recent Los Angeles city ordinance mandates that all employees be vaccinated by next month unless they receive a medical or religious exemption. Some LAPD officers have filed a lawsuit challenging the requirement, and thousands have filed notice that they intend to claim an exemption.

Briggs made his remarks at the start of the commission’s Tuesday meeting after noting a wave of public comments denouncing coronavirus outbreaks in the LAPD. Dozens of people emailed the commission after The Times reported Sunday that repeated coronavirus outbreaks had struck police and fire agencies across L.A. County since the start of the pandemic, including 37 identified outbreaks accounting for 1,061 cases within the LAPD.

“I hear you,” Briggs told those tuning in to the meeting. “We hear you loud and clear.”

More than 3,000 of the LAPD’s more than 12,000 employees have been infected since the start of the pandemic, according to the department. Ten LAPD employees have died from the virus, as have three spouses of LAPD personnel.

Most LAPD officers who have tested positive since June were unvaccinated.

Health officials say vaccines have been proven to be safe and effective against serious symptoms from COVID-19, significantly reducing the likelihood that someone who is infected will need to be hospitalized.

After Briggs spoke, Commissioner Steve Soboroff said he had the “utmost respect” for first responders, but also believes in the vaccination rules — and hoped those officers who haven’t already been vaccinated would “reconsider.”

“I want to plead to each of them, just to reconsider,” Soboroff said. “Whatever their thoughts are, give it a second look, taking away the anger, taking away the ‘I don’t want to be told what to do,’ taking away what my neighbors or friends at the bar might think.”

Soboroff also urged mask use, saying vaccines and masks are what is “going to put an end to this pandemic.”

It's Afghans in need of protection, not the EU's borders | View 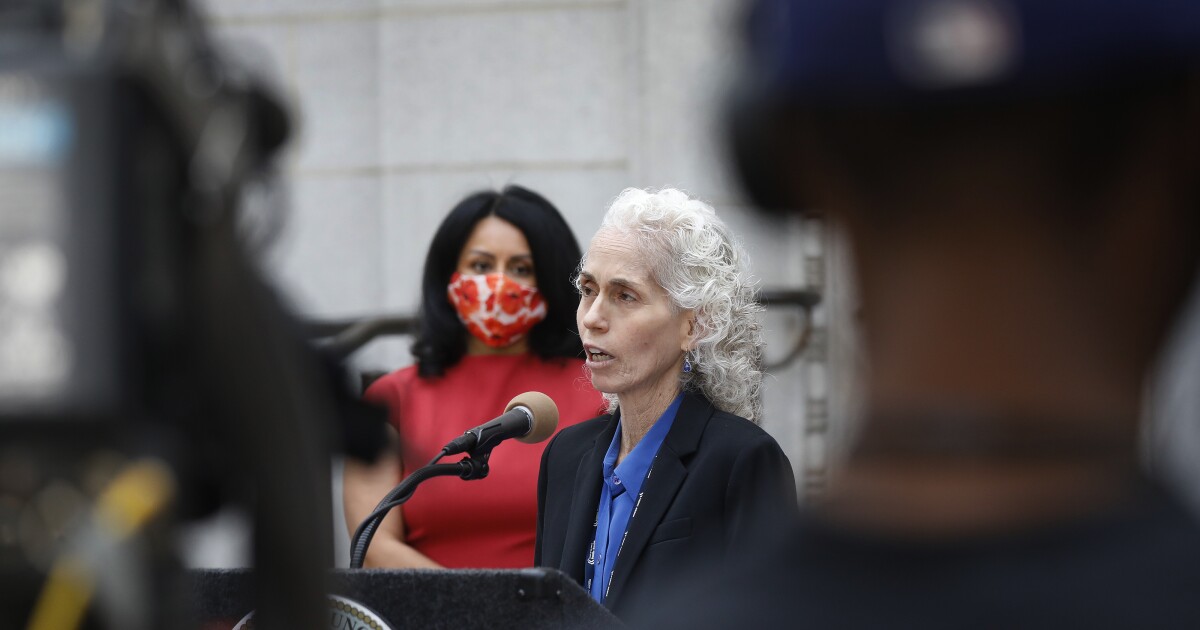