Two men were sentenced to life in prison Friday for the murder of a 3-year-old boy caught in the crossfire of a gang shooting in Compton.

The evening of Jan. 20, 2018, Franklin Pon-Ros was in the backseat of his mother’s car, waiting in the parking lot of Nate’s Liquor on Alondra Boulevard while his mother’s boyfriend made a purchase inside.

On his way back to the car, the boyfriend, Kevaughn Harris, exchanged words with Dwayne Ward, who was sitting in a nearby car. Rival gang members, the two pulled out handguns and started shooting at each other, sheriff’s officials said at the time.

Harris jumped into his girlfriend’s car and they took off.

Initially, Harris and Franklin’s mother, who was not injured in the shooting, didn’t realize the toddler had been struck, a sheriff’s official said. After driving for about a mile and a half, they saw Franklin had been shot and pulled over in Carson, where sheriff’s deputies took the boy to a hospital in an attempt to save his life. He was pronounced dead at the hospital.

Ward surrendered to the Sheriff’s Department two days after the shooting, and Harris was arrested two months later. Both men were charged with murder, attempted murder, shooting at an occupied car and possessing firearms as felons. A jury found both men guilty on all four counts in 2019, court records show.

Franklin’s paternal aunt, Socheata Ros, described her nephew as an “energetic, vivacious little boy” who loved the movie “Cars.” He carried a Lightning McQueen backpack and blanket wherever he went — his “security items,” Ros said. “If he was ever down or sad, he would hold those items and he would feel better.”

Ros, who helped raise Franklin, said she went to the Compton courthouse for every hearing, every day of trial, hoping by the end of it she’d have some understanding of the events that culminated in her nephew’s death. Three years later, the truth seems maddeningly petty.

One of the men was a Swans gang member, the other a Lantana Blocc Crip.

“At the end of the day, it’s a decision, the decision you make,” Ros said. It enrages her that the one who died that day was not an adult who chose to challenge and shoot another person but “the baby, the innocent 3-year-old baby.”

“He didn’t make a choice,” she said. “The adults made the choice.”

Her brother, Franklin’s father, is a broken man, she said. He struggles to get out of bed and hold down a job, and every time he sees Ros’ own son, who was close in age to Franklin and is now 7, he weeps. 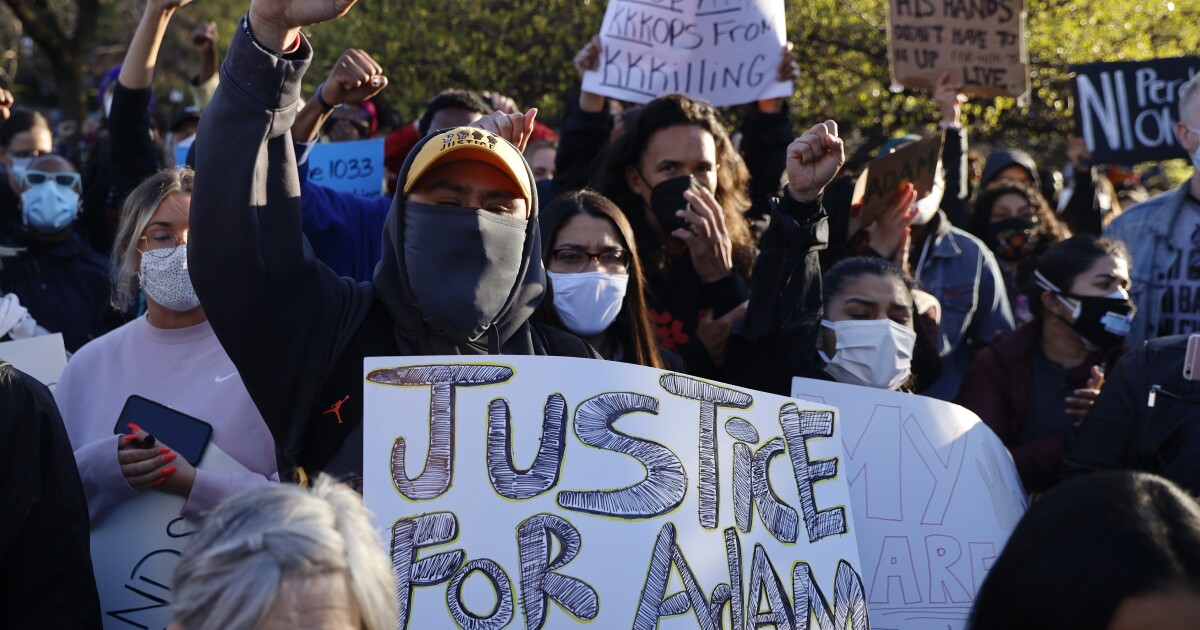 No one was driving Tesla before fiery crash that killed 2 passengers in Texas, authorities say
28 mins ago