The swarm of drones and missiles traveled almost 1,000 miles before streaking over Abu Dhabi’s skyscrapers on Monday morning.

Some then split off toward the industrial district of Mussafah, just a few miles away from the United Arab Emirates’ Al-Dhafra Airbase where U.S. forces are stationed, and smacked into large petroleum trucks of the state-owned oil company. The blast killed three people and injured six others.

The rest swerved towards Abu Dhabi International Airport and started a small fire in a construction site on the periphery, authorities said.

The attack, for which the Iran-backed Houthi militia claimed responsibility, marked the latest escalation in Yemen’s grinding seven-year civil war. It also complicated the calculus for the U.S. and its regional allies in a conflict with what appears to be only bad options.

The Houthis, members of a Shiite movement that had fought the Yemeni government for decades, first snatched control of Sanaa, the capital, in 2014 before turning to the nation’s southern regions in a bid to seize full control of the country. Saudi Arabia, a Sunni Muslim nation, fearing that Houthi control meant its regional Shiite adversary, Iran, would establish a foothold near its border, assembled a coalition with allies, including the United Arab Emirates. It also launched — with U.S. assistance — a punishing air campaign as well as a land and sea blockade to support Yemen’s government in exile.

Over time, hundreds of thousands of Yemenis have been killed in coalition airstrikes and ground combat or have starved to death — all of which have made the United Nations declare Yemen the world’s worst humanitarian crisis.

Though the Houthis regularly exchange missile fire with the Saudis, the Emirates had been spared since withdrawing its troops from Yemen in 2019, while continuing to train and assist anti-Houthi paramilitary groups. Those groups — along with Emirati drones deployed above them — were instrumental in pushing back the Houthis from Shabwah, a strategic, oil-rich province seen as a linchpin for controlling Yemen’s South and which the Houthis almost captured late last year.

“There had been an implicit and very valuable understanding between the Houthis and the UAE that they wouldn’t confront each other directly,” said Thomas Juneau, a Yemen expert at the University of Ottawa.

But the Houthis’ campaign in Shabwa challenged that understanding, he added. “As much as both sides don’t want to lose face in backing down, ultimately they do want to back down.”

Monday’s attack brought further escalation. Hours later, Saudi-led coalition warplanes pummeled Sanaa, the Houthi-controlled capital. It was one of the deadliest strikes there since 2019, killing some 20 people.

On Wednesday, the UAE’s ambassador and national intelligence director met with U.S. officials in the White House and Congress, while Defense Secretary Lloyd J. Austin III called Emirati Crown Prince Mohammed bin Zayed and “underscored his unwavering support for the security and defense of UAE territory against all threats,” according to a Pentagon statement.

The ambassador, Yousef Otaiba, also launched a concerted effort urging the Biden administration to re-designate the Houthis as a terrorist organization.

Biden, seeking to end the civil war as he also makes efforts to reinstitute a nuclear accord with Iran abandoned by former President Trump, reversed the 11th-hour terror designation of the Houthis in the last days of the Trump administration. Biden has also halted support for the Saudi-led coalition’s offensive operations and dispatched a veteran diplomat, Tim Lenderking, as special envoy to Yemen.

Asked on Wednesday if he would now go ahead with the re-designation, Biden replied at a news conference that it was “under consideration.”

“Ending the war in Yemen takes the two parties to be involved to do it,” he added. “And it’s going to be very difficult.”

The UAE said in a statement it “welcomed” Biden’s considering the re-designation.

But it remains unclear if such a step would bring results, experts say, or what other options the U.S. and the coalition can employ to avoid further escalation.

“The airstrikes and [Foreign Terrorist Organization] designation point once again to the limits of international leverage over the Houthis,” said Peter Salisbury, a Yemen specialist with the International Crisis Group. “And the problem is that a bad idea in the absence of a better alternative doesn’t become a better idea.”

Monday brought confirmation of the ongoing human toll of the conflict. The concern was justified when the U.N. said the coalition’s nighttime raid on Sanaa resulted in at least five civilian deaths. Among the victims were two women and a child.

Meanwhile, aid groups which had protested the terror designation last year because of legal obstacles it would impose on humanitarian deliveries to Houthi-controlled areas — the group controls much of Yemen’s north, meaning most of the population — raised the alarm again.

RELATED:  Inside the social media war that could turn the California recall

“The Biden administration didn’t make a decision to reverse this designation because of the Houthis’ conduct. They did it because of the devastating humanitarian consequences it would have, and moreover because it wouldn’t be effective diplomatically,” said Scott Paul, Oxfam America’s humanitarian policy lead, in a phone interview. “Nothing has changed from a year ago. This is high-stakes name-calling, and it’s Yemenis across the country that would pay the price.”

Pressing on with a military offensive is likely to spur more attacks from the Houthis on the UAE — anathema for a country that bills itself as a mecca for the business-first pragmatists in the region. And defending cities such as Abu Dhabi and Dubai against drones and missiles with current weapons systems isn’t feasible, said Michael Knights, an analyst with the Washington Institute for Near East Policy.

“The Emiratis want directed-energy weapons and interception way out of the cities,” Knights said, adding that such programs were still in their infancy. Meanwhile, Israeli leaders have raised the possibility of selling its Iron Dome anti-missile system to the UAE and Saudi Arabia.

The ongoing hostilities have also affected shipping. On New Year’s Day, the Houthis hijacked a UAE-flagged tanker, the Rwabee. The vessel and the crew are still held, Houthi officials said, pending a legal case for breaching Yemen’s territorial waters.

The backdrop to the attacks is the U.S.’ diplomatic engagement with Iran over its nuclear weaponry development program. That has left Saudi Arabia and the UAE, both cheerleaders of the Trump administration’s “maximum pressure” campaign on Tehran, seeking their own rapprochement with their longtime adversary, even as they insist, along with the U.S. and Israel, that Iran directs the Houthis and has supplied them with advanced weaponry to wage their attacks as part of a network of Iran-backed militias across the region. (In recent days, Iran-linked militias in Iraq had also issued threats against the UAE, hinting at some kind of coordination.)

Iranian leaders contend the Houthis are fighting their own battles and deny supplying them with advanced weapons.

The UAE, which also hopes to renew economic links with Iran, has led re-engagement efforts. Last year, it dispatched its national security advisor to meet with Iranian President Ebrahim Raisi in Tehran and invited him to visit in February. That invitation has yet to be rescinded after the Houthis’ strike nor have Emirati officials named Iran in their statements of condemnation.

“The UAE is after two tracks when it comes to Iran: Confront Iranian militias and Tehran’s tentacles in the region and now in Yemen, so we’re pushing on that military side while at the same time we’re handling the diplomatic track,” said Abdulkhaleq Abdulla, an Emirati political science professor.

The Houthis contend their arsenal is locally manufactured. A confidential U.N. Security Council report viewed by the Los Angeles Times said the Houthis build most of their missiles and rockets using local materials, as well as components sourced from abroad through a complex web of intermediaries in Europe, the Middle East and Asia.

Houthi officials say they have no need to coordinate such attacks with anyone.

“We have a very large war being waged against us; isn’t that justification enough to respond to this aggression? We were defending ourselves back when we didn’t have these capabilities,” said Nasr al-Din Amir, deputy chief of the Houthis’ ministry of information, vowing that the group would attack anyone who attacked it. “Let the world today end the nuclear standoff with Iran. If it happens and the war upon us continues, then we’ll continue fighting.”

In the meantime, said Ahmed Nagi, a non-resident scholar at the Malcolm H. Kerr Carnegie Middle East Center, that has left policymakers in a quandary.

“Either you go for escalation, and expect drones and attacks from your sides. The other option is to surrender to the Houthis’ conditions and withdraw … or you try to achieve a military stalemate and work on the diplomatic track,” Nagi said.

But with the Houthis unwilling to meet even with the U.N. envoy, that balance may be hard to achieve, said Mohammad Basha, a Yemen expert at the U.S.-based Navanti Group, a consultancy.

The path for peace and stability in Yemen seems far-fetched at this stage,” he said. “Houthi leadership had gone on the record and said they will not stop military operations until every inch of Yemen is liberated.”

NHL's first Black player, Willie O'Ree, discusses his legacy on and off ice - "The Takeout" 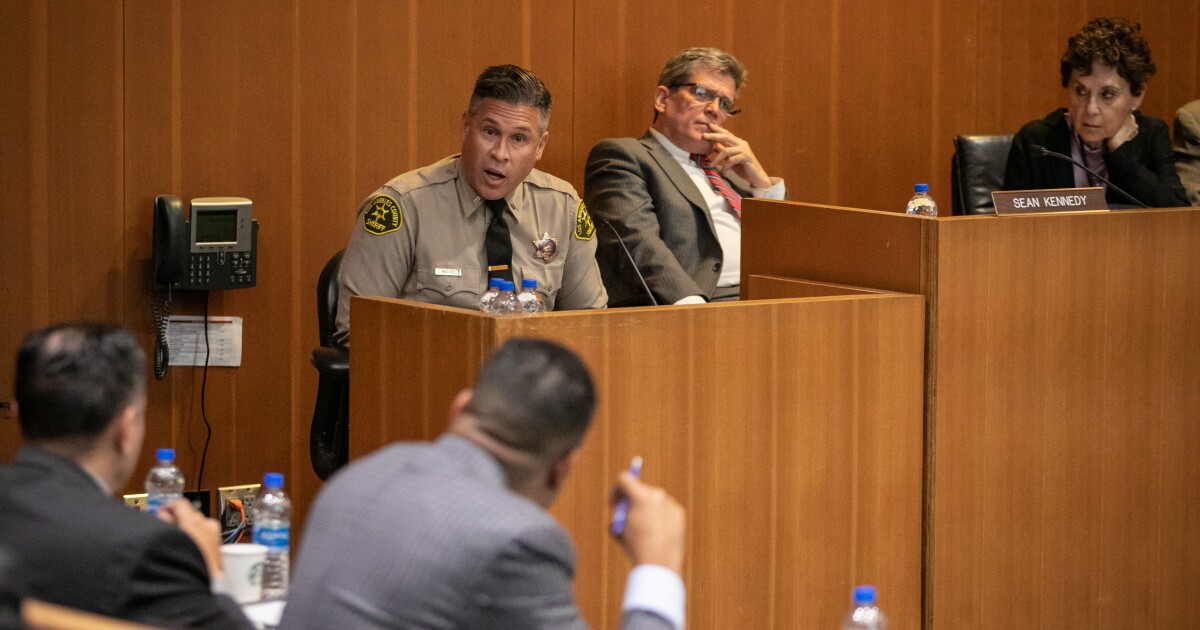 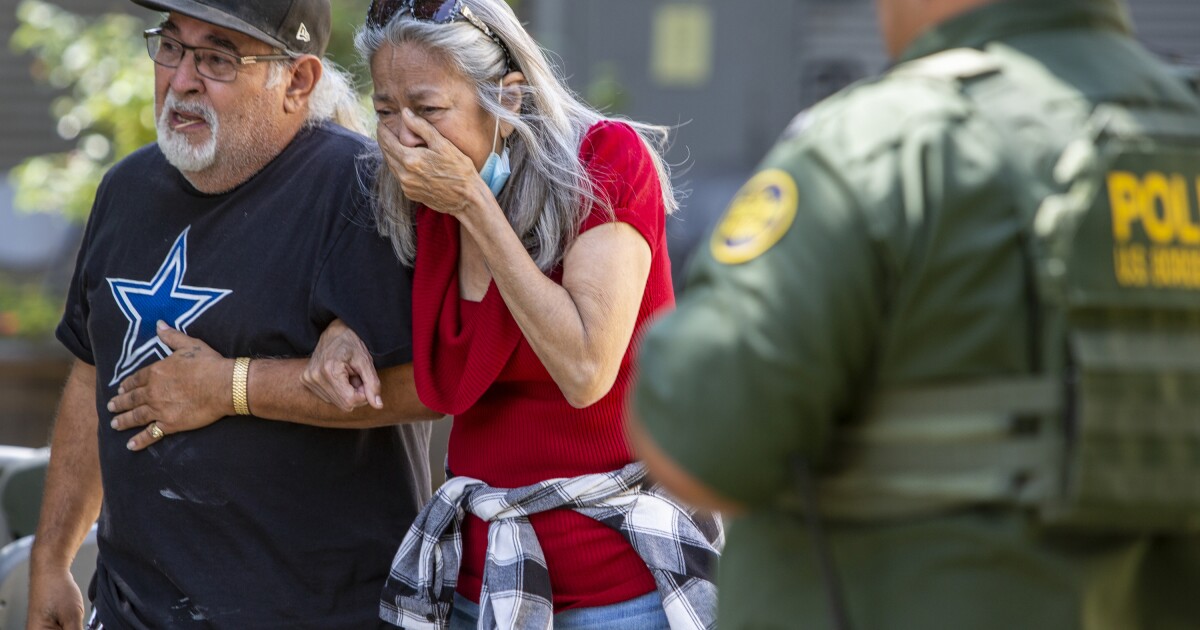