WASHINGTON – U.S. President Joe Biden will set the tone for his foreign policy vision during his first major speech at the State Department on Thursday.

While his remarks may not outline the specifics of a new U.S. approach to foreign adversaries including China, North Korea, Russia and Iran, Biden is expected to lay out his vision to ramp up outreach to allies to confront common global challenges.

Wednesday, White House press secretary Jen Psaki said during a briefing that Biden would speak broadly but would not offer specifics on foreign policy. Psaki said the U.S. president believes the United States must work closely with allies on China.

State Department spokesman Ned Price echoed that sentiment during a press briefing later in the day.

FILE – U.S. Secretary of State Antony Blinken removes his face mask as he arrives to hold his first press briefing at the State Department in Washington, Jan. 27, 2021.

In response to a question from VOA, U.S. Secretary of State Anthony Blinken told reporters last week that the relationship between the U.S. and China was “arguably the most important relationship that we have in the world going forward.”

How to handle supply chain and intelligence threats from China is among the top priorities of the administration. It has been reported that Biden is soon expected to sign an executive order to review U.S. supply chains, with a focus on coronavirus relief suppliers from foreign competitors.

“We know that China is engaged in a range of conduct that hurts American workers. It blunts our technological edge, it threatens our alliances and influence in international organizations, and China is engaged in gross human rights violations that shock the conscience,” the State Department’s Price said this week.

“So we will counter China’s aggressive and coercive actions, sustain our key military advantages, defend democratic values, invest in advanced technologies and restore our vital security partnerships,” he added.

The new U.S. president has spoken by phone with several foreign leaders since taking office, including officials from traditional U.S. allies and Russian President Vladimir Putin. During the call to Putin, the White House said, Biden raised contentious issues such as the arrest of opposition figure Alexei Navalny, as well as Moscow’s cyber-espionage campaign, while seeking common ground by agreeing to extend a landmark nuclear arms deal with Russia.

“We remain clear-eyed about the challenges that Russia poses to the United States and the world,” Blinken said in a statement.

He added the U.S. would “work to hold Russia to account for adversarial actions as well as its human rights abuses, in close coordination with our allies and partners.”

Also Wednesday, the U.S. said it was “disturbed” by reports that ousted Myanmar leader Aung San Suu Kyi was charged following the military’s coup on Monday.

“We are aware of reports that State Councilor Aung San Suu Kyi and President Win Myint have been charged with crimes and the National League for Democracy members of Parliament have been ordered to vacate laptops,” said Price during Wednesday’s State Department press briefing.

“We call on the military to immediately release them all, and all the civilian and political leaders, journalists, and detained human rights activists, and to restore the democratically elected government power, as President Biden has said the military seizure is a direct assault on the country’s transition to democracy and the rule of law.”

Misinformation between COVID vaccine and infertility raises alarm for women 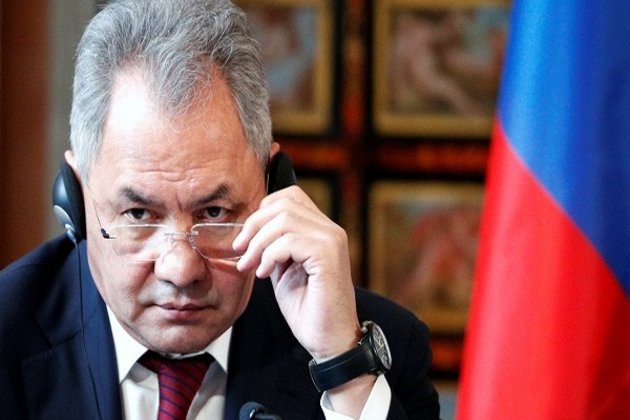