BEIJING, July 1 (Xinhua) — The international community has spoken highly of General Secretary of the Communist Party of China (CPC) Central Committee Xi Jinping’s remarks at the CPC centenary ceremony on Thursday, which looked back on the party’s glorious history and ahead to the bright future of the Chinese nation’s great rejuvenation.

Addressing the ceremony at Tian’anmen Square, Xi, also Chinese president, said that all the struggle, sacrifice, and creation through which the CPC has united and led the Chinese people over the past hundred years has been tied together by one ultimate theme — bringing about the great rejuvenation of the Chinese nation.

Today, the image China presents to the world is one of a thriving nation that is advancing with unstoppable momentum toward rejuvenation, Xi said.

Foreign leaders, officials and experts noted that over the past 100 years, the CPC has led the Chinese people to overcome various difficulties and make great achievements, writing a glorious chapter in the history of both the Chinese nation and human civilization.

They said they believe that under the leadership of the CPC, China will make greater achievements in fulfilling the Chinese Dream of great national rejuvenation, as well as greater contributions to global development and human progress.

“This is a phenomenon in the global economic history,” and China would have not been as prosperous as today without the CPC, she said.

Elon Musk, chief executive of U.S. tech firm Tesla, tweeted that “the economic prosperity that China has achieved is truly amazing, especially in infrastructure! I encourage people to visit and see for themselves.”

Robert Griffiths, general secretary of the Communist Party of Britain, said that “the achievements of the CPC are undeniable, and are there for all to see.”

He noted that nowadays, the Belt and Road Initiative and other ones proposed by China keep bringing opportunities for other countries to fast-forward their economic and social development.

Cambodian government chief spokesman Phay Siphan said that under the leadership of the CPC, China has attained great achievements in various fields and brought a better life to the Chinese people.

RELATED:  China's hog costs down 9.9 pct in mid Might

Siphan said that China has also made important contributions to safeguarding world peace and stability as well as to boosting international cooperation and the development of multilateralism.

Cavince Adhere, a Kenya-based international relations scholar, spoke highly of the CPC’s people-centered philosophy and the contributions the CPC has made to the progress of mankind and the development of the whole world, saying that “with the CPC at the helm, China has become a strong voice of multilateralism.”

The CPC’s leadership has always been visionary and people-centered, said Humphrey Moshi, director of the Center for Chinese Studies at the University of Dar es Salaam in Tanzania.

According to the expert, there has always been close communication between the CPC and the Chinese people, which facilitates swift execution of decisions within the country, and China’s success in fighting COVID-19 is a result of the country’s effective structure of communication, coordination and execution.

The CPC has not only established a framework for China’s sustainable and inclusive development, but also made landmark and unprecedented achievements, noted Charles Onunaiju, director of Nigeria’s Center for China Studies.

The CPC, he added, has been the decisive social force in the construction of modern China. 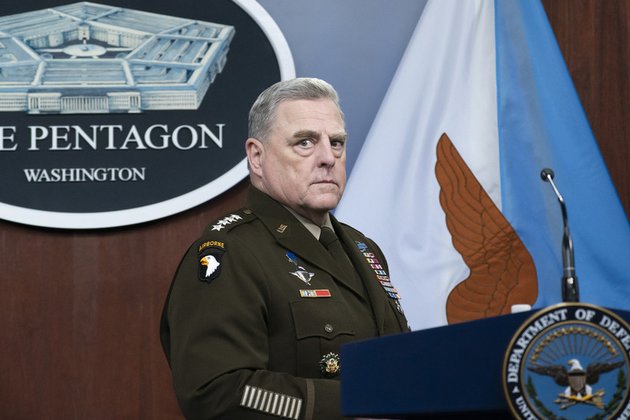 US general insists he is apolitical