EDMONTON—Three northern Alberta First Nations are asking to appeal the province’s suspension of environmental monitoring in the oilpatch because it “fails to come close” to being a reasonable decision.

Alberta’s Opposition leader called on Monday for the head of the province’s energy regulator to resign over the suspensions.

“We’ve gone from having a world-class monitoring agency and we’ve turned it into a backroom, deal-making agency in the course of just a few months.”

The Mikisew Cree First Nation, the Fort McKay First Nation and the Athabasca Chipewyan First Nation have filed their request to the regulator’s internal review body. The Alberta Energy Regulator made the decision earlier this spring to suspend monitoring in what it said was an attempt to keep workers and communities safe during the COVID-19 pandemic.

Companies no longer have to monitor fumes released by burning, or look for and repair leaks of methane, a potent greenhouse gas. Surface water need no longer be tested, unless it escapes into the environment.

Most soil and groundwater monitoring is gone. In-situ oilsands operations no longer have to conduct any wildlife monitoring or research. Reclamation and wetland monitoring is also suspended.

RELATED:  Next generation of language keepers

Although some operations must resume Sept. 30, most suspensions have no end date.

“There was no consultation. There was no notification of any kind,” said Melody Lepine of the Mikisew Cree. “We were all quite shocked and quite upset.”

The appeal argues that the suspensions were made without any rationale linking specific activities to COVID-19 risks and despite work continuing at energy facilities. It points out the hold on monitoring came as Alberta was starting to ease its lockdown and weeks after the province declared a state of emergency over the pandemic.

An email from the regulator states the ministerial order indicates the suspensions lapse 60 days after the state of public health emergency ends, or August 15, 2020, whichever is sooner.

The appeal alleges the move was made at the urging of industry without any attempt to hear from anyone else involved.

“The long-term consequences of this disregard for the separation between the regulator and the regulated are highly troubling,” says the appeal.

RELATED:  NDP support for spending bill assures no election in midst of pandemic

“(They are) to allow proponents to effectively trigger AER decisions … in a way that circumvents the AER’s application process (and) undermines the integrity of the entire statutory regime for energy development in the province.”

Tobin, however, noted the decisions on which requirements to suspend were based on assessments by technical experts and were “carefully chosen to address the conflicts between public health orders and AER requirements.”

Notley said Pushor, who took over the agency after its previous head left under a cloud of financial wrongdoing, is too close to the Premier Jason Kenney’s United Conservative government to be an independent regulator.

“There’s no question that Pushor is an extension of Kenney’s UCP agenda. They’re one and the same.”

She said consulting with First Nations affected by a regulatory decision should be “instinctive” by now.

“They walked through the looking glass into a world that’s 25 years old.”

Lepine said First Nations still haven’t been given any explanation of how the province will track environmental impacts during the suspension.

Monitoring is one of the conditions under which companies are granted access to the land, Lepine noted.

As well, Canada has made international promises to increase monitoring of Wood Buffalo National Park downstream of the oilsands, and the government’s decision may break those promises, Lepine said.

She said no information has been forthcoming about the impact of the suspensions on the quality of long-term monitoring.

“Was there an assessment done to evaluate this decision?” Lepine asked.

“These programs collect data over decades and are able to accommodate some breaks in collection and still allow us to assess changes in the environment,” Tobin said. ‘I try to be the voice for my daughter’: six months since Chantel Moore’s death, family still seeking answers 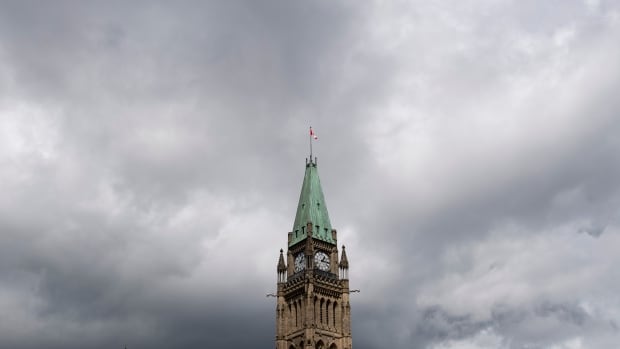