Ontario is rushing to administer thousands of doses of the AstaZeneca COVID-19 vaccine before they expire.

A stockpile of 45,000 doses expires Monday, a large chunk of which have yet to be distributed to pharmacies administering the vaccine.

Ontario stopped giving out first doses of the AstraZeneca vaccine earlier this month after it was linked to an increased risk of a rare but serious blood clotting disorder.

The province started offering second shots of the vaccine this week — at a 10-week dosing interval — to the first batch of AstraZeneca recipients in order to use up the doses.

Watch: Justin Bates, the CEO of the Ontario Pharmacists Association:

About 45,000 thousand AstraZeneca doses could soon expire in Ontario. Justin Bates, the CEO of the Ontario Pharmacists Association, tells Power & Politics there is a real risk those doses could end up in the garbage. 4:48

People in Ontario who received the vaccine between March 10 and March 19 in Kingston, Windsor and Toronto are eligible to book second doses — though just 162 of the original 325 sites are participating this time around.

RELATED:  R.M. of McKillop first Meeting of the New Year

The province’s outbreak response coordinator Dr. Dirk Huyer said Thursday that they have distributed 26,000 of the expiring doses so far and they are aiming to ensure pharmacies have enough time to administer them all before they expire.

“I’m hoping we won’t have any vaccine that gets to the expiry date,” Huyer said.

But almost 100 pharmacies in Toronto alone were waiting for their deliveries as of Thursday, Bates said.

“This is a precarious position to be in and certainly frontline pharmacists are feeling it from the public coming in with a lot of demand for these second doses but not much supply to meet that demand,” Huyer said.

‘Unconscionable we would be sitting on vaccines’

Dr. Michelle Cohen, a family physician in Brighton, Ont., said her clinic had been sitting on more than 200 AstraZeneca doses after public health officials told her to stop administering them as first doses.

“We asked repeatedly for some guidance on what to do,” Dr. Cohen told guest host David Common.

After two weeks, officials came to pick up the doses on Thursday she said, presumably to be redistributed to the three areas currently giving second doses.

Dr. Cohen said she wished health officials would have allowed her to administer them as second doses in her community.

“I think it’s unconscionable that we would be sitting on vaccine in our fridges knowing it’s going to expire and only allowing a very narrow group to receive their second doses,” she said. “Much of it will go to waste and it’s shameful.”

You can watch full episodes of Power & Politics on CBC Gem, the CBC’s streaming service.

Kim Kardashian and Family All Had COVID, Shut Down 'KUWTK' Production 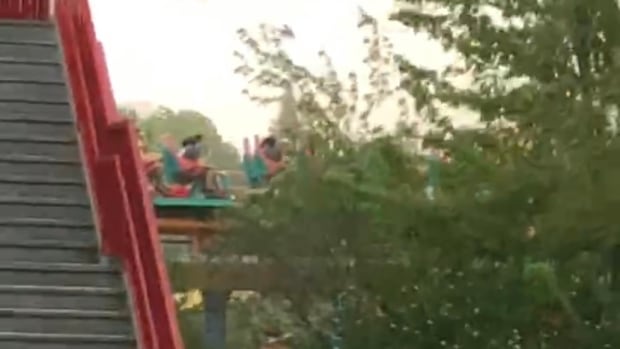